Racing in winds which were much lighter than Cascais has built its reputation for, Doug DeVos US flagged Quantum Racing has the early lead of the Rolex TP52 World Championship after opening with two second places.

Defending champions Sled were penalised in Race 1, the resulting turns costing them three places and with that the chance to lie second overall. Takashi Okura’s crew atoned immediately by winning the second race, passing Quantum Racing on the first run, that victory elevating them to fourth overall one point behind Platoon and Phoenix.

With the wind in the west blowing between eight and ten knots over both races Quantum Racing, with owner-driver Doug DeVos on the helm, started well and showed excellent patience and risk management to be able to deliver two good second places on what was a complex race course when tidal currents as well as wind pressure and shifts dictated strategies. 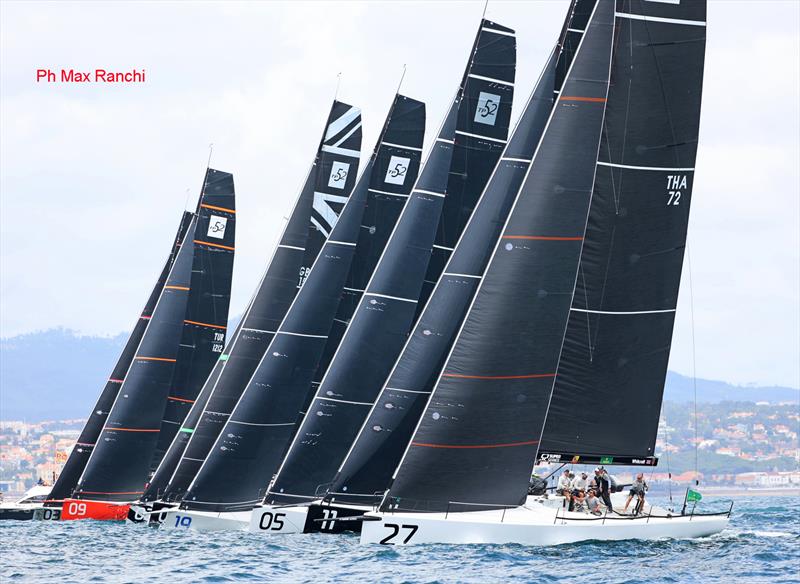 Andy Soriano’s Alegre, who took third here 2018’s strong breezes, recognised the advantage to be gained on the left side on the top third of the windward leg and were able to lead the Whitcraft family team on Vayu around the top mark first time up. The Thailand flagged team fell prey to Quantum Racing on the second beat but were able to hang in for a third in the first race. They were in the mix early in the second race but dropped to sixth but Vayu finished the day on nine points, the same as defending champions Sled and Alegre. All three are just a point behind Phoenix and Platoon. 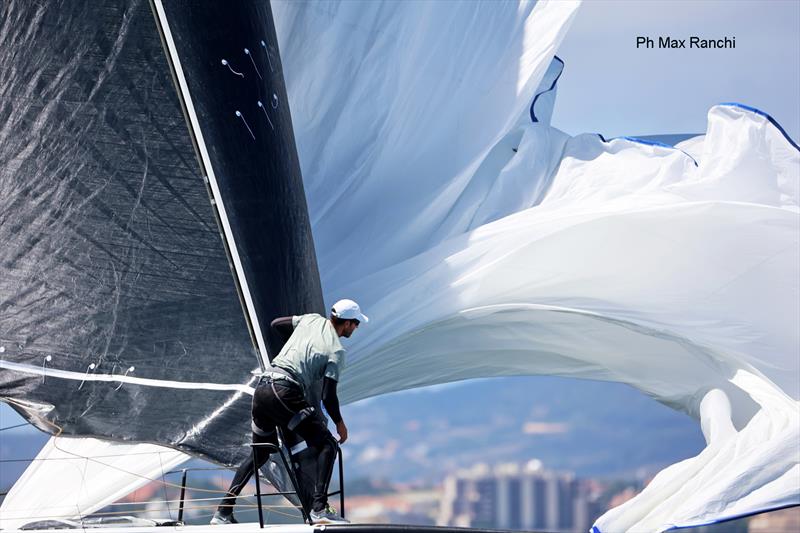 Lucas Calabrese, the Argentine 470 Olympic medallist who is strategist on regatta leading Quantum Racing admitted this is his first ever regatta in Cascais but they are a team with masses of experience of these Atlantic waters, not least winning last time the 52 SUPER SERIES were here in 2018 and 2019.

“We managed to survive the day with two second places which is a good start. Our goal is just to get to the last day with a chance to win and so we accomplished that. Our key attribute today was managing the risk and we had a constant conversation on board today, where to place the boat. We were patient when we had to be, risk management was key. It was a tricky day as the low pressure is moving down and so we were expecting the left shift all day local knowledge in Cascais favours the right side some of the time. So we were managing the high lane or low lane on port and the high lane on port was pretty good.” 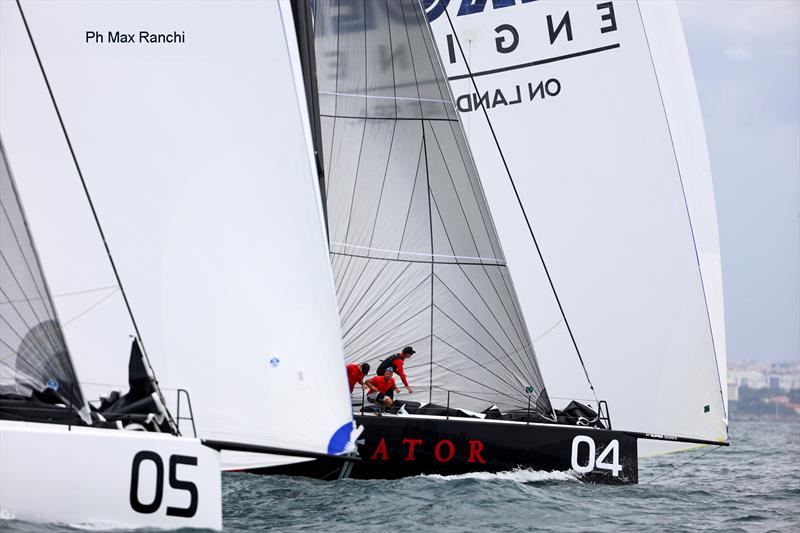 The defending champions Sled’s Italian navigator Andrea Visintini explained,”It was a little bit of an uphill battle after that penalty on the first bottom rounding on the first race. We were really in the mix but in this strong fleet a penalty it is difficult to fight back. But we did not just let it go, we managed to get one boat back. So we were full of energy and raced the second race well and won. We are happy.

The breeze was something to watch and use but especially in that second race the current made a big role in the strategy and we were monitoring the current. There were two rivers of current and we managed to stay in the most favourable one. We did well in the second race. So we are 50 per cent happy with our day!”