Less than 200 days out from the Tokyo Olympic Games, Australia’s iconic Sail Melbourne International regatta will see the world’s best sailors from 25 countries and from all around Australia battle it out on Port Phillip at yet another world-class sailing event in the 2020 Melbourne Summer of Sailing series.

Sail Melbourne International (SMI) continues the exciting 2020 Melbourne Summer of Sailing which kicked off with the 2019 Finn Gold Cup, the world championships of the International Finn Class, in December and continued with the Australian Open Laser Championships at the start of January. Also leading into next week’s racing are the 2020 Australian Sailing Youth Championships, which will see Australia’s future Olympic sailors vying for national honours at Sorrento Sailing Couta Boat Club from 10-14 January 2020.

With close to 300 entries, SMI will be the biggest sailing event this summer and a welcome opportunity for sailors from around the world to test the waters ahead of their Melbourne Summer of Sailing class world championships in February and March.

“We are very excited to be hosting the world’s best sailors here in Melbourne this summer and to see Sail Melbourne International once again attracting such a strong field of competitor across the classes. It is also very exciting to see new classes, like kite foiling adding to the quality and depth of the event,” Australian Sailing President Daniel Belcher said.

“2020 is an important year for our Olympic sailors especially, and we are proud to be hosting so many of them in Melbourne over our summer. Sail Melbourne and the Melbourne Summer of Sailing shows that we have some of the world’s best sailing territory, world class race management, clubs and volunteers right here at home with many of our international sailors returning competitors, who are making the most of our Southern hemisphere summer.”

It’s been a busy summer of sailing already and with more events coming up we also thank all our volunteers and host clubs as well as the Victorian State Government for their continuing support in making this happen.”

The Laser Standard and Laser Radial events have attracted the largest number of entries with Sail Melbourne International another exciting opportunity for the world’s best International Laser Class sailors to test the Port Phillip waters ahead of their class world championships at Sandringham Yacht Club in February and with the event ranked as the 2020 Laser Oceania Championships.

With the Laser Standard (9-16 February) and Laser Radial (21-28 February) World Championships just four weeks away, the International Laser classes have attracted the who is who in the class. Amongst others, Rio Olympic champion in the Laser Radial Marit Bouwmeester from the Netherlands will be contesting the event as will Australian Sailing Team’s Matt Wearn, who will be representing Australia at the Tokyo 2020 Olympic Games.

The RS:X windsurfing class has also attracted a high-calibre field from around the world, including Olympic champion in the women’s RS:X event at the Rio 2016 Olympics Charline Picon from France, with athletes testing the waters ahead of the RS:X World Championships at Sorrento in February.

All eyes will also be on the strong field from all around Australia that will be contesting the inaugural Australian Kite Foiling Championships – the class that will premiere at the Paris 2024 Olympic Games. 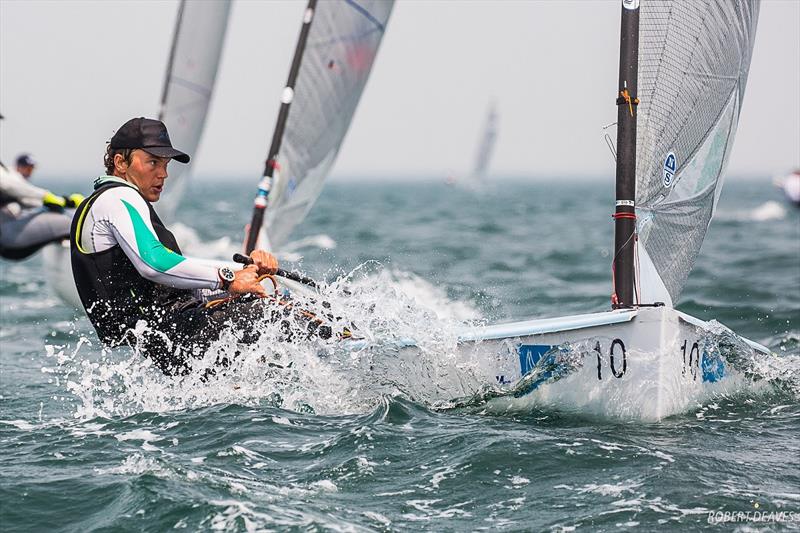 A fine selection of the world’s best Finn sailors are also making the most of the summer in Australia and have stayed on in Melbourne following their world championships in December to contest Sail Melbourne International next week. Amongst the entries are Switzerland’s Nils Theuninck, who took out second place in the U23 category at the Finn Gold Cup as well as the Norwegian and Canadian Finn sailors, who are all escaping the Northern Hemisphere winter. Back at the start line in the Finn will be Australian Sailing Team’s Tokyo 2020 hopeful Jake Lilley, who finished fifth at the Finn Gold Cup and secured Australia the Oceania quota spot for the Olympic Games.

In the non-Olympic events, the International 505 class will see the world champs from the USA Mike Holt and Rob Woelfel take on the 34-strong fleet.

Tasar, Liberty and Laser 4.7 classes complete the program as well as the para sailing classes of 2.4mR and Hansa 303.

For more information about Sail Melbourne International head to www.sailmelbourne.com.au.

Join the Melbourne Summer of Sailing

Locals will also have the opportunity to join the Melbourne Summer of Sailing action and test out the sport of sailing with Sail Melbourne International host club Royal Brighton Yacht Club offering Australian Sailing’s OutThere Sailing program in the lead up to Sail Melbourne on January 13-16.

The OutThere Sailing program in cooperation with VICHealth is aimed at 12-17 year old’s offering an opportunity to experience sailing, stand-up paddle boarding and windsurfing while having fun with friends and learning valuable skills. This opportunity is open to anyone and all the necessary equipment will be provided. To find out more about the program visit www.discoversailing.org.au/outthere.

Another opportunity for the community to get involved is to join the SailPass program, which offers a flexible pass that allows non-sailing club members to discover sailing in a fun and affordable way at SMI’s host clubs. Find out more at www.discoversailing.org.au/sailpass.