Anyone who thought the inaugural TP52 Gold Cup would be one-way traffic for Marcus Blackmore’s Hooligan didn’t factor in a two-way breeze off the Newcastle NSW coastline today, which handed Sam Hayne’s Celestial and Peter Wrigley’s Koa the major results.

As the opening shot of the first SailFest Newcastle Regatta, the 30-mile passage race started spectacularly inside Newcastle Harbour in a 10-knot nor’wester, the six-boat fleet all jumping cleanly and being neatly dissected by an incoming tugboat.

Blackmore’s highly-fancied Botin design, with Tom Slingsby aboard, showed its boat speed advantage on the first work into Stockton Bight and stretched its lead on the run south to Redhead. Gweilo, Celestial and Koa all rounded the bottom mark tightly packed, with Zen and Frantic in their wake.

There, the script changed dramatically as four yachts went left into a shore breeze while Celestial and Koa headed seawards in search of the nor-easter.

“We were doing well until those two started to head towards New Zealand,” Blackmore said after the race. “It turned out to be the right place to be, as they got well in front of us and we were never going to catch them after that.”

Slingsby said it was a big call, tactically, that worked in spades for his rivals.

“We’d started to head right but then tacked back towards shore to cut our losses and cover Gwielo and Zen,” he said. “The shore had more breeze, and it was game over for the boats out wide until they picked up a 110-degree shift.”

Celestial owner Sam Haynes was confident with the strategy suggested by Newcastle local Richard Howard. “It was painful getting out there, but it paid off as we got about eight knots of nor’easter and laid the top mark easily in the end,” he said. 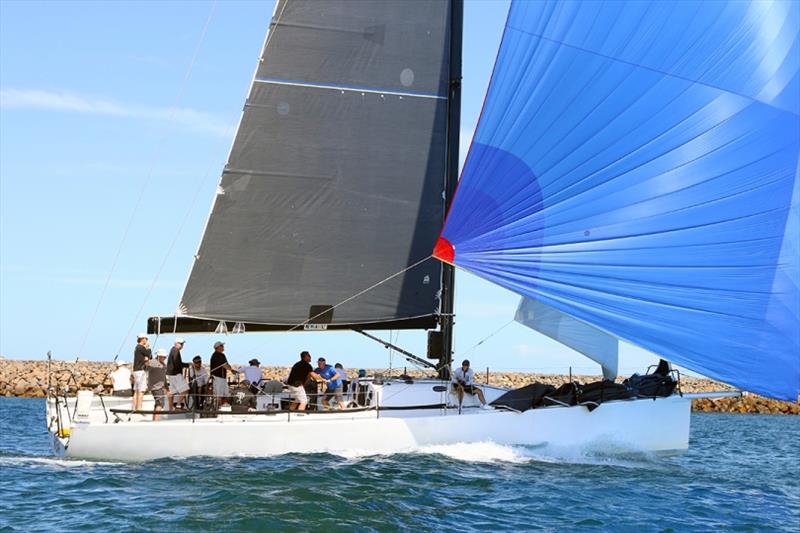 They crossed the line five minutes clear of Hooligan, which caught Koa inside the harbour to nab second place by 17 seconds after four hours of racing. It was the first time Celestial had beaten Hooligan over the line.

“I’d say we sailed well at the end, and well at the start, but the middle needs a lot of work,” Slingsby said of the result.

Koa won both IRC and TPR handicap for the day, Celestial finishing second. 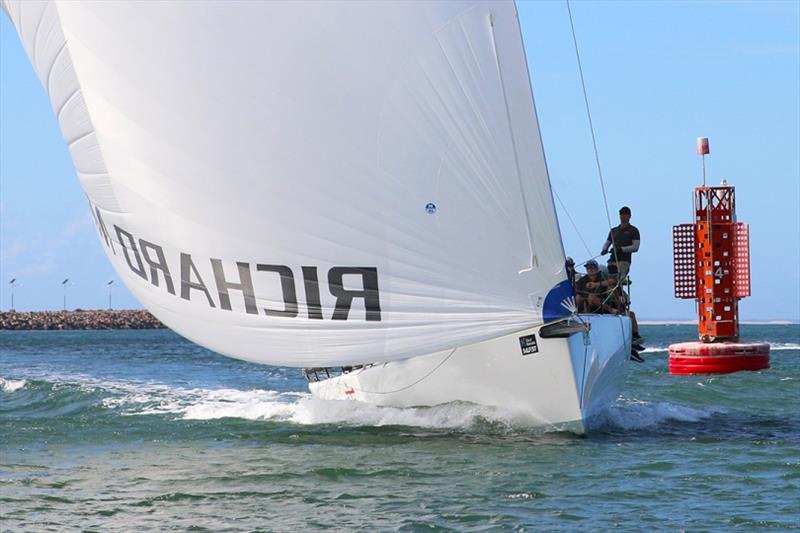 “It was a great race for us,” Koa’s Peter Wrigley added. “We’d have liked a bit more breeze, but we went out looking for that nor’easter as well and found it.”

Weather conditions for tomorrow’s racing are another tipster’s nightmare, with some models predicting 30-knot northerlies accompanied by rain and the Bureau of Meteorology issuing a gale warning. Others suggested lighter breezes.