Well what a start it was in Sydney, as WASZP and SailGP combined forces for the first time along with Marksetbot and RS Sailing to bring the INSPIRE program to life.

The program designed to form a pathway underneath the SailGP F50 racing gives U20 youth sailors and opportunity to be exposed to professional sailing and what it takes to survive and thrive in this environment.

The difference between the traditional youth pathways and this INSPIRE programs is stark. In the pathway programs it is essentially structured around results, whereas in a professional environment such as SailGP there are number of factors taken into account to create a career in the sailing industry. 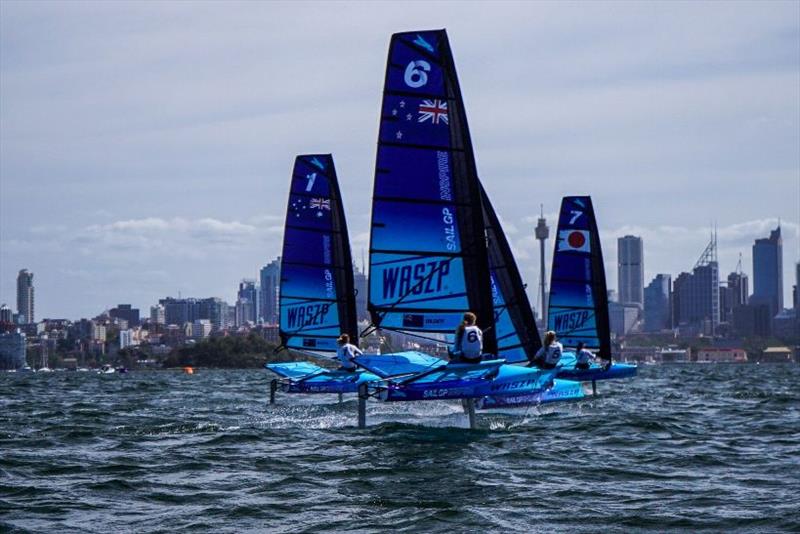 Yes results play a part and the application process was one that was spread across many formats. New Zealand ran a qualification trials where the top two male and two female athletes were selected on performance alone, SailGP Japan decided that they would run a foiling camp and select two sailors (male/female) to represent their brand and team.

The Japanese sailors were funded by a commercial partner of the team while NZ had accommodation funded by SailGP.

In Australia a written selection occurred with the sailors/athletes treating it like a job application to be part of the program. All of this is designed as part of the program to help develop these youth sailors and outline what is required to be on a circuit such as the SailGP F50s.

During the week the athletes were also exposed to other areas of the industry, showing that you do not necessarily have to be a sailor to be part of the industry. With INSPIRE Careers the next step in the pathway can be anything from broadcast, data analysis, coaching, event management.

On day 1 the athletes were paired up and had to share training time on the boats as there is only eight boats available for the 16 athletes. They were required to work as a team in rigging, training, develop techniques and pack up, replicating a day for the F50 sailors. These first two days were spent training and listening to a few of the F50 sailors on what it takes to make it in the big time. Thanks to Hans Henken from the SailGP USA team for coming down for an afternoon and sharing his insights.

Once we moved through to Thursday it was qualifying racing during the morning, however with the light winds it was an opportunity for the athletes to try something new and a INSPIRE radio controlled yacht regatta ensued, followed by some Marksetbot races, it is important to unwind sometimes and when you walk around the F50 Tech base there are a number of sailors taking some time away from the main game as it can become all consuming.

During the afternoon it was time for the show to begin, course lengths and formats were finalised and a full dress rehearsal of what would happen on Friday and Saturday took place. It was the first time the athletes got to share the F50 race track and a beautiful Nor-easter came in for the afternoon. 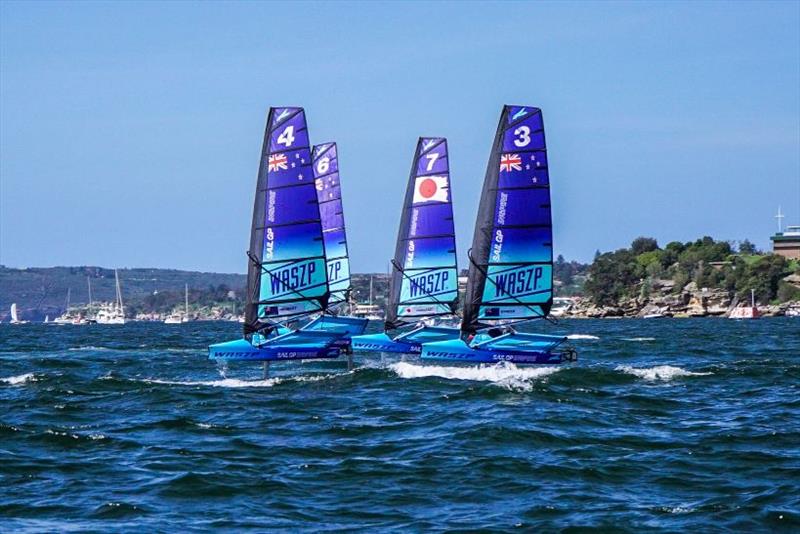 The WASZP and RS14s took turns in sharing the race track and to be out sailing only meters from an F50 is a huge buzz. Later in the afternoon SailGP Aus boat was made available for the kids to come and check out on the water, so two ribs for of athletes took an on-water tour of the boat. This is once in a lifetime opportunity for some of these guys and girls.

On Friday it was show time and the common theme that has been all week is it is not necessarily about the athletes immediate needs on the race track. With so many commercial partners involved in this top end of the sailing world and this circuit in particular, all athletes must be mindful of how they must conduct themselves and work hard for the brand.

We had some media training from some of the best and a build your own brand session ensued, all very important life skills in todays world. It is also about the show, the timings on the race track, being in the right place and of course being able to perform when the pressure is on. 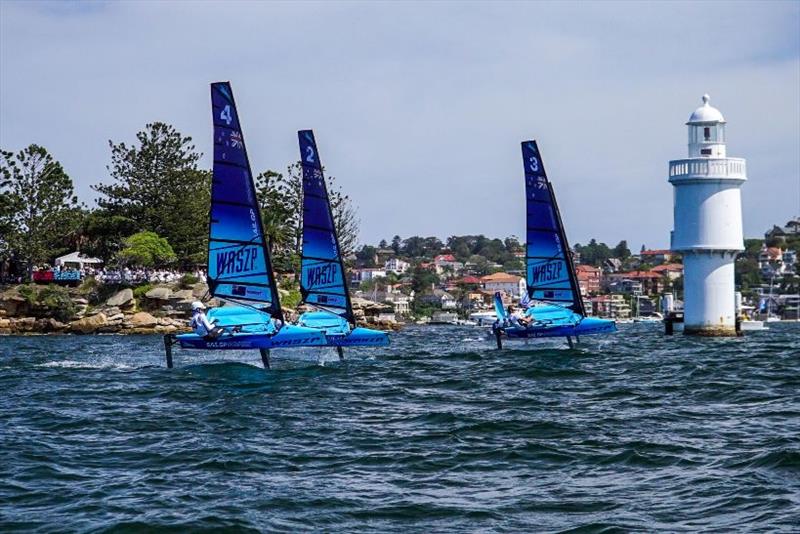 The Australian athletes were up against it with much less time in the boats than their counterparts, however they took the bit between their teeth and trained hard immediately before and during the event to give a great account of themselves during the racing.

Will Cooley from Sydney who is a Nacra 15 World Youth Champion spent three weeks in the WASZP and very nearly pinched the victory from the New Zealanders, a great effort to finish third on the exciting Slalom course that has become a staple at WASZP events around the world.

At the end of the day the 2 NZ sailors were just too polished as Sean Herbert took the win in commanding fashion from countrymen Sam Street who had an all or nothing series either winning races or crashing out adding to the spectacle. 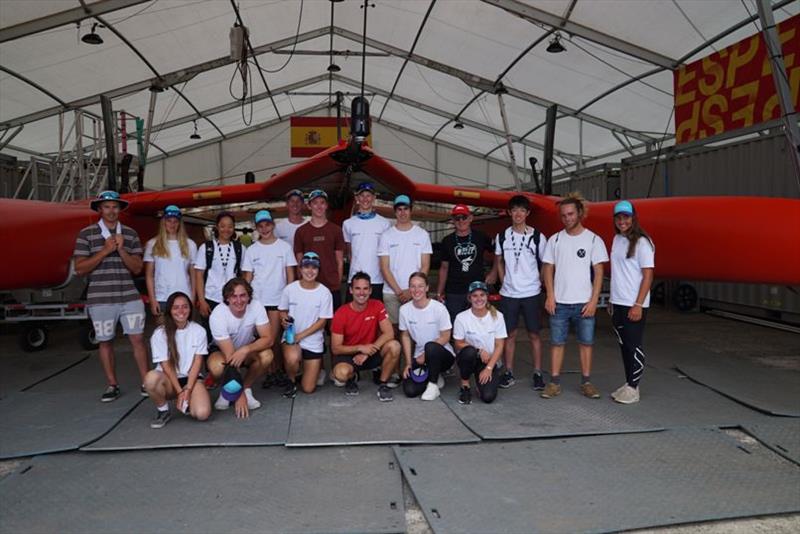 With the 16 athletes split evenly male and female it was sensational to see three female athletes make the final, a great battle for the top female between Anna Yamazaki of Japan and Stella Bilger from New Zealand added extra spice to the event. Bilger pulled off an amazing racing in the final race of the series to take 2nd across the line and first female for the event.

Sean Herbert taking the overall win meant that he walks home with a brand new WASZP, with a strict policy on this that if he/she owns a WASZP already they must pass their existing boat on at no financial gain to another U20 sailor. Sean decided to keep it in the family and passing it on to his little sister all of 13 years of age.

With Sydney SailGP now finished, we turn our attention to the USA and with 2 legs in San Fran and New York, it is going to be exciting to see the evolution of the F50 and the WASZP programs, one thing is for sure, Sydney will be a tough act to follow.