Posted by: YachtBoatNews in Boat News Races & Regatta 29/08/2022 Comments Off on Sailing in Porto Cervo 58 Views

September will once again be an intense month in Porto Cervo, with the Maxi Yacht Rolex Cup scheduled from 4th to 10th September, and the Rolex Swan Cup returning from 11th to 18th September, after a four-year break imposed by the pandemic.

Anticipation is high for the 32nd edition of the Maxi Yacht Rolex Cup, an event organised by the YCCS in collaboration with the International Maxi Association (IMA) and with Rolex. The entry list for this year boasts a diverse fleet, with no less than 50 yachts enrolled. Four J Class yachts will be attending, including Ranger, which last took part in the Maxi Yacht Rolex Cup in 2014.

In the fiercely competitive Maxi 72 class Cannonball, owned by YCCS member Dario Ferrari, will be returning to defend the class title claimed last year. Other famous names include the Wally Cento Magic Carpet Cubed and the maxi racers Deep Blue and Rambler. Making their debut outings at the event will be the foiling mini maxi FlyingNikka, owned by Roberto Lacorte, and the ClubSwan 80 My Song, owned by YCCS member Pier Luigi Loro Piana.

Directly after the Maxi Yacht Rolex Cup, the 21st edition of the Rolex Swan Cup will take centre stage – a biennial event that celebrates the bond between the YCCS, the Nautor’s Swan shipyard and longstanding partner Rolex. Seeing over 90 boats parading through the islands of the archipelago of La Maddalena will be, as always, a truly spectacular sight.

The usual family atmosphere that combines sportsmanship with a healthy dose of competitive spirit will accompany the six days of racing. The fleet, ranging from 36 to 120 feet in length and encompassing a wide range of models from the Finnish shipyard, will be divided into eight divisions. These will include a class dedicated to the Clubswan 36 yachts taking part in the Rolex Swan Cup for the first time. Nine classic Swan yachts, iconic designs by Sparkman & Stephens, will also be taking part, including the Swan 43 Kokkola, who attended her first Swan Cup in 1994. 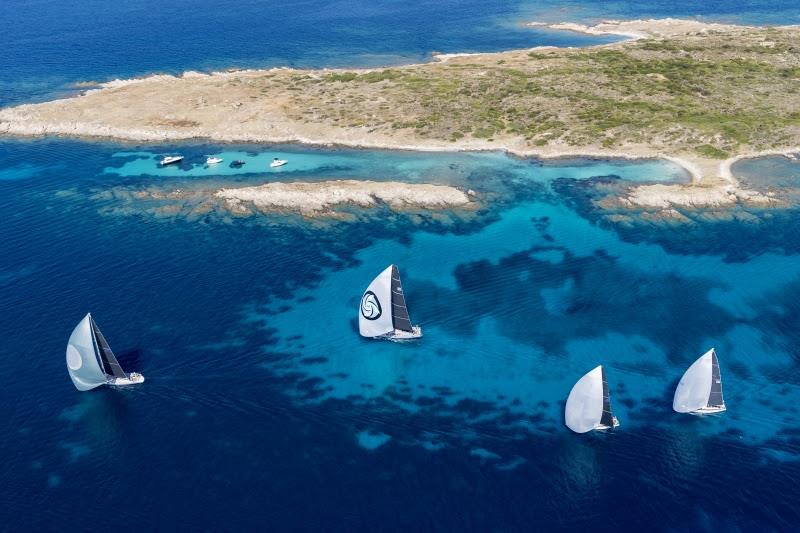 Returning after victory-in-class in 2018 will be Plis Play, while the ClubSwan 50 Moonlight, fresh from launching this spring, will be competing in her first ever Swan Cup. The Rolex Swan Cup will also mark the culmination of the Nations League 2022, a one-design circuit organised by ClubSwan Racing. The overall winner of the circuit, together with the individual winners of each of the four one-design classes will be awarded prizes at the Rolex Dinner Party taking place on 17th September, the day after the exclusive owners’ dinner held on the panoramic terrace at the YCCS. A week brimming with competition at sea and social events ashore will conclude on Sunday 18th September, with the final prize-giving ceremony in Piazza Azzurra.

The Yacht Club Costa Smeralda’s sporting season will draw to an end later in September, with the traditional Vela & Golf event, scheduled from 23rd to 25th of the month, which combines the sports of sailing and golf, with the scores achieved on the green added to those earned at sea.