Champion Hobart yachtsman Nick Rogers has earned the right to defend the historic Sayonara Cup which he won for the Royal Yacht Club of Tasmania a decade ago from the Royal Sydney Yacht Squadron. The Squadron is the challenger.

On behalf of the RYCT, Rogers will now defend the Sayonara Cup in Karabos IX against the RSYS’s Matt Whitnall, helming Whimsical, over the weekend of 16-17 March.

The experience of sailing a Dragon class keelboat to victory in 11 Prince Philip Cups and a World championship, plus previous match-racing for the Sayonara Cup, was clearly apparent in Rogers’ four straight wins in a brisk 18 knot sou’easter on the river.

Only once did Noye seriously challenge the defending Sayonara Cup champion and his crew of Leigh Behrens and Col Dabner. 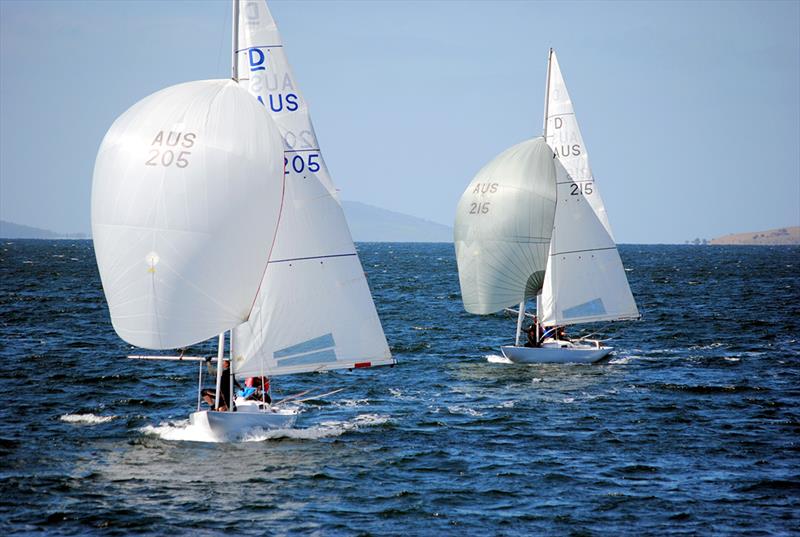 Noye forced a pre-start penalty against Karabos IX in race two and took the lead. However, Rogers regained the front running and had a big enough lead on the final downwind leg to drop his spinnaker near the finish line, take a penalty turn, and still win.

“It was close, we won that race by just half a boat length, Rogers said after the Defender Trials. 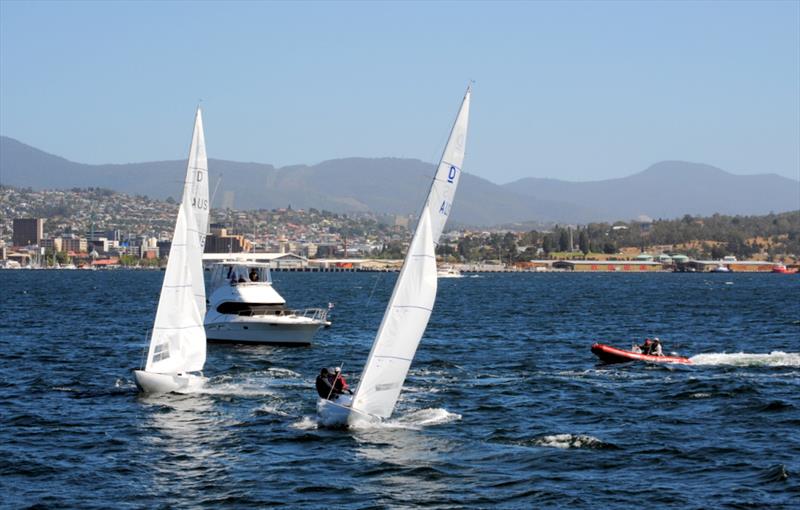 “It was good to have Elliott as a challenger today. He did a good job in the pre-start manoeuvres, but lacked boat speed,” Rogers added.

“Dragons are not an easy boat to sail to their optimum; it can take years, and I have been sailing them for many years.

“We now have three weeks of intensive training to defend the Sayonara Cup for the Club…it’s not going to be an easy task against Matt Whitnall and his crew of David Chapman and David Giles.”