Clwb Hwylio Pwllheli Sailing Club in conjunction with the Royal Dee Yacht Club, were once again delighted to have the opportunity to host the Spinlock IRC Welsh National Championships, as part of our 2019 Celtic Regatta, and Welsh leg of the RC35 class Celtic Cup.

We welcomed boats from all the Celtic nations, and the event started with a reception in Plas Heli on Thursday evening hosted by the commodore of Pwllheli Sailing club, Jane Butterworth in glorious sunshine on the Plas Heli deck.

Race day 1 – with 20 kt winds and showers forecast, the race management team layed a simple windward leeward course, and racing got under way as scheduled. For the first race the weather held with a steady 20kts of breeze from the south west giving a choppy sea, but fine racing conditions, allowing our Celtic visitors to put their stamp on the event very early in IRC 1, with First 35 Triple Elf (Christine and Robin Murray) taking first by 3 seconds corrected from J133 Spirit of Jacana (Alan Bruce and James Douglas) with J109 Jings (Robin Young) taking third. It was clear at this early stage that these well drilled regatta boats were going to dominate IRC 1 and push the top IRC 2 boats for the overall title.

IRC 4 sailed one round the cans race with some close racing, with the win going to Mark Willis in Rodmar, with Alan Barton, Induna just behind.

The second race in IRC 1 and 2 started as scheduled with darkening sky’s to the South West and with most of the fleet on the beat, a very intense squall whipped up, with winds up to 37kts and torrential rain in zero visibility! with many boats reefing down, it was survival mode for a while. After 10 mins the fleet emerged through the other side, and finished the race before heading back to the Plas Heli pontoons, and a welcome pint! Great chat in the bar, with Andy Greens photos on the big screen, and crews claiming ever increasing wind strength as the evening drew on! It was a great day of racing though, which every one enjoyed, and race 2 was won in IRC 1 by Spirit of Jacana, IRC 2 by Injenious.

Daily prize-giving was sponsored by Partington Marine, with jugs of beer and followed by a Barbeque. During prizegiving the race management team informed the competitors that regrettably racing would be cancelled on the Saturday, due to a deep low with forecast winds of 30-40kts in the race area. This was the same weather system that lead to the first day of Cowes week being abandoned. Our visitors took the opportunity to explore the Llyn Peninsula and enjoy the live music in Plas Heli, with Jac Dobson a’r band delivering a great early doors set during the late afternoon.

Day 3 dawned brightly with North Westerly winds of 10-15 kts giving flat water and excellent racing conditions, and glorious views of the stunning Llyn peninsula and Snowdonia. For IRC 1 and 2 four races were held, with up to four laps of a short windward leeward course. The starts were crucial, and the two RC35 class boats were giving a master class in starting. J125 Jacknife and J133 Spirit of Jacana, both higher rated boats having to push hard to get ahead of the J109 and First 35 from Scotland, and with the short legs not able to take significant advantage downwind, particularly from the boats flying symmetric spinnakers. Great racing though with some interesting interpretation of the racing rules at some of the mark roundings! The results of all four races in both IRC 1 and 2 were again dominated by the Irish and Scottish visiting boats, with Triple Elf able to discard one race due UFD In IRC 4 the cruisers raced two races around the cans from a bridge start and again the four boats racing today had two great races and were all very closely matched. Scored using NHC, with Induna (Alan Barton) taking race 1 and Rodmar (Mark Willis) race two. This resulted in Rodmar winning this class overall from Induna, with Roger Fitzgerald racing Dehler 29 Ella Trout 3 with his grandchildren third. 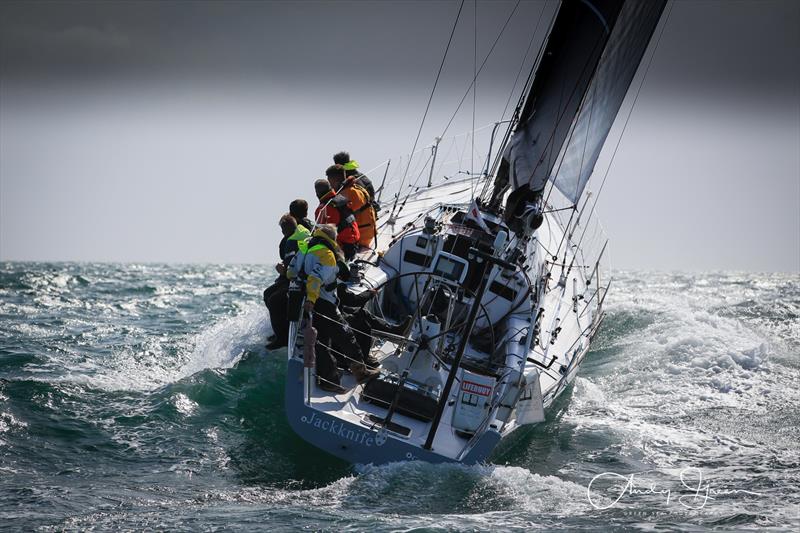 The results in IRC 1 and 2 took a little bit of time to clarify with ratings having to be double checked, but finally the results could be announced. The daily prize giving was sponsored by Rowlands Marine Electronics, with jugs of beer and glassware presented to day 3’s race winners. The overall prizegiving was sponsored by Firmhelm Marine who donated some great prizes, with MD Simon Butterworth drawing two boat names out of a hat to present Dubarry deck shoes and a gift voucher.

In IRC 1 the overall winner was confirmed as J133 Spirit of Jacana (Alan Bruce and James Douglas) on count back from First 35 Triple Elf (Christine and Robin Murray) with fellow RC35 class member J109 Jings third.

IRC 4 results were as above with Rodmar (Mark Willis) presented with the Royal Dee cruiser class trophy The overall Spinlock IRC Welsh National Champion was announced as J97 “Injenious” just one point less overall than “Spirit of Jacana”, and presented with the 2019 Spinlock trophy and voucher.

Many thanks to the race officers Mike Butterfield and Robin Evans, scorer Jack Thompson, and the organisation team including Sarah Pemberton and Richard Tudor. Thanks to Jo Thompson and Gerallt Williams for organising the prize-giving, to the Royal Dee Yacht Club team including Derek Matthews, Mike Butterfield and Commodore Charlie Jones for race management, and Heidi Bakewell and staff of Plas Heli for the bar and catering. This completed another great championship, taking the best advantage of the weather windows, with the management team announcing next year’s regatta dates as 14-16th August 2020. 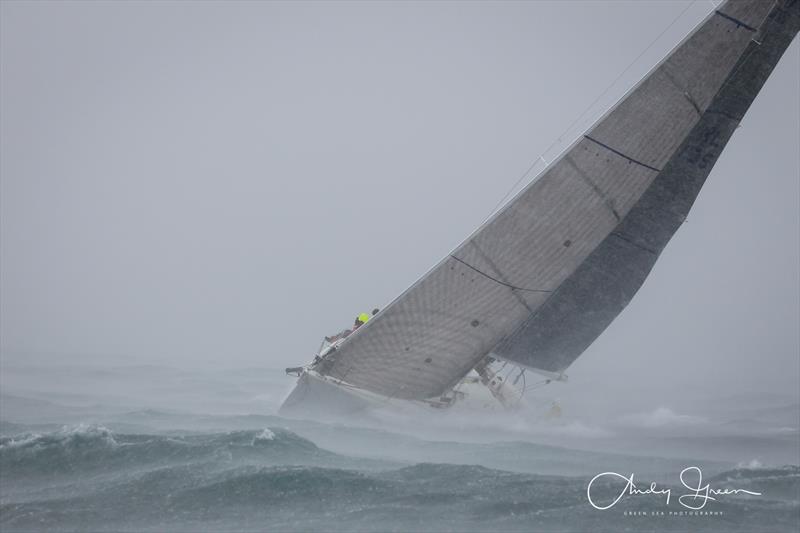