The fourth and final leg of the Evolution Sails Round North Island Race started in Napier on Friday (6.3) with a 367NM final stretch home around East Cape and north to Auckland.

While this leg started as a beat, the fleet finally got what they had been longing for with extended reaching and downwind conditions ensuring some fast and fun sailing for the final leg.

The overall race winner was Clockwork Racing skippered by Steve Mair and Jamie Logan. Clockwork took the overall win for the full fleet and Division 2 on PHRF. We chatted with Mair after their arrival to see how he was feeling after taking out the race: “Right now it’s a huge sense of achievement – winning the Evolution Sails Round North Island Race is an awesome result for us, especially considering the very competitive nature of the fleet. I couldn’t have asked for a better co-skipper than Jamie or been on a better boat for the event.”

“Literally years of planning went into this race dating back to before buying the boat, formerly known as “General Lee” in Perth and then the huge amount of time and effort that’s gone in since – it has really paid off. We were pretty lucky a few times during the race, while others didn’t have the rub-of-the-green, but that’s sailing. Thanks heaps to Evolution Sails NZ for sponsoring the race and to the incredible Shorthanded Sailing Association of New Zealand for putting on such an epic event.”

A firm crowd favourite for this race was Moving Violation, skippered by Ben Beasley and Nick Gardiner, our youngest skippers, on the smallest boat in the RNI fleet taking out the final leg and overall PHRF win in Division 4.

Talking with Beasley after the race it was clear the pair had truly achieved something special. “When we crossed the finish line it felt surreal and such a sense of achievement knowing we sailed in such an epic race and had really got the message out there for Lifeline. We’ve raised nearly 9k which is awesome”. Beasley and Gardiner made some bold calls during the race, including heading halfway to Australia during Leg 2 that really paid off and it was this combination of big and bold calls, and their amazing can-do attitude that had their fellow skippers impressed and inspired. Both these young men have massive futures in not only short- handed sailing but also in many other sailing disciplines and are ones to watch for the future.

In Division 1, Blink skippered by Tony Wells and Craig Shearer had a sensational final leg to take out the PHRF Leg Win and second on line – a great result for this Wellington based boat in perfect conditions to really get up and go. Wired skippered by Rob Bassett and Angus Small took their 4th Line honours victory in the race. 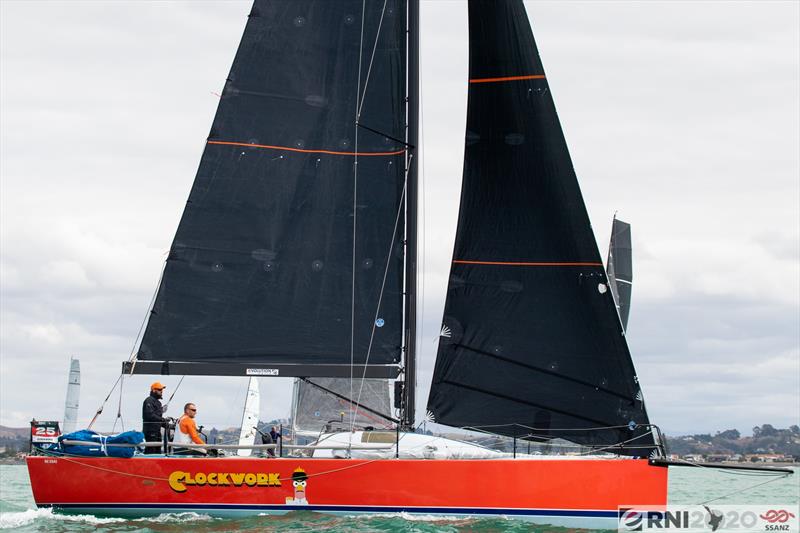 In Division 3, Waka skippered by Sam Cremer and Brett Elliott continued its exceptional performance on the final leg, taking their second PHRF win in a row. The battle of the Elliott 1050’s that had been dominated by Kick and Gale Force in the earlier legs was finally played out with an exceptional leg from Gale Force to claim second on PHRF in the division and the crown of first overall

Race Director Jon Henry said “the 2020 Evolution Sails Round North Island Yacht Race has been a massive success. We have had a very competitive fleet, a mix of challenging conditions, and great comradery across our skippers, many of whom have made friends for life. It has been said that to complete this race is an accomplishment, and that is true, so to have 37 boats from a starting 38 finish here in Auckland is an excellent result for all involved. We look forward to hosting this event again in 2023.”

About the SSANZ Two Handed Round North Island Race (RNI) 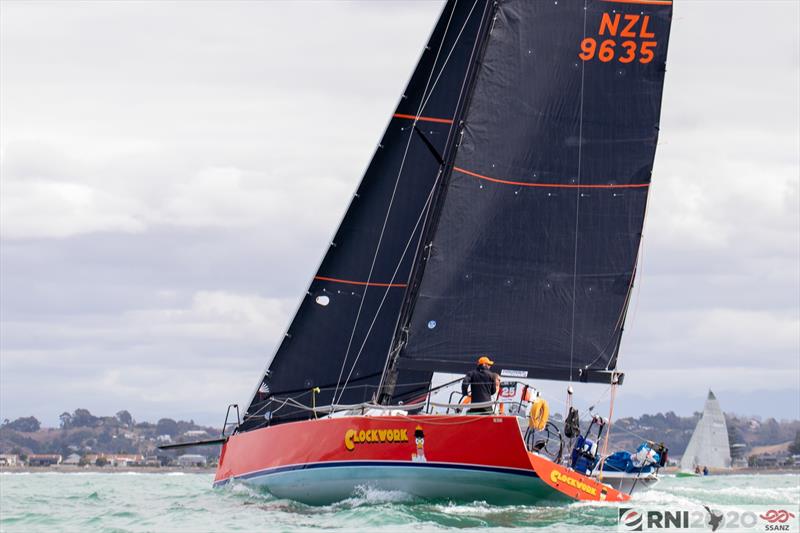 Clockwork – Leg 4 of the Evolution Sails Round North Island Race 2020 © SSANZrace starts in Auckland with the first leg to Mangonui in the far north (154NM), Leg 2 is from Mangonui to Wellington (550NM), Leg 3 from Wellington to Napier(200NM), and the final leg from Napier returning to Auckland (367NM). The race is expected to take approximately 2 weeks in total to complete.

Thirty-three feet separate the smallest to largest boat, so the diversity of this fleet will bring with it not only great line honours racing for the larger yachts but an epic handicap battle across the fleet. With 26 of the total 38 yachts between 34 and 40 feet we can expect some very tight racing in the middle of the fleet and each leg will go down to the wire on handicap.

Making it to the start line of this epic race is a challenge in itself. Each yacht must have a Category 2 Safety Certificate issued by Yachting New Zealand, have completed a 250 Nautical Mile qualifying passage with both Co-Skippers on board. The Co-Skippers must both also complete Advanced First Aid training, Advanced Sea Survival qualifications, and provide a medical certificate deeming them fit to compete. Each yacht must meet an extensive list of safety requirements and have completed safety drills, all of which are in addition to preparing the boat to ensure it is ready for this epic race and getting as many miles under the keel as possible two handed before the race. Many of the fleet used the SSANZ Anzac Enduro Race as their qualifying race and have also used the SSANZ Lewmar

Triple Series, PIC Coastal Classic, RAYC White Island Race and other races to build up two handed time on their path to the start.