From October 28th to November 20th 2022, the Kingdom of Bahrain will host the SSL GOLD CUP 2022 Final Series, the first Football World Cup… in Sailing.

The SSL GOLD CUP, a World Sailing Special Event organized every four years by the Sailing Athletes Foundation (SAF), is “THE” ultimate challenge between sailing nations to crown the World Champions, a first in the sport’s History.

The Kingdom of Bahrain has been proactive to host international Sport events including F1 Bahrain Grand Prix since 2004, Asian Cycling Championships 2017, the Amateur MMA World Championship 2017, 2018 and 2019.

The SSL GOLD CUP Final Series 2022 will be the first World Class Sailing event to take place in Bahrain since the Military world sailing championship 2010 and the Kingdom Match Race 2021. The new development project Water City Garden, in front of the iconic Manama City skyline, will welcome the event.

Like the World Cup in Football, the SSL GOLD CUP gives a singular equal opportunity challenge for all the 40 teams, who race on the exact same boat, the SSL47, a 14-meter performance racing boat, handed by the organization. 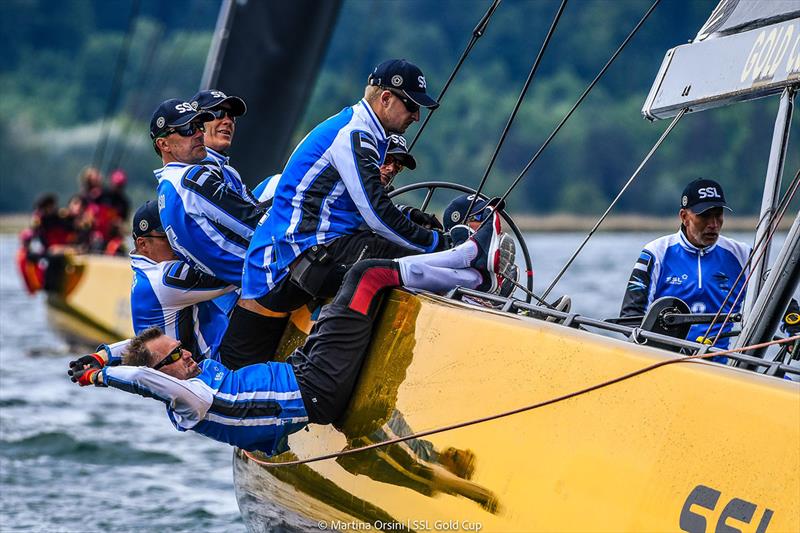 These 40 teams include the World’s Top 23 Sailing nations plus 16 teams coming from the Qualifying Series (organized from May to July 2022) and the host nation, SSL Team Bahrain. Local champion Abdullah Janachi is appointed Captain of the “Sharks”, the nickname of the team.

Like the pinnacle event in Football, each team will be wearing the colors of their nation and their emblems. Each team includes 11 athletes including Olympic Champions and Medalists, Olympians, World Champions from all in-shore Sailing classes. 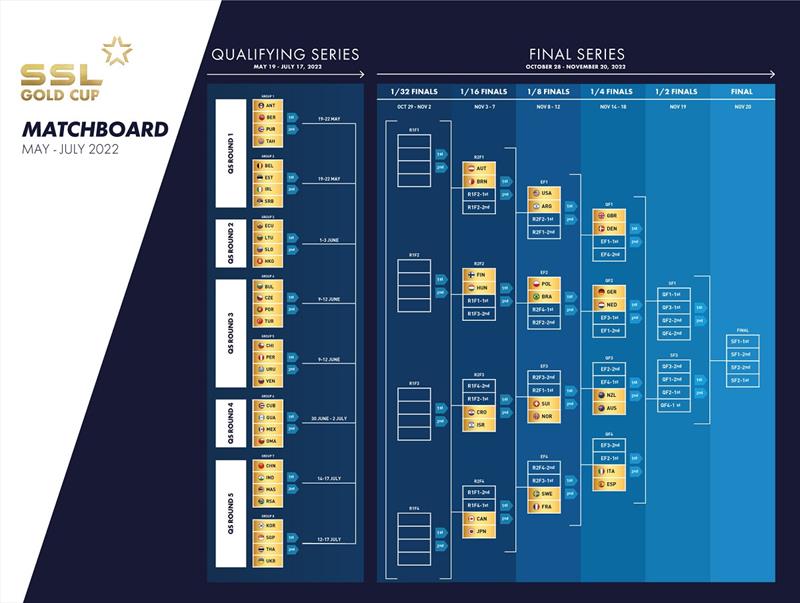 In each group, four teams will battle their way through to the next round. In Round of 32, the 16 teams from Qualifying Series will race from October 28 to November 2nd. The Top two teams of each group will join the next 8 teams, including Bahrain in Round of 16, and so on until the Grand Final programmed on November 20th. – photo © SSL Gold Cup

“Being host nation for the SSL Gold Cup 2022 is of great significance for Bahrain and sailing in Bahrain. It represents a major step in implementation of the Kingdom of Bahrain’s Sport development plan. For over 30 years we have been working to promote sailing in Bahrain and the Arab World, reaching for the very highest standards of the Olympic classes and World Championships. And now the ultimate goal is about to be achieved. We are very proud to welcome the prestigious SSL Gold Cup 2022, an event that will not only bring all the operational expertise and support of the Star Sailors’ League, but also add great value for Bahrain’s Tourism economy. 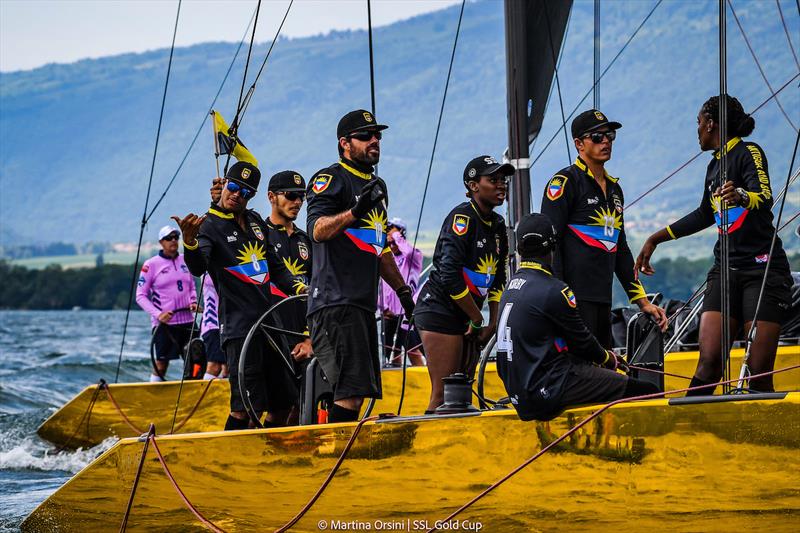 The SSL Gold Cup 2022 provides a pivotal contribution to the long-term objective of Bahrain’s vision for 2030 that His Highness Sheikh Salman bin Hamad Al Khalifa, the Crown Prince, has developed to promote Bahrain Tourism and the destination as a prime worldwide International Sailing location.”

Xavier Rohart
President of the SSL

“We are delighted and honored to bring the first SSL Gold Cup to Bahrain, a modern country, proud of its tradition and looking to develop its Tourism economy thanks to World Class sporting events like the SSL Gold Cup. Their long experience of organizing big events such as the F1 Bahrain GP will identify the SSL Gold Cup as a true international popular event around the World. The SSL Gold Cup is designed to bring together the best sailors on the Planet like the Football World Cup has been doing since 1930. And Bahrain will stay in History as the first country to hosted what will become a landmark in Sport history.”

“It is a privilege to be part of the first edition of the SSL Gold Cup, which it is today the biggest Sailing event in the World. It is as big as the World Cup of football but in Sailing. I have no doubt in the abilities of the Bahrainis to participate and perform in such event. I dreamt of putting together a team. And this dream became bigger when my country decided to organize this World class event. I have no doubt in the capacity of Bahraini organizing such an event. It means the World to me to be part of this journey. 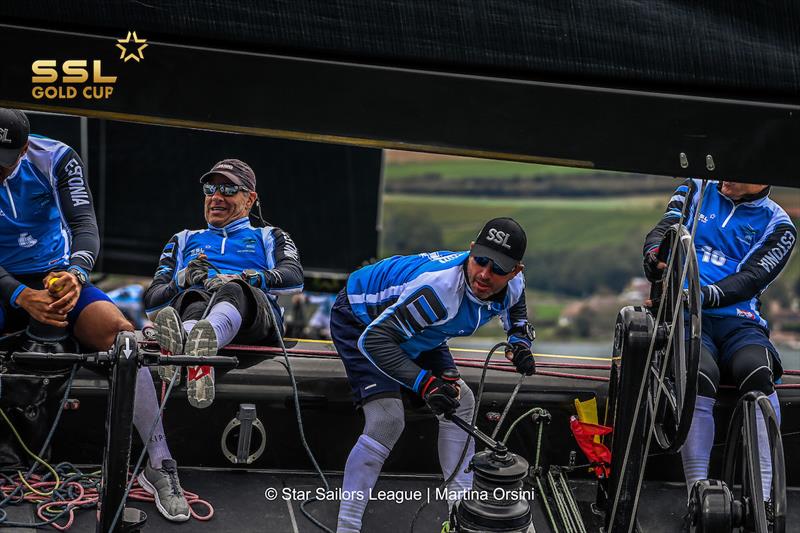 We want to deliver the best performance we can do to make our country proud and show the World that Bahrain can sail at the very top level. Our team choice will be decided after I held a meeting with my head coach Kacem Ben Jemia from Bahrain Sailing Federation. We have experience of big boats here and for each position, we have experienced sailors. Our Hot Shot is Abdulrrahim Abdulla (SSL Bahrain ranked n degrees1). He is a professional sailor in Laser. He has been Arab Champion, GCC Champion and participated to World and European Championships.”