The first leg of the Nord Stream Race from Kiel to Copenhagen has been decided: after a head-to-head race over 150 miles (around 280 kilometers) Team Denmark was the first to reach the Danish capital.

Next, for two days on shore, a sailing festival will be held under the motto “Connecting Baltics”. With the first leg of the race complete, the five racing yachts are located in the harbor basin in the middle of the city, a spectacular visitor attraction for anyone who wants to find out more about the sailors and their adventure.

After leaving the start in Kiel, the sailors experienced a natural spectacle on the Baltic Sea. For the duration of one of the shortest nights of the year, the sun was always shining, never quite setting. However, there was no time for romance aboard the five racing yachts. At the head of the fleet competing in Nord Stream Race was a head-to-head race. There was little opportunity for sleep, with 24 hours of nip-and-tuck racing. The Danes’ nerve held out, and Team Denmark skipper Peter Warrer was thrilled that his team had become the first to reach their hometown: “It’s fantastic. It is the most, we could ever wish for. And image: we are debutants, it our first time, we have a lot of young people on board. The team worked fantastic, flowless.” 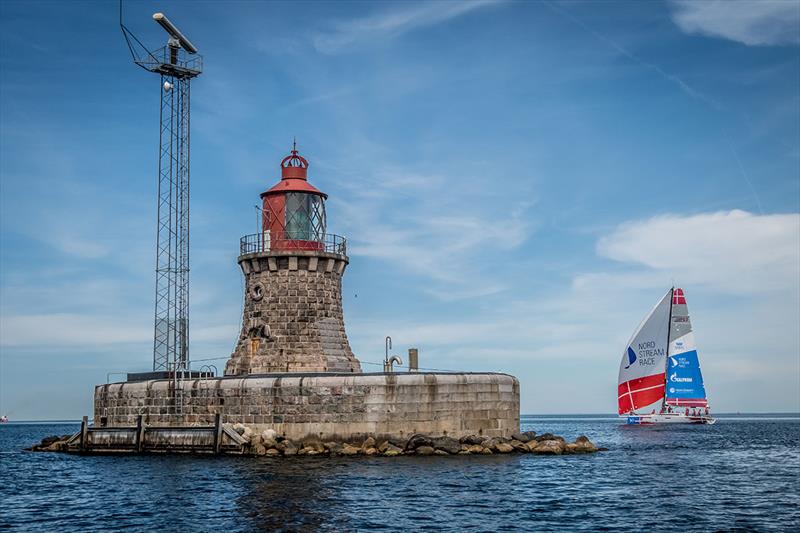 The racing yachts finished the leg at the Royal Danish Yacht Club, and now they are moored in front of the impressive Copenhagen Opera House. The enthusiasm ashore for the Danish team’s victory was palpable. The ‘open boat’ event attracted hundreds of visitors. The NSR’s overall theme in Denmark is “Connecting Baltics through food”. In the evening, the sailors will eat a specially-designed menu at the Race Dinner, with different courses consisting of local dishes suggested by the participating teams. The Danish menu will light up in Danish colours: there is red porridge with white cream!

Elena Solovyeva, Head of Projects St. Petersburg Yacht Club said: “I am very happy with the progress of the first leg. So far the Nord Stream Race has shown its best side both on the water and on shore. We have already connected Kiel and Copenhagen. ”

Second behind the Danes was Team Russia, third was Team Sweden, fourth was Team Finland and some distance back were the Germans who were last to cross the Copenhagen finish line.

Since its inception in 2012, the Nord Stream Race has been organised by the Saint Petersburg Yacht Club with the support of Gazprom and Nord Stream AG. At 1,000 nautical miles and following the route of the Nord Stream Pipeline, this has become established as the most demanding and prestigious offshore race in the Baltic region.