For the past 24 hours, since they made a perfectly controlled turn to the east offshore of Brazil, the men of the Maxi Edmond de Rothschild have clearly been lengthening their stride.

Constantly making over 30 knots, often stretching to close to 35-40 knots, the six sailors are ticking off the miles at very high speed, increasing their lead over Francis Joyon’s record in the process.

They were 732 miles in credit at the 07:00 UTC position report, compared with 442 miles at the same time yesterday.

However, today’s the day when the atmosphere and the setting will really change aboard. The big blue skies will likely give way to moderate conditions ahead of the front and the T-shirts and shorts the crew were still wearing on deck yesterday afternoon will likely be consigned to their bags for a while. 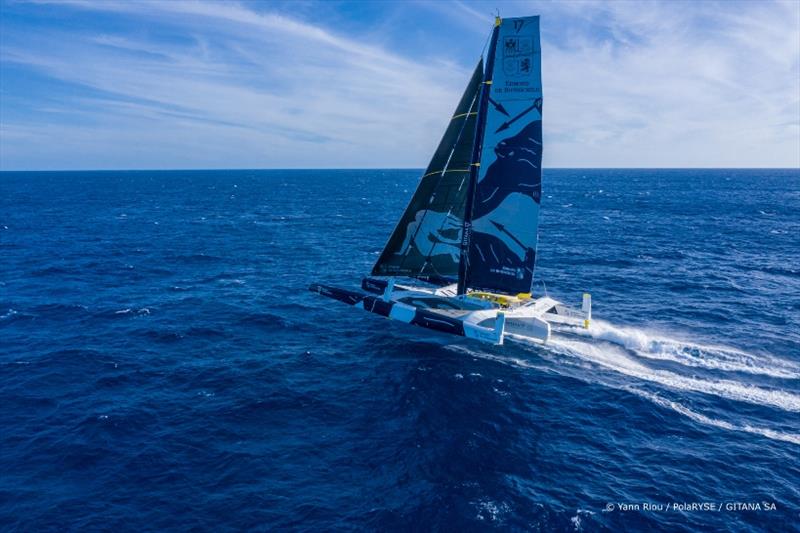 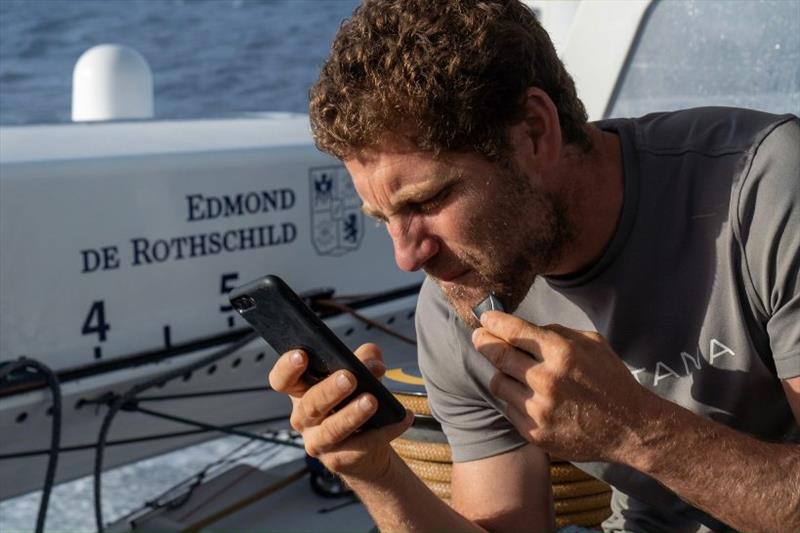 Maxi Edmond de Rothschild – Jules Verne Trophy record attempt ©Yann Riou / Polaryse / Gitana SA
Yann Riou, onboard media crewman, has captured the last few moments of ‘me time’ aboard the Maxi Edmond de Rothschild before plunging towards the Deep South. Charles Caudrelier has initiated David Boileau into the famous technique of showering on the trampoline tried and tested during the Brest Atlantiques race.

He made the most of the opportunity to get out his drone in pursuit of a boat fully powered up and airborne.

Position of the Maxi Edmond de Rothschild on 19 January at 10:00 UTC: