Yes, it is Super Bowl Sunday, and the greater Tampa/St. Pete area is consumed by national and local media attention and fanfare for the big game.

Only 25 miles east of Raymond James Stadium, another major championship was on the line for the sailors competing on the final day of racing at 2021 West Marine US Open Sailing – Clearwater, the third and final Florida tour stop in the new six event series.

Sunday was also a big wind, big wave, and big wet kind of day as sailors and kiters ripped through the racecourse. They raced in 14 to 16 knots and gusts in the mid-20s.

The Foiling Kites notched three more races on Sunday for 18 total and it was a mad dash to the top of the podium between Evan Heffernan (Santa Barbara, Calif.) and Kai Calder (Alameda, Calif.). Heffernan had a lead entering Sunday, but Calder posted a pair of wins to take the lead entering the final race.

“Going into the final race of the day I was two points behind,” said Heffernan. “The final race was a tough one, but I had a few people between me and Kai, and I was able to pull off the win. It’s been tight racing all week.”

Heffernan also discussed the important decisions he had to make about his gear and equipment this week. “Changing out my kite and taking the loss and missing the first race allowed me to be set up for the final two races of the day, even though I might have been behind. Weather is such a big factor and being set up with the right gear will make a big difference.”

He spoke about the top Foiling Kite sailors training in Florida this winter. “For the past two weeks we’ve been out here training together with the support of ODP and US Sailing and it’s been really cool to see everyone working as one, analyzing all the data, and seeing where we are making gains.”

Markus Edegran (West Palm Beach, Fla.) had a tremendous regatta through the first two days before sustaining an injury and could not compete in the final two days of the regatta. Edegran had a six-point lead through 11 races in the Foiling Kites fleet.

Daniela Moroz (Lafayette, Fla.) finished the regatta in sixth overall as the only women’s competitor in the fleet. She was second in the last race of the day and she posted nine top five results this week. Noah Runciman (La Porte, Texas) rounded out the podium with a third-place finish overall.

Hometown sailor and Olympian Paige Railey (Clearwater, Fla.) won the women’s division in the Laser Radial fleet after another exciting duel with Sarah Douglas (Toronto, CAN). Railey posted a 3-4 on Sunday which was good enough to edge Douglas by one point. Douglas made a push on Sunday by winning Race 10 and placing second in Race 11. These two training partners competed closely at West Marine US Open Sailing – Fort Lauderdale with Douglas earning the win in January.

“I was pretty consistent and not very risky at all, so I think that is what set my scores apart from the others,” said Railey. “I had really good downwinds as well and that saved me a lot of points. The waves were perfect, and we got some nice swell with some chop, so two different directions with the waves. You round the windward mark, and you can just rip downwind. I thought that was pretty fun. It made all the hiking we did upwind worth it.” 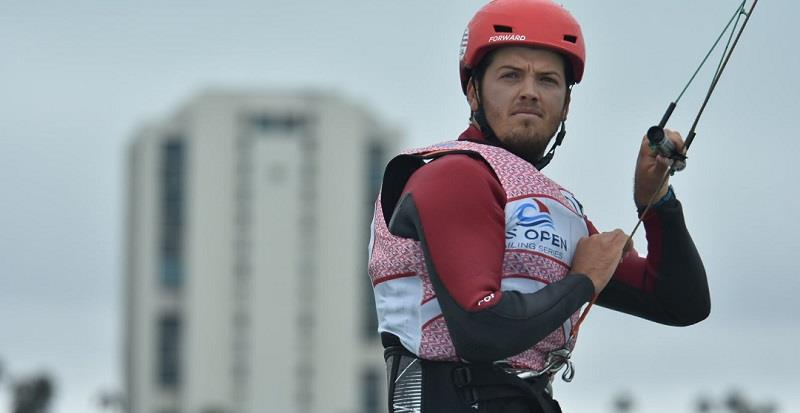 “We got a little bit of everything from the weather and conditions this week,” said Boucher. “Towards the end of the regatta the racing got a lot closer and it was a lot of fun.”

Anna Vasilieva (Fort Lauderdale, Fla.) wrapped up an impressive four days on the water by placing second and first in Sunday’s two races in the Laser 4.7 fleet. She won 10 of 11 races to earn a 15-point win. Evan Wern (St. Petersburg, Fla.) was the top male sailor in the fleet and second overall. Oscar Parzen (San Diego, Calif.) finished third. The win marks an improvement for Vasilieva who placed fourth at West Marine US Open Sailing – Fort Lauderdale.

Mariana Aguilar Chavez Peon (MEX) won the Open iQFoil fleet by 11 points over Giovanna Prada (BRA) who won today’s race. She was followed by Farrah Hall (Annapolis, Md.) who was third in today’s race and third overall for the regatta. She posted eight top three finishes.

The Organizing Authorities for this 2021 US Open Sailing Series regatta are Clearwater Yacht Club, Clearwater Community Sailing Center, Tampa Bay Charities, and Sail Life. We thank the City of Clearwater and the City of St. Petersburg for their support to host this event both in 2021 and 2022.

On January 11, US Sailing and host yacht clubs at sailing venues in Florida and California launched a new racing and training series of Olympic-class regattas in 2021 and beyond. The West Marine US Open Sailing Series offers an increase in high-quality Olympic-class racing for U.S. athletes with a goal of attracting top-level international competitors to race in these regattas for years to come.

US Sailing and the larger community of sailors in the U.S. identified a demand for a racing and training platform based in the United States that serves to provide as a runway to the Olympic Games for prospective athletes. With the 2028 LA Olympics on the distant horizon, it is essential for US Sailing to establish a consistent and predictable cycle for athletes to plan for on an annual basis.

The first two events of the 2021 series took place in January at venues in Fort Lauderdale and Miami. The series resumes in San Diego this June for the start of three events in California, including Long Beach in July and San Francisco in August.

To learn more about the West Marine US Open Sailing Series and to follow all the action in 2021, visit the series website at usopen.ussailing.org.