Pauline Courtois (FRA) and Pearson Potts (USA) lead the Women’s and Open division after two flights sailed in the semifinals at World Sailing’s Nations Cup, hosted by St. Francis Yacht Club in San Francisco, CA. The first to score three wins in each division will advance to the finals. 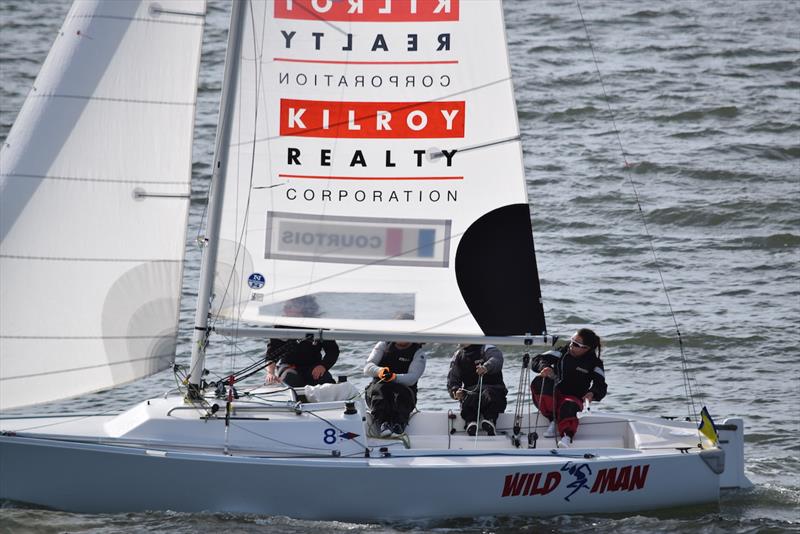 Courtois had a rough morning, scoring just one point in five matches, but came back with two solid wins versus Östling. Breault, as the highest ranked competitor in Stage 3, selected Senfft as her competitor for the semifinals and went on to win their first match. In the second, Senfft won the start and carried a slim lead around the course. During the last downwind leg, she luffed Breault, pressuring her off to the south and then smoothly gybed around to slide over the finish, while Breault stalled out on the wrong side of the line. Each finished the day 1-1.

Mesnil, as the leader heading into the semis, selected Potts who went on to score two wins against him in very close racing from start to finish. Meanwhile, plenty of sparks flew between Haddad and Hodgson as they battled closely in their first faceoff, with Haddad ultimately scoring four penalties and clearing just two of them. During their second race, Haddad sailed with a cooler head, but during a dial down Hodgson luffed and hit the port side of Haddad’s boat. As a result, Hodgson was penalized on the water. At a subsequent hearing relating to the damage, the committee of three umpires designated the damage as level B, carrying a negative penalty of three-quarters of a race win. 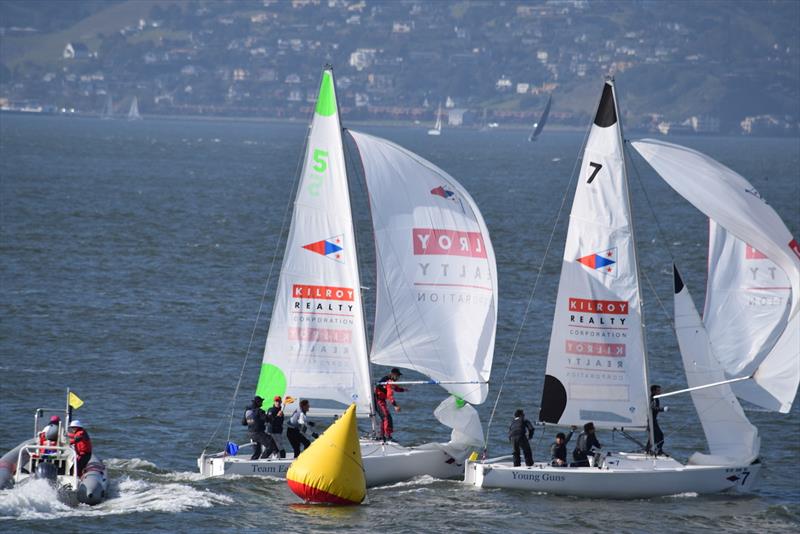 “It shows we’re both going pretty hard,” said Hodgson, who hopes to be more disciplined tomorrow. “We had a nice handshake on the dock, which goes to show the level of competition at this event. We’ve never had to work so hard for every win.”

“The intensity of racing increased throughout the day, as did the conditions,” said Michael O’Connor, Nations Cup Working Party Chair in World Sailing. Citing the 18-20 knot westerly and flooding tide, he added. “It was hard, tough conditions, forcing the very best from the sailors and teams. Very close racing on the edge as the semifinals commenced.”

Semifinals continue tomorrow with racing commencing at 10:00PST; the first with three wins will advance to the finals, with a petit-final raced for third and fourth place.