Following this year’s lockdowns around the globe and the recent announcement of a one-year postponement to the start of the next edition of The Ocean Race until Fall 2022, 11th Hour Racing Team leaders Charlie Enright and Mark Towill have reset their team calendar and training program for late summer.

The 11th Hour Racing Team boat went back in the water last week in Lorient, France and team members are gathering in Brittany this week for offshore training sessions and preparations for an early August transatlantic sail to Newport, RI, home to the team’s title sponsor 11th Hour Racing.

“Like most of the world, we have been watching the COVID19 issues unfold in all parts of the globe, and we hope that leaders and societies can continue to take the right steps to minimize the spread of the virus and its tragic consequences as much as possible,” said Team CEO Mark Towill about the recent events. “We naturally paused all of our in-person activities since February and are being meticulous in following local and international health and safety protocols as we return to sailing.” 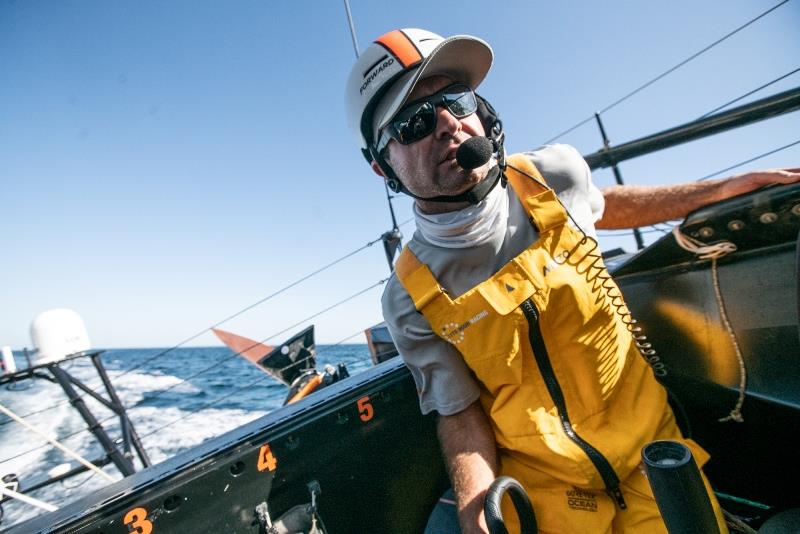 The team had been focusing on restarting its French-based team operations and training as lockdowns and travel restrictions were slowly being lifted in Europe and around the world. The recent announcement that the start of The Ocean Race will be postponed until 2022, has compelled Towill and Enright to take a fresh look at the team’s plans through the rest of this year.

The boat returned to the water on July 16 after a refit with Multiplast that took over seven months instead of three as a result of the pandemic. After the hiatus from sailing, Enright also got back on the water with his first sail of 2020 on the IMOCA 60 earlier this week. The team plans to leave for Newport in early August pending a test of all the boat’s systems and new hardware updates, including the installation of a new foil that will be tested on the transatlantic. Placing an emphasis on health and safety, the team has focused on creating a tight-knit, bubble environment for training and have implemented a detailed team operating policy that is regularly updated according to regional and global regulations. 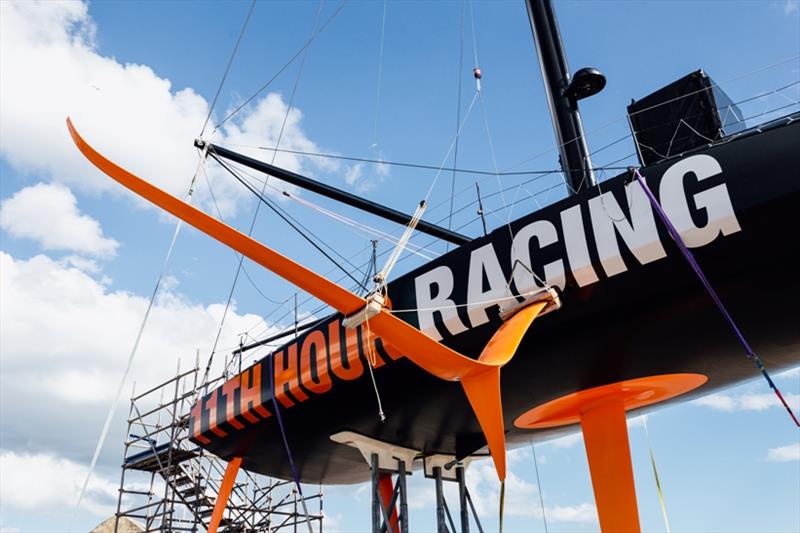 11th Hour Racing Team installs the new T-foil on their IMOCA 60 that will be used for training and performance testing leading up to The Ocean Race 2022-23. – photo © Lou-Kévin Roquais / 11th Hour Racing

In Newport, the team is planning a social-distant homecoming event in mid-September, inviting local fans to see the boat and sailors. On September 16, members of the 11th Hour Racing Team will participate in the virtual Newport Ocean Race Summit.

“It’s great to finally have some clarity on sailing for the foreseeable future,” said Enright. “It’s still all very fluid right now but having the boat back on the water has been a huge boost for the campaign and team morale. Getting the boat over to Rhode Island will allow us more opportunities to sail together in the short term, connect with sailing fans in the local community, all while putting an emphasis on health and safety.”

During the lockdown, team leaders and Damian Foxall, Sustainability Program Manager, participated in a series of livestream interviews and virtual appearances — including US Sailing, The Sustainability Report, Oakcliff Sailing, Rocking the Boat, Sport & Sustainability International, Schmidt Ocean Institute and more. 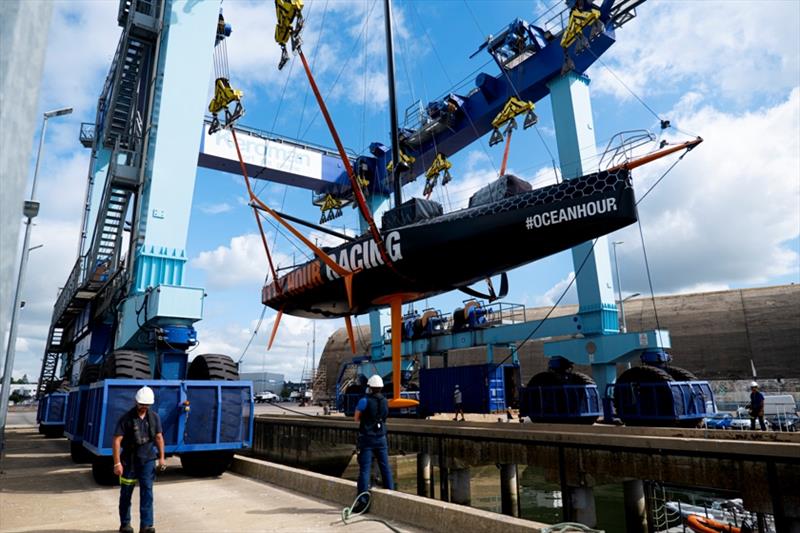 Furthering their mission to create long-lasting change for ocean health, the team organized monthly ‘#oceanhour sessions’ focused on a variety of environmental and sustainability topics. To celebrate Earth Day, the team hosted a ‘Netflix Viewing Party’ of Chasing Coral and were privileged to have the film creator Richard Vevers join for a Q&A. The topic of biomimicry and how the team can use nature to inspire sustainable design in the marine industry was explored in May, and last month the team discussed how the team’s sustainability initiatives can help contribute to a thriving world living within the planetary boundaries.

“The first half of the year was challenging with the global shutdown and The Ocean Race’s new timeline,” said Towill. “But we’ve worked hard to make the best of it in order to optimize our technical program and build out our sustainability initiatives even further to leave a greater lasting legacy.”