The ‘threat’ of a freshening north east wind convinced most teams to go for their smaller #2 rigs and the race to the first set of 3-buoy windward marks was both exciting and close as the fleet was spread wide across the harbour.

Andoo (Marcus Ashley-Jones), Finport Finance, Shaw and Partners Financial Services (Jim Colley) and Smeg were prominent along with tech2 and Bird and Bear.

With such a close battle in the leading group, the first rounding was critical as the experienced Smeg team only had to go to the centre mark while most of the other leaders had to sail to the furthest mark.

Smeg quickly grabbed the lead from Andoo and Yandoo, which also gained at the centre mark. 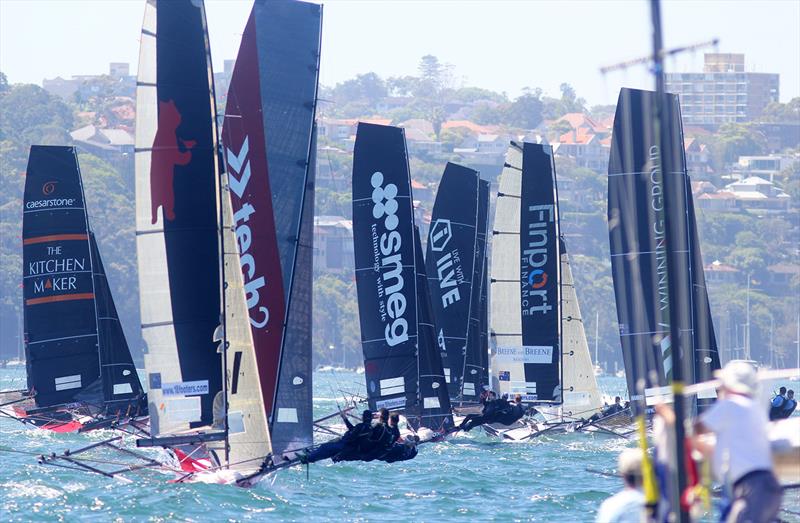 On the following spinnaker run back to the wing mark off the southern end of Shark Island in Rose Bay, Smeg opened up a break over Yandoo with a group led by The Kitchen Maker-Caesarstone (Jordan Girdis), followed by tech2, Andoo, Finport Finance, Winning Group and Ilve (Pedro Vozone).

Smeg’s lead was between 25-30s at the bottom mark and the first four placings remained unchanged at the fleet headed back to the windward marks off the Beashel Buoy for the second time.

The race took on a completely different look this time as Smeg had increased her lead to one minute over Yandoo.

The racing behind the two leaders was close and positions changed often over the next two legs of the course.

The Kitchen Maker-Caesarstone, Andoo and tech2 were having a wonderful battle on the spinnaker run down the centre of Sydney Harbour while a mini race was taking place between three teams, Finport Finance, Shaw & Partners and Winning Group which had been disadvantaged by having to sail each lap to the longest mark. 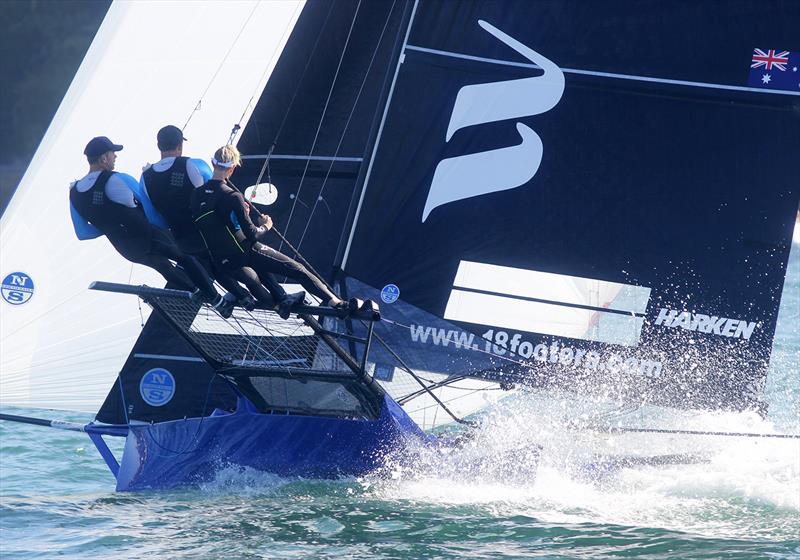 After a lengthy retirement from the 18s, Anthony Young made a return to the class as skipper of Rag & Famish Hotel and showed he still had the skills as he brought home in fourth place after being well back in the fleet in the early stage of the race.

After strong southerly winds and a light wind race day last week, today’s conditions were a good guide to the upcoming NSW Championship, which begins on Sydney Harbour next Sunday, as well as an opportunity for the new teams to the 18s this season to check their pace against the more experienced teams. 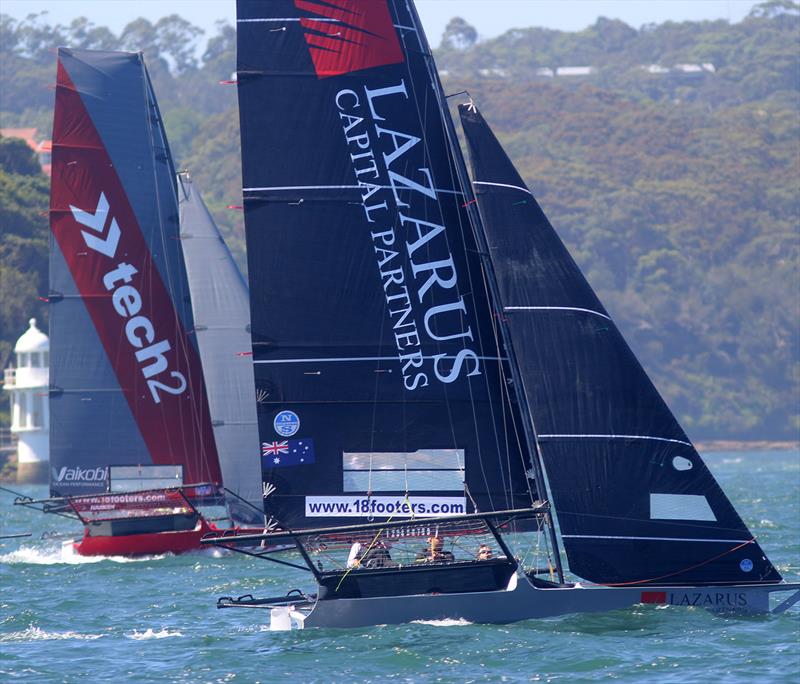 Race 1 of the NSW Championship will be conducted next Sunday, November 22.

Spectators can follow the racing on board the club’s spectator ferry, however due to the COVID-19 policy, numbers are limited.

For those unable to make it out onto the water, AeroMedia Live Broadcast team will be on Sydney Harbour to capture all the action. Live streaming is available at www.18footers.com by clicking on the ’18 Footers TV’ link.