The waiting is almost over. At the Skippers’ Briefing on Friday evening, the Royal Malta Yacht Club (RMYC) confirmed that everything is in place for the 2020 Rolex Middle Sea Race to start tomorrow, Saturday 17 October, as scheduled.

The relief is palpable for the organisers and crews. Despite the club’s conviction that race could and should go ahead, if at all possible, it has been a long and uncertain wait. The 50 boats registered to set off on the 606nm course are proof that the conviction was well-reasoned.

Principal Race Officer Peter Dimech is probably the most relieved individual in Malta: “It’s an achievement, in the present circumstances, to have a fleet of 50 boats starting from Grand Harbour tomorrow.” Dimech is quick to give some context, “We are probably the last truly international race of 2020, a year of cancellations, so pulling this off is quite something.” The race start looks fairly straight-forward, with a force 4 to 5 north-westerly to power the fleet off the line. “The north west breeze will get them to Capo Passero on the south east corner of Sicily on Saturday evening or night,” continues Dimech. “Then they look to have a problem as the wind is set to die overnight.”

The fleet will be divided into seven start groups with the smallest yachts scheduled to cross the line at 11.10 CEST. The final two starts are reserved for the fastest monohulls followed by a powerful selection of multihulls. These two groups will be disappointed that the forecast conditions look light. The 2007 monohull record of 47 hours, 55 minutes, 3 seconds, set by the 30m/90 ft Rambler, appears safe for another year given the absence of any yacht approaching her waterline length and no suggestion of the storm conditions that propelled the American maxi around the course.

The largest monohull competing is the 22m/72ft Aragon (NED), whose length advantage will be threatened by the smaller, but turbo-charged 18.57m/60ft Wild Joe (HUN), skippered by Marton Jozsa. “This is going to be our ninth race on Wild Joe, and my eleventh,” said Jozsa.”We love this place, especially the very friendly people. The race is the main thing, of course, it is always challenging and difficult.” As to his chances, he comments: “The really big boats are not here. We are fast in light wind and unfortunately it is going to be light. That may be good for us and I am optimistic.” The pair of Polish-crewed VO70s, E1 and I Love Poland, and Sisi, the Austrian Volvo 65 are powerful, but will likely find the conditions against them. 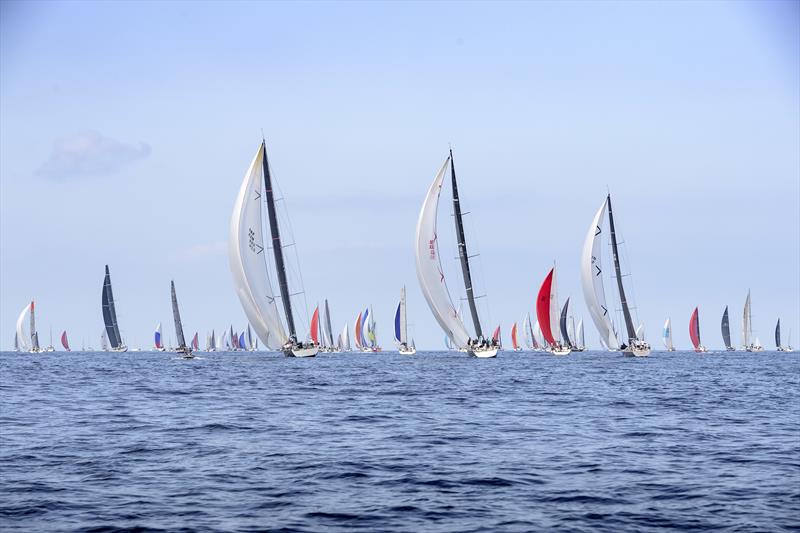 The multihull record of 49 hours, 25 minutes, 1 second was set by the Multi70 Maserati in 2016. Again, conditions do not appear to favour a faster time being established. Giovanni Soldini and Maserati are back, facing stiff competition from near sistership Mana, numbering multihull-maestro Brian Thompson among the crew, and the 80ft Ultim’Emotion 2 entered by Antoine Rabaste and the winner of the 2020 Cape2Rio Race in January as LoveWater. “It seems like it’s going to be a slow race, but we will give our best as always!” said Soldini, continuing, “Thompson is an excellent skipper. We have already raced against him many times, both aboard Phaedo 3 (in 2016) and, more recently, aboard Argo: it’s going to be a great race”. Soldini’s crew includes Lorenzo Bressani, the 11-time world champion, making his debut on board and John Elkann, the Italian-American industrialist whose grandfather happens to be Gianni Agnelli, another enthusiastic sailor.

Some 39 of the 50 boat fleet are competing under IRC for the overall prize, the Rolex Middle Sea Race Trophy won in 2019 by local boat Elusive 2, co-skippered by the Podesta siblings, Maya, Christoph and Aaron, who have raced together every year since 2002, bar 2014. “Every race is definitely different,” said Aaron. “Going round landmarks like erupting volcanoes is extraordinary. It gives the race that extra feeling.” For Maya, “There is definitely a sense of pride that the RMYC as organisers of the Rolex Middle Sea Race have left no stone unturned in organising the race and keeping it as safe as possible for all.”

Elusive 2 will have its work cut out to defend its title. No yacht has achieved back-to-back victories since Nita IV in 1979 and 1980. A Maltese crew has come closest, with Artie winning in 2011 and 2014. The Lee Satariano-led team is here again this year with its latest yacht the HH42 Artie III, which made its debut last year.

As every major offshore race winner will say, the only element you can attempt to control is your own performance. Sail to your full potential and you might win your class. If the wind gods favour you further, you may have shout at the overall prize.

The largest IRC class is 6, with 12 yachts, the smallest of which is the 9m Hakuna Matata (FRA), the Sun Fast 3200 of Jean-Francois Nouel. The three J-109s should enjoy a close tussle. Jarhead (MLT), led by Lloyd Hamilton a Royal Engineer recognised for his charity work with ‘Toe in the Water’ features a young crew supported in their sailing ambitions by the Jarhead Foundation. 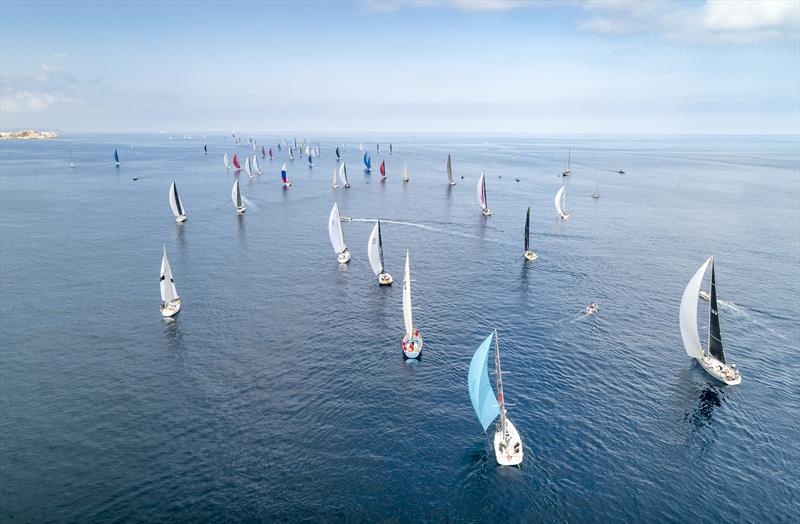 The race start will be broadcast live on TVM2 with Maltese language commentary from 1030 (until 12.30). There will also be a Facebook Live broadcast in the English language starting at 1030 here.

During the race there will be live daily updates on Facebook at 0900 each day (and other times to be advised).

Spectators wishing to watch the start from the shoreline of Grand Harbour should respect government rules and guidance regarding social distancing and mask wearing.

Those hoping to watch from the water are advised that Grand Harbour is closed to all traffic not directly related to the race from 0900 to 1500 or such time as may be communicated by Valletta Port Control (Valletta VTS) on Channel 12.

Any alterations to the start arrangements due to changes in government guidance will be notified via the race website and social media channels.