Racing took place on the South Coast of Grenada with the trade winds pumping up to 20 knots in the gusts with a modest swell punctuated by bigger sets of rollers emanating from the Atlantic. There were race wins today for Whistler (BAR), Rasmus (AUT), The Blue Peter (GBR), Shangri La (BAR), Die Hard (GRN), Jabal (LCA) and Fadeaway (BAR).

Pamala Baldwin’s J/122 Liquid (ANT) is the overall winner of CSA1, the young team led by Pamala scored podium finishes in all ten races scoring five bullets. Richard Szyjan’s Hobie 33 Category 5 (GRN) was a solid second in class and Rob Butler’s Reflex 38 Touch2Play (CAN) beavered away to hold on to the last podium spot. Peter Lewis’s J/122 Whistler (CAN) finished the regatta in style taking the win in the last race. 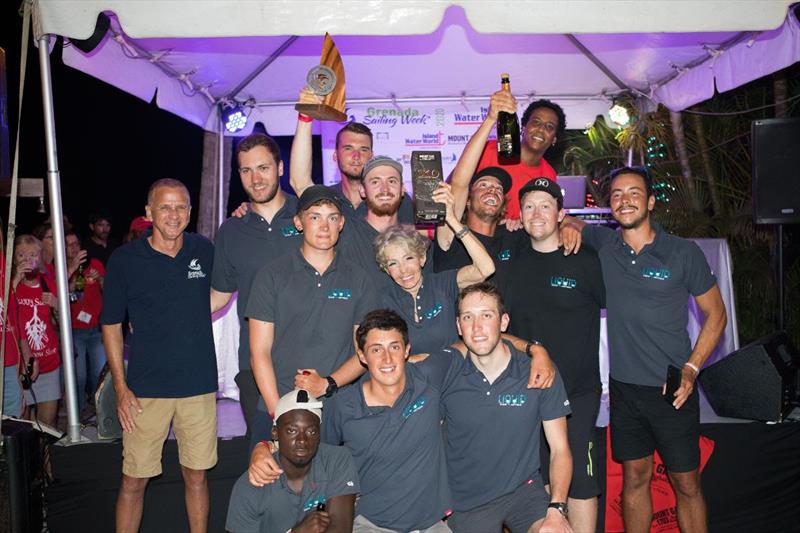 “This is a great start to our season,” commented Pamala Baldwin. “Our consistency comes from great preparation from the team and the ability to minimise the effect of problems when they occur. The team is also very fit and when you are competing in up to three races a day, fatigue is a big factor in the last race because it can effect concentration which can cause errors.” 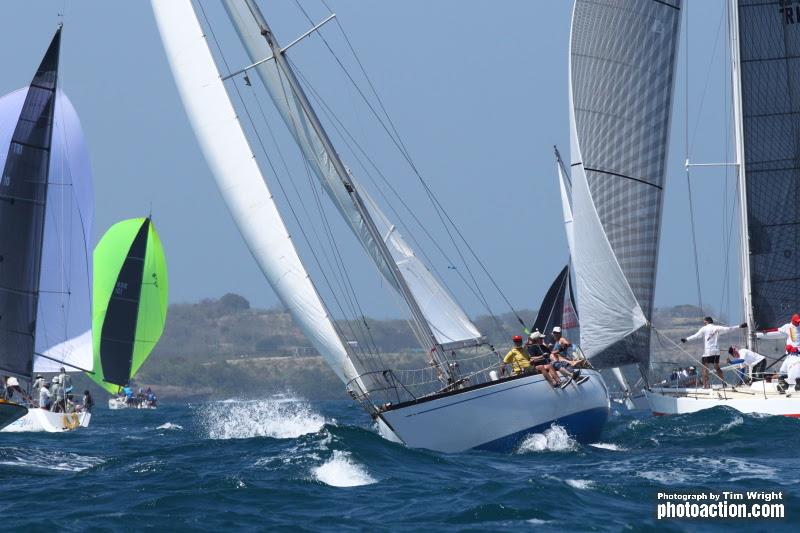 In CSA 3, Dieter Huppenkothen’s Swan 43 Rasmus (AUT) is the winner, in today’s two races Ramus won the first race, and after time correction, tied the second with Mathew Barker’s Alfred Milne sloop The Blue Peter. Norman Da Costa’s Soveral 42 C-MOS was second overall for the class just half a point ahead of The Blue Peter. Congratulations to Rasmus, they have been coming to the regatta for many years but this this the first time they have won their class. Hard luck for The Blue Peter who missed out on the runner up spot by less than a blink. 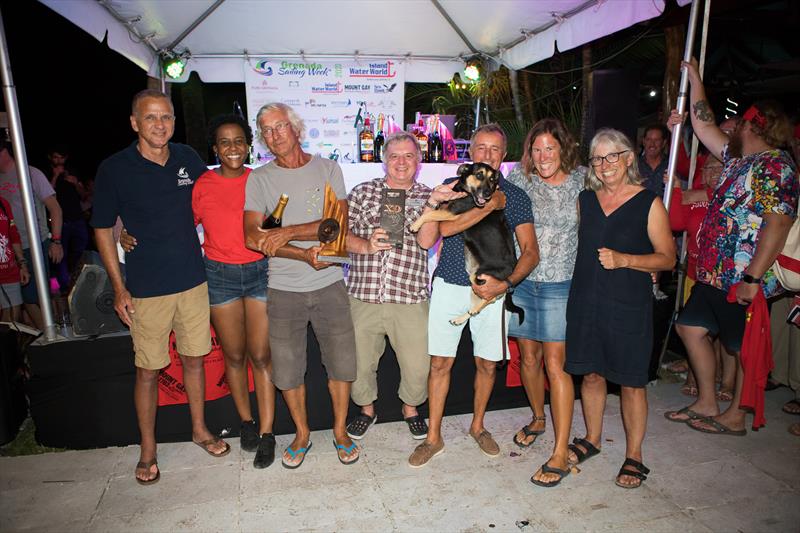 The overall lead in the J/24 Class has changed every day of the regatta, such has been the intensity of the competition. After 18 hard fought rounds, Robbie Yearwood’s Die Hard (GRN) came back off the ropes to win by a single point from Nick Forsberg’s Jabal (LCA). Gus Reader’s Fadeaway (BAR) won the last race of the regatta but finished third just three points behind the winner. 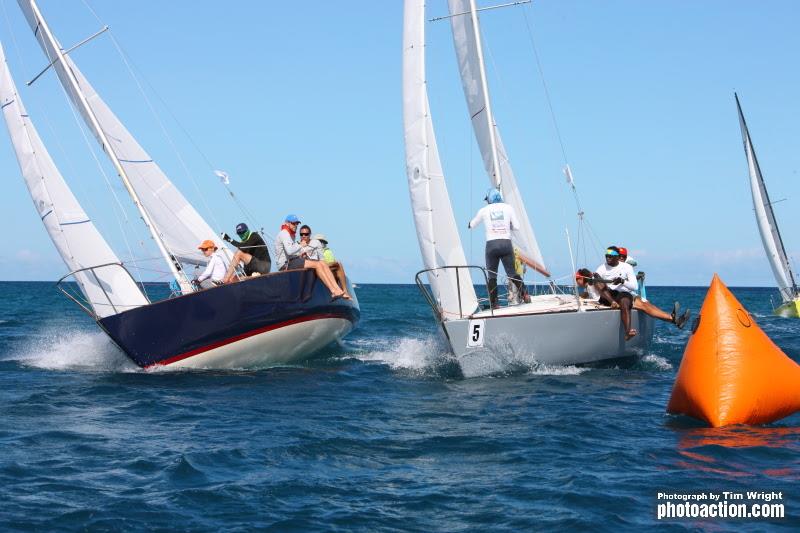 “We are called Die Hard because we never give up,” smiled Robbie Yearwood. “We are level-headed, never get twisted, and don’t harbour thoughts when things go wrong. That’s history we look forward not behind. The J/24 Class is one-design so it is very close and we get 18 races in which are tight fought and tactical. Socially we get together after racing help each other fix the boats and have a couple of beers together. We have an additional bet between us, so we have a great bottle of rum to enjoy!” 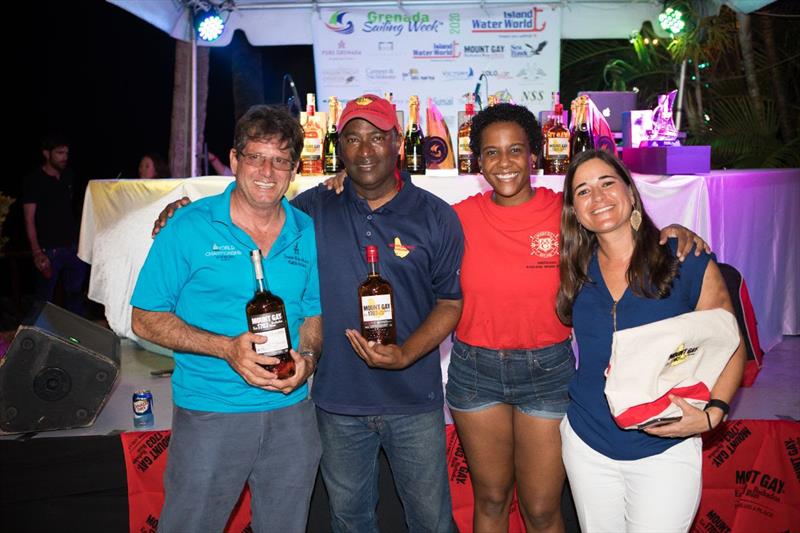 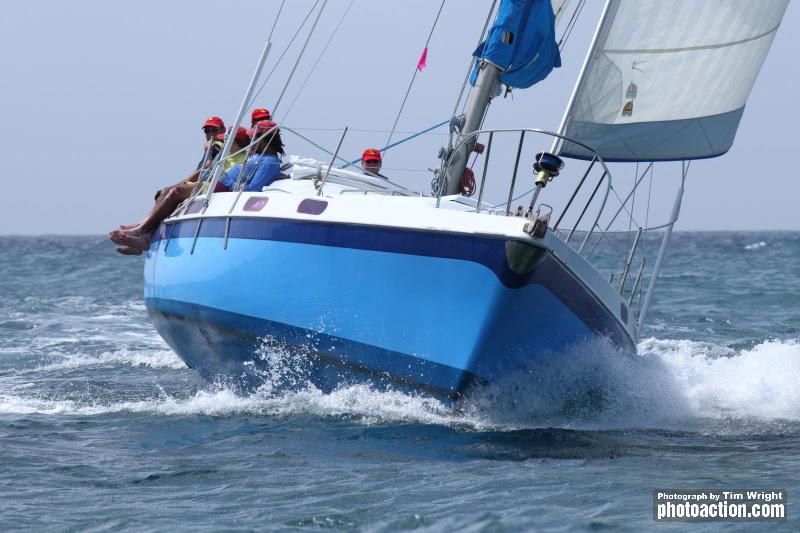 “This is the best regatta in the Caribbean,” smiled Jonathan Gittens. “The competition is great and we have a big variety in sailing conditions. We have so much fun ashore, it is the perfect combination.” 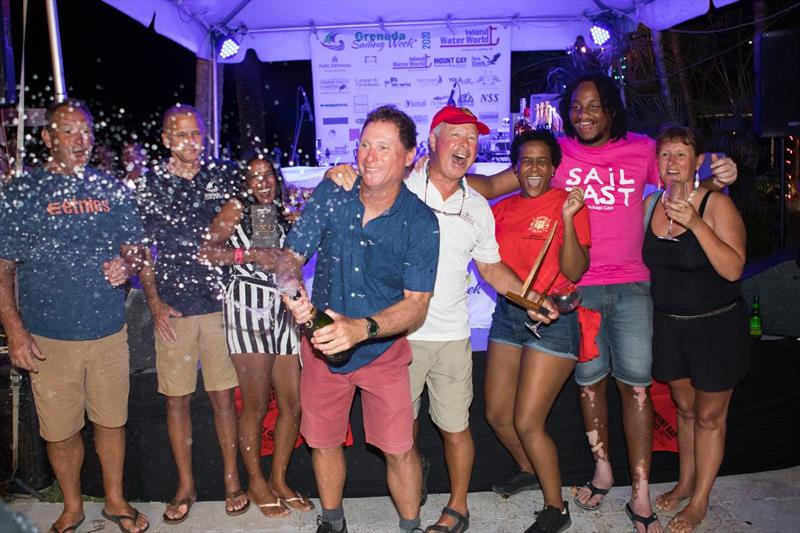 The Prize Giving for Island Water World Grenada Sailing Week headlined the Mount Gay Rum Red Cap Party at The Aquarium Restaurant on Magazine Beach. Guest of Honour was Brenda Hood, Chairman of the Grenada Tourism Authority, who congratulated the winners, sponsors and organisers of Island Water World Grenada Sailing Week. Brian Sylvester represented Mount Gay Rum livened up the proceedings before DJ King Turbo and Solid the Band, played a spectacular live set. The Aquarium is one of Grenada’s finest restaurants, established in 1996 by Ulli Khun it has a long history of hosting the awards ceremony for the regatta and that has now returned to its roots! 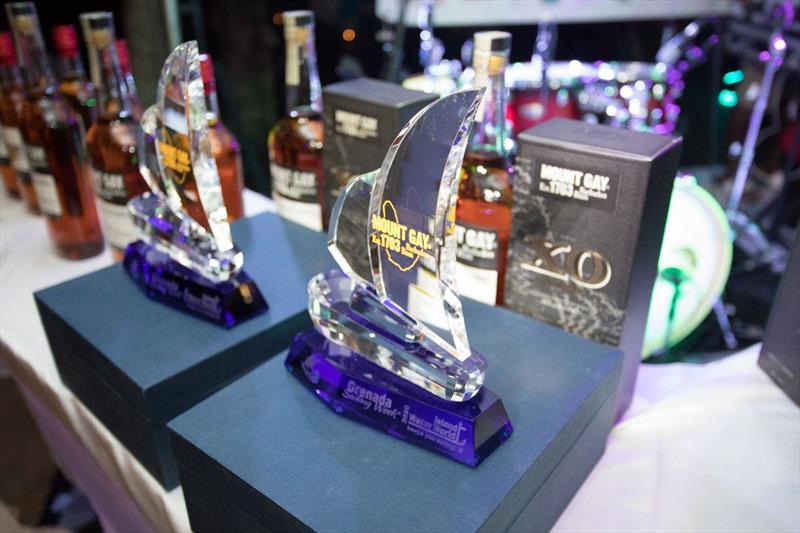 Whilst Grenada Sailing Week has come to a conclusion boat building in the tri-island state of Grenada, Carriacou and Petite Martinique has been a tradition for over 200 years. For two days following the regatta, a traditional workboat event takes place on Grand Anse Beach. In recent years, a new Woburn Class has been introduced to encourage the continued participation of young community sailors – the ‘Young Guns’ include Jamille Charles who has been racing as a guest on Peter Anthony’s Farr 65 Spirit of Juno (ANT). Jamille has been doing the hard yards on the coffee-grinder winches but also his local knowledge of Grenada has been invaluable.