The list of favourites at the 99th Star Class World Championships in Kiel (4 to 11 September) is long. After two title candidates, the reigning European Champions and two-time Olympic participants Enrico Chieffi and Ferdinando Colaninno (Italy) and the European Vice-Champions Hubert Merklebach/Kilian Weise (Überlingen), had registered early, the list of stars among the competitors has grown steadily.

A total of 86 crews from 18 nations have registered for the World Championships, which will be held during Kiel Week (4-12 September).

“The number of participants exceeds our expectations. We are happy about the qualitatively and quantitatively strong field of participants,” explains the Head of Organisation Dirk Ramhorst (Kiel Yacht-Club). 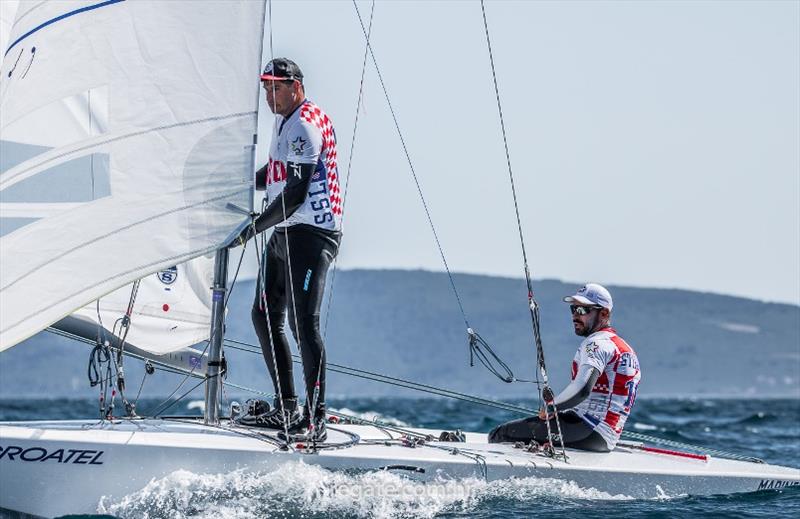 Mateusz Kusznierewicz, who once collected victories in the Finn and proved his exceptional talent with gold and bronze at the Olympic Games and two World Championship titles, switched to the double handed keelboat in which he won World Championship gold in 2008 and 2019. And after the Star Class World Championship in 2020 was cancelled due to a pandemic, the Sailor of the Year 1999 will now compete as the defending champion in Kiel. The 46-year-old already proved that he is in top form together with his crew partner Bruno Prada at the traditional Barcadi Cup in Miami/USA in spring. With eight victories in all eight races, the duo dominated the top-class competition and became the first crew ever to win the competition with a clean sweep since it was founded in 1927.

Mateusz Kusznierewicz, who won the Kiel Week in the Finn in 1998, 1999 and 2002 as well as the Kiel Week in the Star in 2005, and his Brazilian crewmate Bruno Prada, who secured the Kiel Week victory in the Star in 2010 at the helm of the exceptional Brazilian sailor Robert Scheidt, are both familiar with the Kiel fjord. Together, Scheidt/Prada won Olympic silver (2008) and bronze (2012) for their home country. This series of successes also includes three joint World Championship titles. While Scheidt returned to the Laser after a brief stint in the 49er, Prada remained loyal to the Star and won World Championship gold in 2016 on board the American Augie Diaz. In Kiel, the competitors will have a hard time beating this experienced, successful duo.

Germany’s hopes lie above all on the shoulders of Star Class President and dethroned European Champion Hubert Merklebach. The 58-year-old has only been sailing together with Kilian Weise (27) since last year. “Top ten is realistic, everything else depends on the form of the day,” says Merklebach. However, the European Championship runner-up and the German championship title this year speak for good form in 2021.

The German crew Markus Koy and Frithjof Kleen are also aiming for the podium. Marcus Koy is on board with Jörgen Schönherr (Denmark). The Hamburg native has already had a breath of America’s Cup air and was part of United Internet Team Germany in the Louis Vuitton Cup in 2007. After that, the North Sails consultant concentrated on the Star boat and collected three European Championship titles with three different helmsmen – in 2008 with Robert Stanjek, in 2010 with Johannes Polgar and in 2014 with Hubert Merkelbach. 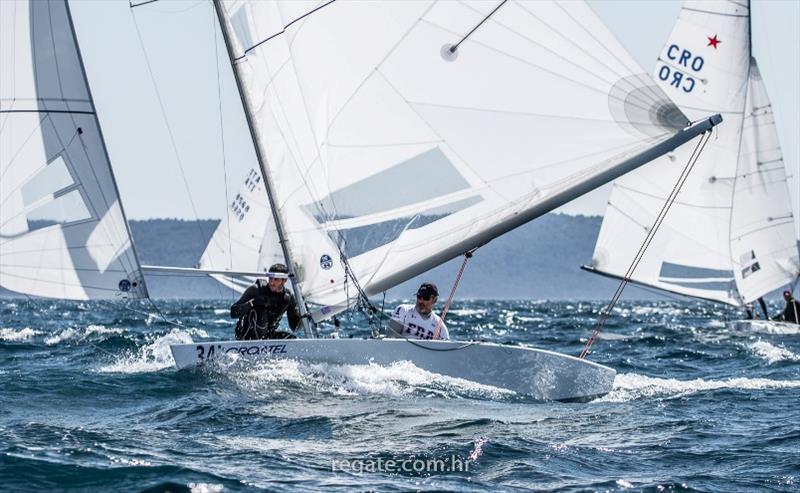 Five-time Olympic participant Xavier Rohart (France) is one of the medal hoarders. No matter where he competes. – photo © Hrvoje Duvancic / www.regate.com.hr

Frithjof Kleen has been one of the most successful Star boat crew members for years. In 2011, the Berlin-born sailor was the first bowman to be voted World Sailor of the Year. The 38-year-old is a highly demanded Starboat crew, in addition to winning the 2008 World Championship title in the Swan 45 class, he is a successful Dragon coach and has sailed with numerous sailing giants such as Robert Scheidt (Brazil/five-time Olympic medallist), Alexander Hagen (Hamburg/two-time Olympic participant and two-time World Champion), Peter Oleary (Ireland/two-time Olympic participant) and George Szabo (USA/Star World Champion 2009). One of the greatest successes is undoubtedly the 6th place at the 2012 Olympic Games in Weymouth (Great Britain) alongside with Robert Stanjek.

The Germans’ sparring partner at the time on the way to the Games in Great Britain was the Italian Diego Negri, with whom Kleen frequently got into the boat after the Games. A European Championship and three Silver Stars are on the books together. Now it is up to Diego Negri to shake off the curse of being the eternal runner-up at Star Class World Championships (2008, 2014, 2016/both without Kleen). The 2014 world champion, Frithjof Kleen, on Robert Stanjek’s boat for the title, is expected to play a part in this. 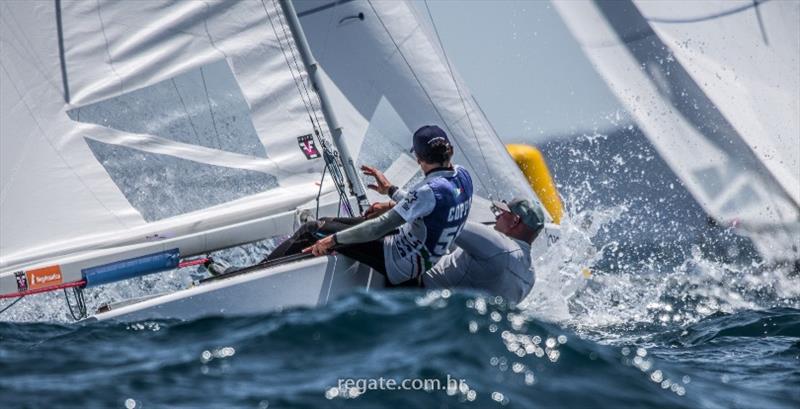 Frithjof Kleen (here at the European Championships on board Giovanni Coppo/Italy) is the crew-mate of Diego Negri (Italy). – photo © Hrvoje Duvancic / www.regate.com.hr

“Kiel is our goal. We have been training for this World Championship on Lake Garda since the beginning of August. For me, it is also something like coming home,” says Kleen, who commutes between Berlin and Riva del Garda (Italy). In his second home, Italy, Kleen is the sports director of the Star Sailors League training centre. His third home is the Star Boat.

“I’m really looking forward to finally sailing in Kiel again,” he says, looking ahead to the World Championships in Germany. “Of course it will be hard to beat Mateusz and Bruno. But it has to happen at some point. And it’s about time, Diego is already 50,” says Kleen, for whom the defending champions are the benchmark.

The Star Class World Championships are supported by the state capital Kiel, the state of Schleswig-Holstein, the partners Helly Hansen and Heineken as well as the sponsors Heinz Nixdorf-Verein and Voigt-Logistik.