Having to withdraw from last Autumn’s Transat Jacques Vabre was not the optimal start to Alex Thomson’s Vendée Globe programme with his new Hugo Boss.

The required time back in the yard, compounded by lockdown due to the COVID-19 pandemic, robbed the British skipper of much of his planned solo preparation and testing miles.

But Thomson considers that his new design, a step on from the previous Hugo Boss had moved him ahead of the game and the transition was more straightforward. Just as the Vendée Globe itself is all about the ability to adapt to new situations each and every day of the race, so too when setbacks and pitfalls happen to compromise your perfect plan, it is how you adapt and deal with the issues which make or break your race. With a third and a second on the race, and heading for his fifth start, Thomson is well versed on keeping calm and focused on the prize.

Bring us up to date Alex what have you been doing recently and how ready are you?

We have just done about 4000 miles offshore, which is a big push. We did a week with the crew and then a period with me on my own where I qualified (ed note, Alex needed a 2000 miles approved solo passage on his new boat to qualify). So during that period we found some good stuff out there, good performance stuff and obviously completed my qualifier. And my first chance to really sail the boat solo. So it is great to tick the box and get it done now, even if we have no idea what’s going to happen after this strange year. It was really a pleasure to be out and to sail the boat alone, that is what it was designed for good to finally do it and that felt great. 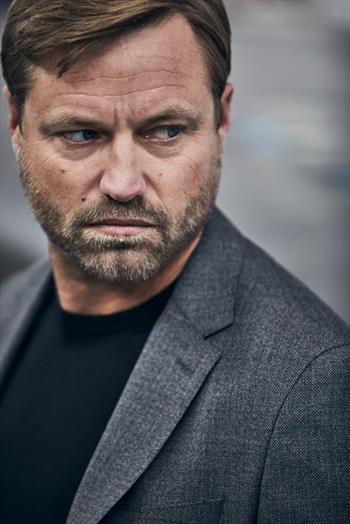 feels like we made some good decisions around the ergonomics, the protection, just how it is set up and it is just about as ideal as it can possibly be. Along the way we had a heads up about an issue one of our other sister boats had that was highlighted by designers, with the recommendations for us was to make some reinforcements so we pulled our little service period forward a bit so we are now back out the water to make our final round of modifications and to put some more structure in towards the back of the boat.

So how close are you to being ready?

How ready? Well I don’t know really, as the boat is in bits in the yard right now… but we are getting there. Obviously in truth we are in the same scenario as we were last time, four years ago nearly, a real lack of miles. But I guess this time everybody is in the same situation.

And have you found the whole situation with the boat and the lockdown particularly stressful as we move closer to the start?

Not particularly. As said it’s not very different from last time and while we’d prefer not to be in this scenario but I guess the worst things for everyone here is the Covid situation. Obviously we didn’t do the Vendee Arctic race. We weren’t ready for that. But still we did the same number of miles, if not more miles in fact. So don’t feel like we’ve lost out there at all, that is apart from we don’t really know where we are compared to the rest of the fleet. But the rest of the fleet don’t know where we are either.

Do you concern yourself by the fact you have no benchmarks against other boats or do you prefer the stealth mode, coming off the start line with your rivals not knowing what to expect?

Apart from the fact that we couldn’t make that race anyway because we weren’t ready, yes of course you could find out whether you’re fast or slow, but you can’t do anything about it at this stage. For us it was really important to work on the pilot development and the other bits and bobs and just carry on along the path we’re on. You kind of get a chance when you design and build your boat, you go in the water and the Jacques Vabre is the first race you race against them and from there you have a chance to make some changes. There would have been a tiny possibility to make tiny changes after the original New York Vendee race but we’re well past that now.

Had you been ready would you have liked to have done it?

We would’ve liked to have done but then you get into saying ‘ok what’s more valuable?’. I think if you are ready there’s no reason not to do it. It was a fascinating race and very interesting.

And what did you learn from watching the race?

I was following it when I was qualifying. I learned who the favourites are. And obviously it was a very stop start race so everyone both sort of finished very closely together which you wouldn’t expect in a Vendee. So the three top boats being where they were really highlights to me that they’re the favourites. 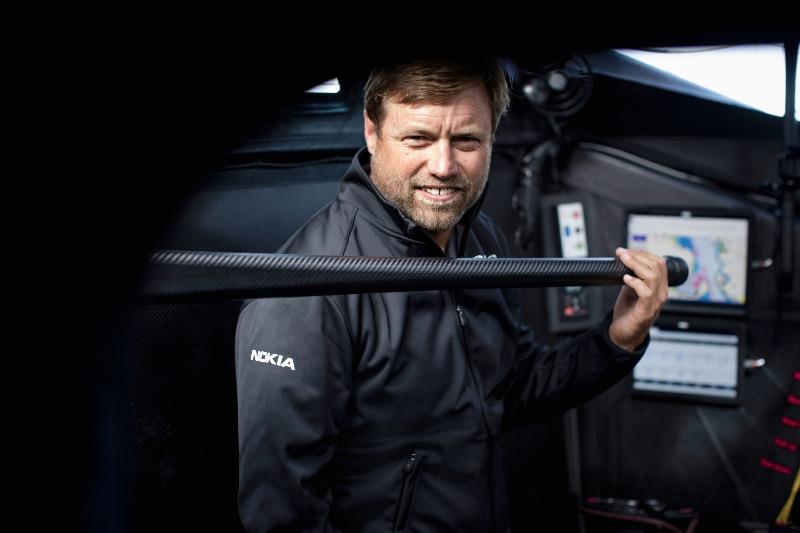 What do you see as the shape of this Vendée Globe coming up, how will it run as compared to previous races?

I think generally the new generation of big foilers are significantly faster than the others. We know that from our benchmark of the previous Hugo Boss from which we did a lot of miles on so we have a lot of data. I think they’re all going to be significantly quicker in some areas but I think none of us have the miles that we’d like to have done. My feeling is that that could possibly mean reliability for the bigger foiled boats might not be as good as it was in the last one.

Will that affect the way you approach the first days and weeks of the race, do you think there will be scope to sail more conservatively?

I think we can look at the number of miles and say we’re doing all we can to prepare for the race but that’s just the same as what we did last time. We’re heading for the same number of miles but that’s no surprise to us. It’s much easier now to reach the limits of pretty much everything. So I can’t imagine people racing around the world the way that they did on the Vendee Arctic. A Figaro style race like that would probably destroy the boats and the skippers too.

Uncomfortable, hard to rest, difficult to switch off. That was the feedback from the Vendée Arctic, how do you approach that to optimise life on board? And what have you updated recently to improve your working and living environment?

You have to remember the previous Hugo Boss was the closest of the last generation to this generation, and so it’s no surprise to us. That’s why we’ve done what we’ve done. We’ve finalised the seat/bed/navigation area so that’s all done. And so in truth it hasn’t really changed for me very much. The noise is something to the point that I’ve never really wanted to wear noise cancelling headphones. But that’s not really becoming not an option. I’ve noticed my hearing getting damaged and for me I don’t really think it’s a surprise. We’ve prepared the main part of the physical preparation to make it more comfortable within the boat. You can’t make your spine more bouncy, but you can have a seat that will take some of the impact.

Your sail programme and choosing what sails to take will be crucial for every skipper? What are your thoughts on what you’ve seen?

I work with Doyle Sails and no one else is. Beyond that I don’t know what anyone else has. You see some of the pictures but they all look very similar.

Do you feel like you are down the same routes as the others in that area?

We don’t really know to be honest, I like to relate it to the America’s Cup in Bermuda You’ve got Japan, Oracle and Artemis all in the same place, one boat is faster than the others so what do the others do, they all copy to make sure they’re as fast as he is. Then Ben obviously turned up with his boat that was significantly below the performance of them and team New Zealand came out who were significantly faster.

And in this mix then you are Team New Zealand?

We set up slightly differently to everyone else and so some stuff you won’t be as good at and other stuff we’ll be much better at. I think with these new boats will be, everyone is going to have their day. Nothing’s for free. It is always the same, you can’t make a boat that goes upwind at 20 knots and downwind at 30 knots. You give and you take. Every boat will have its angle when they go fastest. It will go down to ‘are we fast in the right areas?’

How much have you managed to optimise, to improve the boat then since you launched?

That’s really hard to say, I’d say significant, 10-15% in most areas probably. It’s hard because you put these boats on flat water and you’d think they’re multihulls, Put them in waves in the ocean where we actually sail and they’re less different from each other. In flat water we can average 10-15% faster than the last boat but in the waves that percentage goes down a lot.

Have you had time in big seas and winds which would correspond to what you will expect during the race?

Yep, my whole qualifier was around a depression, so we had three days in some pretty good winds upwind and downwind.

In general terms what do you think of this edition of the race in terms of the size and composition of the field as this will be your fifth start?

I think definitively the race only gets better, the teams get better, they become more professional, I’ve seen a big difference from this time to last time. We know more and we understand more. I expect it’s going to be as tough or tougher than it’s ever been. The caveat to that is that no one has enough miles.

It will be a fascinating race with different groups and races within the race?

Definitely but that’s always the case, you’ll have the new boats and three or four favourites within that group and then some of them are just too new probably. Then you get into last generation of boats with the changes and I think it’s going to be a fascinating race for sure. The only concern I really have is ensuring the boat’s survival, I can’t stress that enough. When you’re not doing the miles you’d like to do, you have to second guess the issues that are going to come and then you have to solve them before now even. We are already getting to the realm of being too late.

Having completed his qualifying sail on Hugo Boss and after fulfilling all other requirements Alex is now fully registered to start the Vendee Globe on 8th November.