The video is mostly drone video – both showing the AC75 in detail, but also in the style of coverage that fans can maybe expect from the broadcast coverage from the 2021 America’s Cup.

The techniques used are very similar to those used in the last Volvo Ocean race as the On Board Media crew broke into a new space with clever positioning of drones, showing views not previously seen pf the boats sailing in the Southern Ocean. 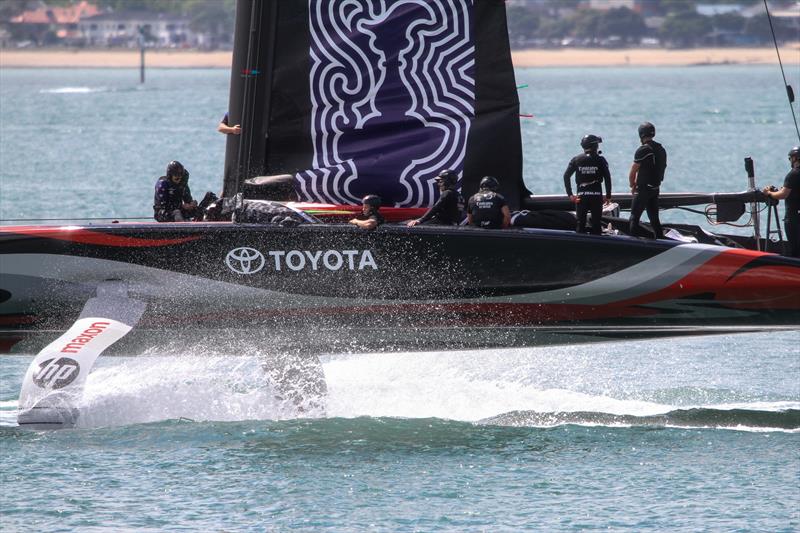 Maxon, an Australian company, have been working closely with Emirates Team New Zealand’s design and engineering team for more than a year to provide advice on “integrated drive solutions”. These include the use of electric motors to operate hydraulic valves, drive clutches, rudders and foils.

One of the many interesting features of the video comes at the end as the boat sails on starboard tack and the tip of the starboard wing can be seen under the clear water, with a white “jetstream” flowing from the wingtip.

The image below shows the jetstream and gives some idea of the effective wingspan of the AC75, and is a good illustration of where the AC75 gets its stability – and not forgetting that to windward there is almost a tonne of weight contained in the wing and foil arm.