The event was sponsored by the Ministry of Culture, Sports and Tourism, the Korea Sports Promotion Foundation, and the Korea Sailing Federation.

The competition took place from the 12th till the 15th of November, followed by a spectacular sea parade which opened on the 14th; 250 sailors from 10 countries, including the U.S., Russia, Netherlands, amongst others, participated in the ORC I and II classes.

In the ORC I class, Summer Girl of the Yeosu City team came out on top, followed by the Vikir team of Pyeongtaek City sailing team in second place. Sopoong R ended up in third, whilst Ididit in fourth, and Southern Breeze 3 of Russia in fifth place. In the ORC II class, Yeosu Night Sea was triumphant, followed by Blue Picasso in second place. The 702 Yacht Team ended up in third, whilst the Aloha Team in fourth, and Zephyros in fifth place.

The two-day competition began its first race following the opening ceremony on the morning of the 12th. Strongs winds and intense waves made up for a thrilling contest, with 14-15 knots of wind speed on the first day, and 10-12 knots on the second. 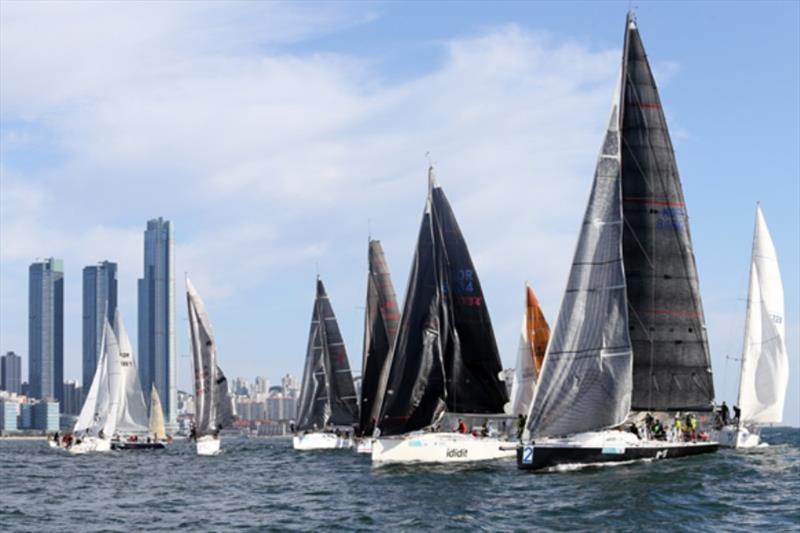 Summer Girl took the first spot on three occasions on the first day of competition. Vikira finished first in the previous round, but a handicap rate of 6 minutes and 20 seconds per hour was applied, making the race a breathtaking one. Summer Girl’s navigation and tactics stood out during the competition. In the morning race, the tide was in the same direction as the wind, but in the afternoon in the wind had strengthened, having to overcome the brought movement of the algae in the opposite direction. In the ORC II event, Yeosu Bambeam finished the race by beating Blue Picasso.

Following the second race, the prize-giving ceremony took place, albeit on a smaller scale than usual, due to COVID-19 protocols. It was obligatory for individuals to take a fever test, whilst masks were mandatory whilst at the event. The 2020 Busan Super Cup 2020 International Yacht Race took place successfully with no individuals being injured, or infected by COVID-19, owing to the organizing committee’s diligent work and preparations.

Both the Busan Super Cup 2020 International Yacht Race and the City of Busan have played a significant role in what has now become a marine leisure tourism city, fostering and developing the locale as a hub for the global yacht industry, contributing greatly in revitalizing the local economy.