With just a month to go before Table Bay once again bids her formidable farewells (in the thick of the season of south east gales) to a healthy fleet of twenty-five ocean going yachts on the next Cape to Rio Ocean Race, the various sailing teams and their yachts are arriving from around the world.

The largest yacht ever entered in the long colourful history of the race arrived in Cape Town yesterday morning, after an epic delivery from Genoa in Italy, via Tenerife, Cape Verde and Ascension Island.

The beautiful Almagores II, is a 102-foot luxury super yacht built in Cape Town in 2012 by the multiple award-winning Southern Wind Shipyard, based in Athlone. She has been based in the Mediterranean ever since, and this is her first visit back to her birthplace.

Another exciting entry is the lightning-fast Italian 70 foot maxi trimaran Maserati, skippered by the seasoned and very accomplished Giovanni Soldini. Maserati is a serious challenger for the line honours record, and is aiming to complete the 3600 mile course in just 6 – 7 days. She arrived in Cape Town on 12 November, sailing from Hawaii, via Hong Kong and Singapore. 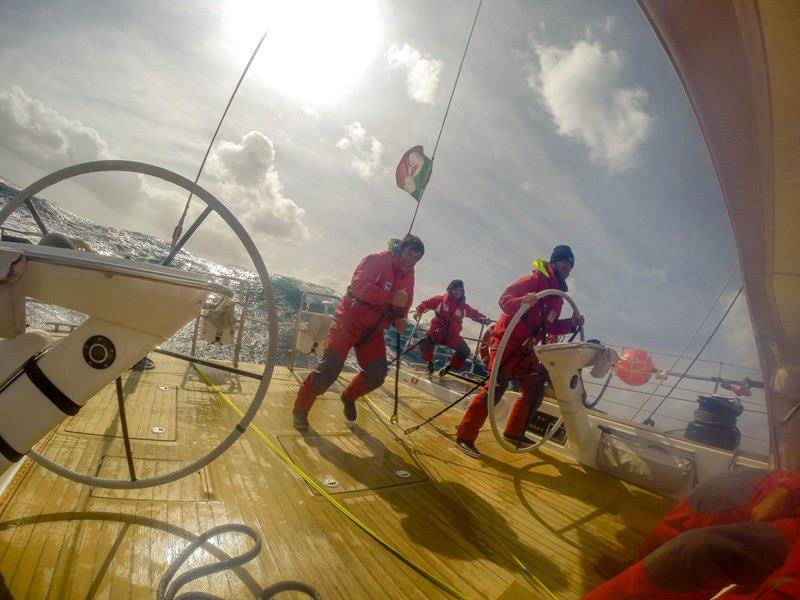 Love Water, a local team sailing on an 80foot maxi trimaran chartered from Lorient, France, will provide Maserati with stiff competition and also have their targets firmly set on breaking the race record. They have just passed the mid-Atlantic island of Fernando de Noronha en-route with their delivery from Portimão in Portugal, to Cape Town. They should arrive in Cape Town within the next 10 days.

Otherentrants are currently delivering their boats from the Philippines, Germany, Brazil and Argentina. Locally, boats are coming from the Vaal Dam in Gauteng, and from various ports up the Southern African coast, including Durban, St Francis, False Bay and Luanda, Angola.

Siyanda Vato and a diverse young team of top South African sailors will be contenders for handicap honours in the monohull fleet, aboard their 39 foot rocketship, Zulu Girl, which sailed from Durban. For many very positive reasons, this entry is a solid step forward for local sailing. For one, Siya has a massive following of aspirant young sailors, and none more so than Royal Cape Sailing Academy’s very own prodigy, Yonela Mkaza, who will sail aboard. Their motto is “strength through diversity. 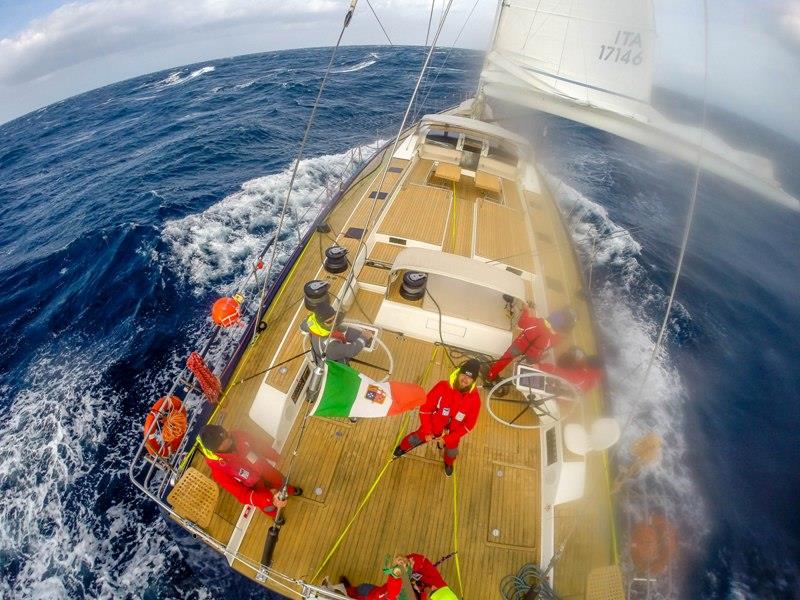 The youngest skipper to enter the race, Michaela Robinson, 19, will share the responsibility with her 22 year old brother, Ryan, aboard JM BUSHA 54 – Sailing for Peace in Africa. These siblings have already completed the 2011 and 2014 editions of the race, and also sailed together to claim consecutive dinghy world championship titles.

Another young team – extremely young in fact – is the JML Rotary Scout entry. The scouts have entered many editions of this race. This time around, they will have an average crew age of less than 20! Completing the powerful representation of youth teams in this event is the German team aboard Haspa Hamburg, skippered by Torben Mühlbach. They are representing the proud sailing club, the Hamburgische Verein Seefahrt, which has entered numerous editions of the race, dating all the way back to the 1970’s.

Many countries are represented in this edition of the race, including Argentina, Brazil, Australia, USA, Italy, Angola, Germany, and of course South Africa. Normal entries closed on 2 December 2019. There are two race starts: the first, for boats that are either smaller or slower, on 4 January 2020; and the second start, for the bigger faster boats, on 11 January 2020. 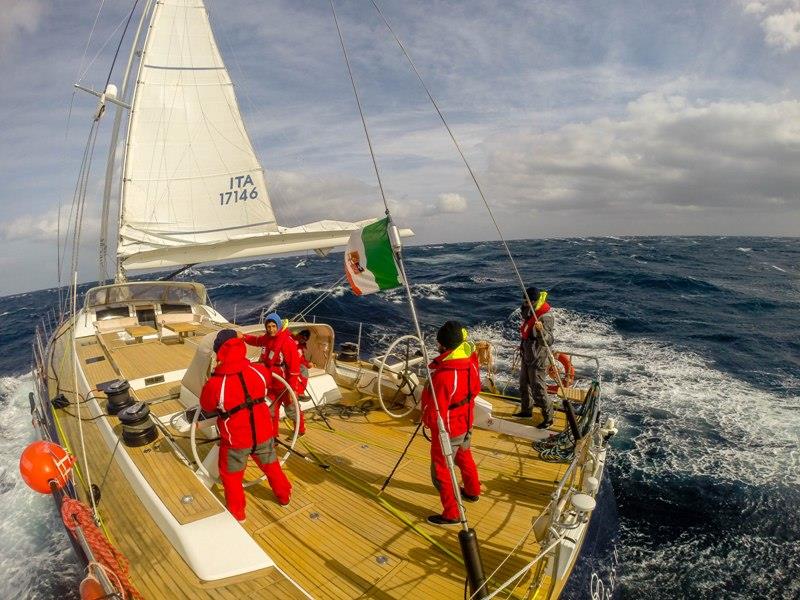 The race ends with a prize-giving in Rio on 2 February 2020. There is also a celebratory Freedom Sail around Robben Island on 16 December 2019, where all recreational vessels in Table Bay are invited to join the freedom armada sailing (or motoring) around the famous island. The Freedom Sail will start and end in Granger Bay where spectators can view the race from ashore.

The race organisers are following a strict commitment to limiting the environmental impact of the race, which is considered a “jewel event” on the City of Cape Town’s event calendar. The organisers have prioritised training, safety and the sound preparation of crews and boats through the application of world class safety standards, developed by World Sailing and the Offshore Racing Congress. 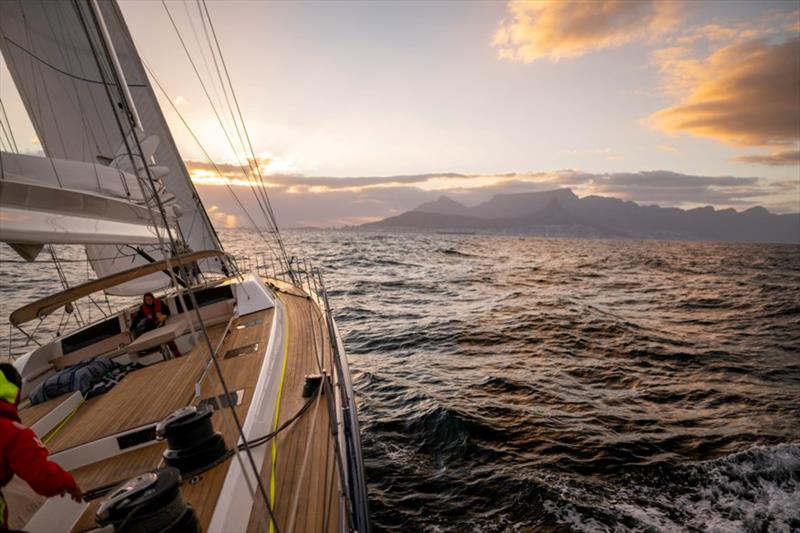 Since 1971, the Cape to Rio Ocean Race has connected the iconic cities of Cape Town and Rio de Janeiro across the vast South Atlantic, and it continues to be an adventure of a lifetime…

A strong feature of Cape2Rio2020 is a firm commitment to environmental and social welfare. Each entered boat is encouraged to showcase, support and promote a cause close to their hearts and minds through the race’s “SAIL4GOOD” portal. A wide range of causes and charities will benefit directly from the race entrants and their supporters. We encourage all to get involved in supporting the race, supporting the causes, and to understand the beauty of sailing as a life-long sport.