With just one month until the 2020 Evolution Sails Round North Island Yacht Race, anticipation is starting to build for the 38 boats entered in the fleet with the official release of the provisional divisions for the race.

Division 1 will include Wired, a Bakewell-White 15.85, Kia Kaha, a TP52, Miss Scarlet, a Reichel Pugh IRC52, Blink, a Shaw 12, Mr Kite, a Cape 40, Anarchy, a BW40 and Relapse, a Young 50. We can expect some fierce racing in this all-star division that’s heavily represented by family combinations including father and daughter Chris Hornell and Rebecca Gmuer-Hornell on Kia Kaha, father and son combinations AJ and Will Reid on Anarchy and Mark and Ash Edwards on Relapse.

In Division 2 we have Clockwork, a Bakewell-White 37, and Titanium and Serena, both Thompson 38’s, Deep Throttle, a Shaw 9, Krakatoa II, a Pogo 40, Higher Ground, a Ross 10.66, Activator, a Hauraki 45, Laissez-Faire II, a Beneteau First 47.7, and Satellite Spy & Urban Cowboy, both Ross 40’s. For this division, conditions will play a massive role in finishing order both on line and handicap with Krakatoa II skippered by Matt Flynn and Scott Wilson favoured if conditions deliver sustained reaching and running legs, Clockwork, Titanium and Serena will be fighting hard for overall line hours and Laissez-Faire II and Activator likely to perform well on handicap if the wind delivers mostly upwind conditions.

In Division 3 we have Motorboat II, an Elliott 10.5, Atamai, a Beneteau First 44.7, Odyssey V, a Young 12, The Guarantee, a Ross 1066, Katana, a Sunfast 3600, Truxton, a Tiller 35, Waka, a Thompson 850 and a massive Elliott 1050 representation rounding out this division with Gale Force, High Voltage, Sniper and Kick. Motorboat II will be pushing hard for line honours in this fleet but the most intense battle for line and bragging rights will be amongst the Elliott 1050s. Also likely to be pushing hard and not to be underestimated are The Guarantee or Truxton who both have solid RNI history on their sides. 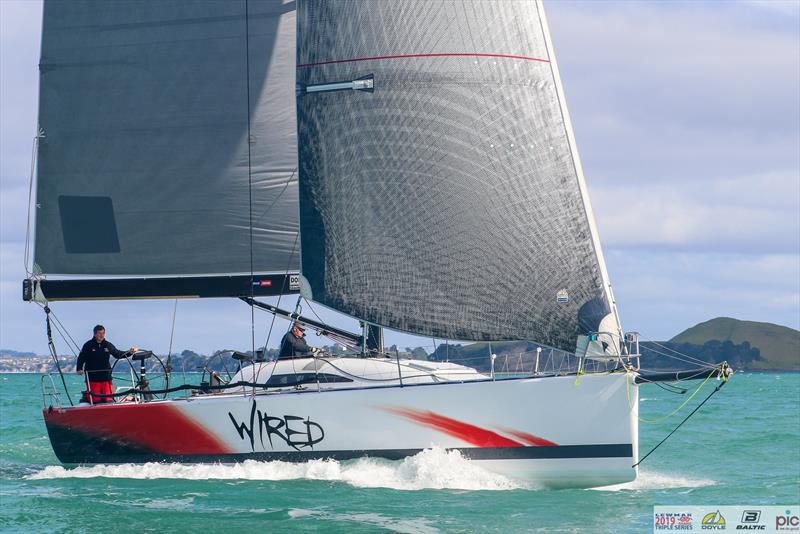 Wired – Preview – SSANZ Round North Island Yacht Race – January 2020 © Deborah Williams, in Division 4 we have solid representation of Bruce Farr Designs including Coppelia and Arbitre, both Farr 11.6’s, Duty Free, a Farr 1220, Fifth Dimension, a Beneteau First 36.7 and Distraction, a Farr 1020. Also, in this division, we have Am Meer, a Bavaria 38, Start Me Up, a Ross 930, Pelagian II, a Stewart 34 and the fleets two smallest boats, C U Later, a Ross 8m and Moving Violation, an Elliott 7.9m. With such a diverse division from throughout New Zealand, the conditions will also play a significant role in determining the line and handicap results in this division.

With thirty-three feet separating the largest to smallest yacht in the fleet and very competitive divisions some exceptional racing can be expected across each of the four legs of the race. Supporters will be able to follow the race through the YB Trackers on each boat and via the SSANZ Facebook and Instagram Accounts. With just 30 days to go until the start of the race, excitement is building across our fleet of skippers and final touches are being put into the boats to ensure they are race-ready. The out of town boats have now started to arrive in Auckland from Wellington, Nelson, Waikawa and Christchurch. Anticipation for the start continues to build! 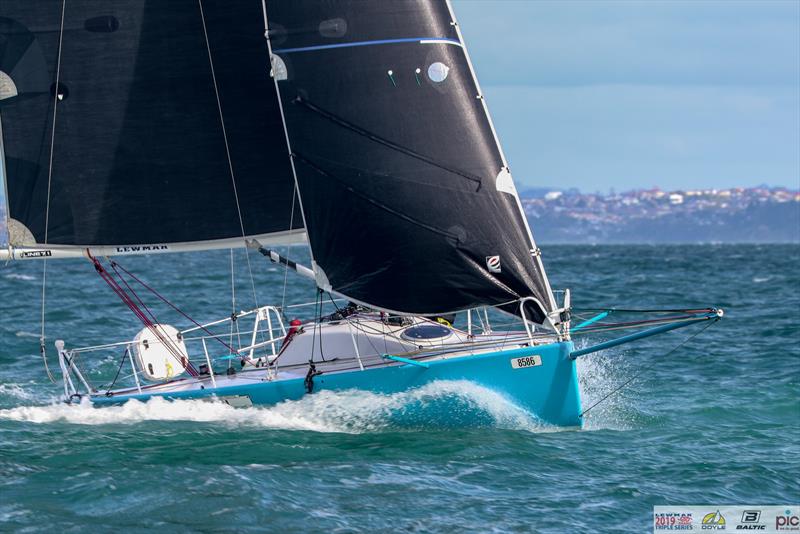 The race starts in Auckland with the first leg to Mangonui in the far north (154NM), Leg 2 is from Mangonui to Wellington (550NM), Leg 3 from Wellington to Napier(200NM), and the final leg from Napier returning to Auckland (367NM). The race is expected to take approximately 2 weeks in total to complete. Thirty-three feet separate the smallest to the largest boat, so the diversity of this fleet will bring with it not only great line honours racing for the larger yachts but an epic handicap battle across the fleet. With 26 of the total 38 yachts between 34 and 40 feet, we can expect some very tight racing in the middle of the fleet and each leg will go down to the wire on handicap.

Making it to the start line of this epic race is a challenge in itself. Each yacht must have a Category 2 Safety Certificate issued by Yachting New Zealand, and have completed a 250 Nautical Mile qualifying passage with both Co-Skippers on board. The Co-Skippers must both also complete Advanced First Aid training, Advanced Sea Survival qualifications, and provide a medical certificate deeming them fit to compete. Each yacht must meet an extensive list of safety requirements and have completed safety drills, all of which are in addition to preparing the boat to ensure it is ready for this epic race and getting as many miles under the keel as possible two-handed before the race. Many of the fleet used the SSANZ Anzac Enduro Race as their qualifying race and have also used the SSANZ Lewmar Triple Series, PIC Coastal Classic, RAYC White Island Race and other races to build up two-handed time on their path to the start. 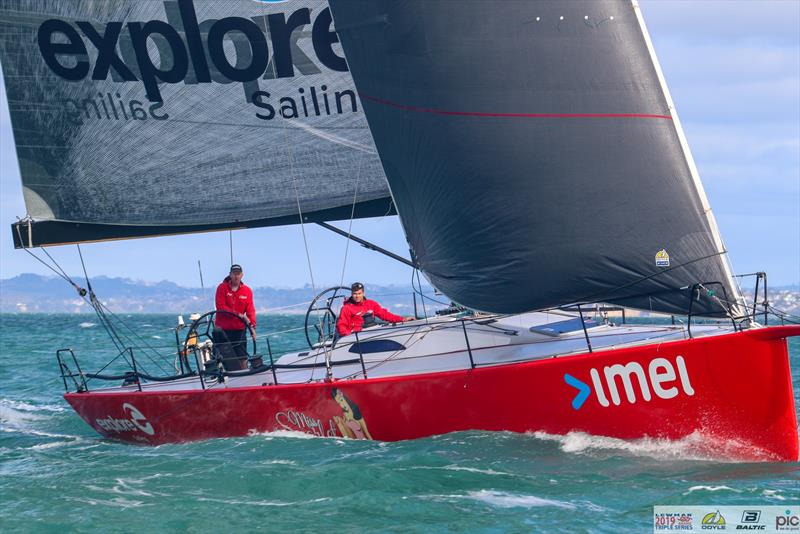 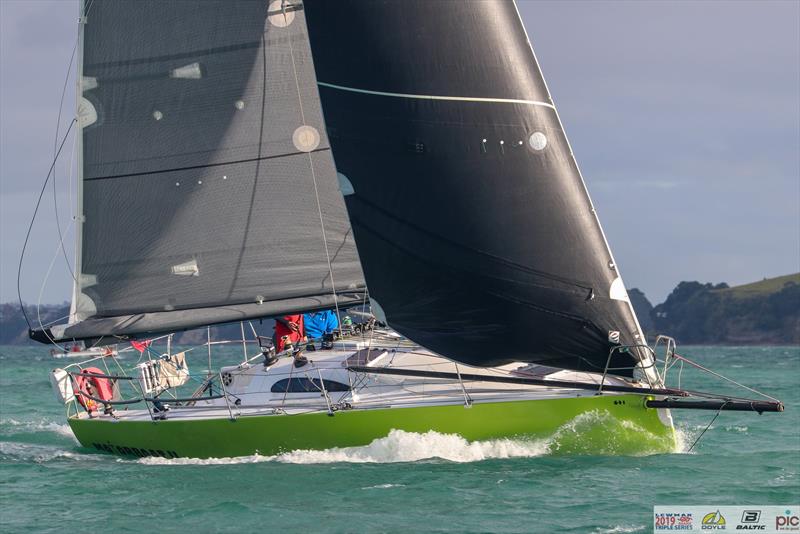