With four bullets from eight races and winning consecutive boat of the day flags, the newest team to the Farr 40 Class Bluetack took out their first one design trophy.

There was absolutely no stopping the Bluetack crew from holding onto their substantial lead from day one and co-owners Brent Lawson and Patrick Delany were elated to win the regatta.

“We had an absolute ball. The Class camaraderie is brilliant. We loved meeting and competing with everyone and the regatta had a great feel to it. The racing was so close and whilst we are thrilled with the win, we do acknowledge that we had an exceptionally experienced and professional team.” Lawson said. 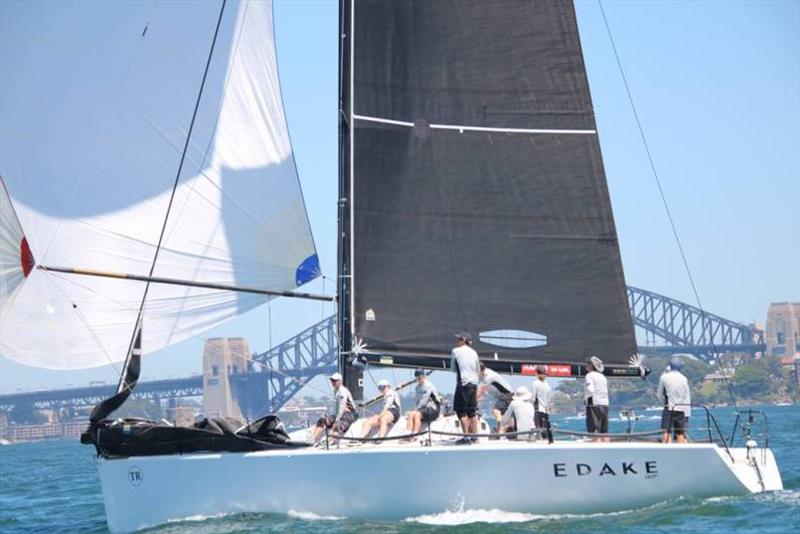 PRO Denis Thompson set a course for the final four races from Clark Island to Nielsen Park in light to moderate breeze from the north east averaging 10-14 knots. It was a busy day on Sydney Harbour and after close starts, all boats tried to make gains using the lift off Bradley’s Head, creating close quarter combat.

Tacticians had their hands full with many port and starboard calls creating plenty of action.

While Nutcracker owner Rob Davis was stuck in Melbourne, his newly appointed substitute helmsman Jamie Wilmot, along with a few other Wilmot’s, scored consistently over the two days placing them second overall. 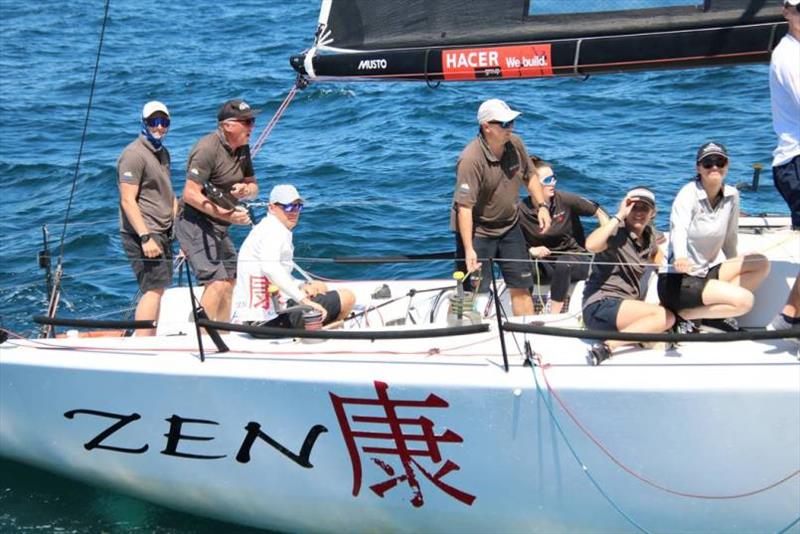 Gordon Ketelbey’s Zen took some time to find their groove and after a fairly ordinary first day came out of the blocks and smashed out a stunning win in race 6. Ketelbey laughed in his casual gracious way, “Well, yeah we left our run a bit late but it was great to get a win and some better scores today. There were some good teams out there and we are really happy for the Bluetack guys. It was a brilliant weekend with awesome tight racing and the whole fleet performed superbly.”

Almost always on the podium was Jeff Carter and team Edake in third place. The competitive fleet gave Edake a run for their money this weekend and Carter was impressed with the level of competition. 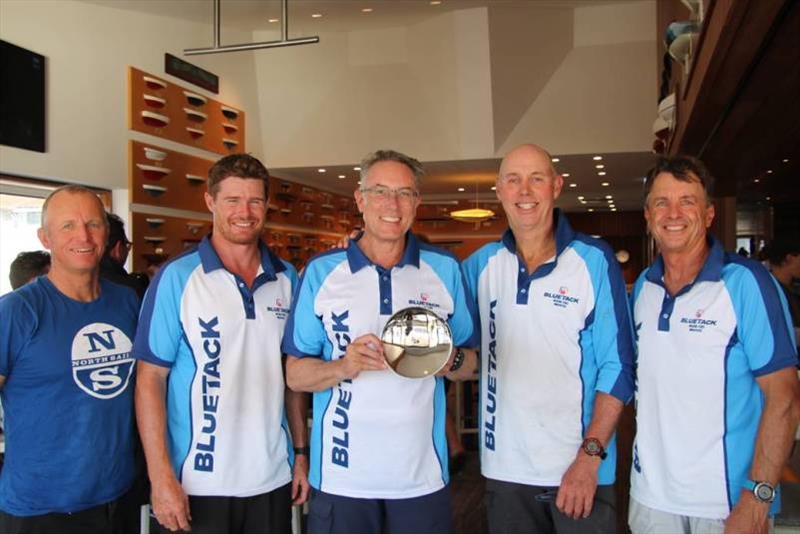 “The racing was next level this weekend. The Class has predominantly been Corinthian for the past few years and we really noticed the difference having two pro teams. We just couldn’t catch Bluetack and Nutcracker so kudos to them.” Carter said.

Edake ended the weekend on a high winning the final race of the regatta.