The Governor’s Cup Committee encourages experienced match race sailors worldwide who will not have reached their 23rd birthday by July 25, 2020 to seek an invitation. All the information is posted on the event website.

The “GovCup” is the oldest, and widely considered the most prestigious of the world’s youth match race championships, with alumni including two-time America’s Cup winner James Spithill and many other America’s Cup, World Match Racing Tour, and Olympic sailors. In 2018, it became the first age-limited match racing regatta to achieve “Grade 1” status from the sport’s governing body, World Sailing. Grading is primarily awarded on “skipper points” based on the WS Open Match Racing Rankings. In 2019, the GovCup again had substantially more points than necessary for Grade 1, although formal re-grading is pending. In fact, 2019 Governor’s Cup winner, Nick Egnot-Johnson (NZL), is ranked #2 in the WS Open Match Racing rankings as of this writing, with 2018 winner Harry Price close behind at #5.

“The experience gained in youth match racing regattas like the Governor’s Cup, and others in Australia and New Zealand, has propelled these younger sailors to the top of the non-age limited Open rankings. So, when you watch the GovCup, you are seeing some of the best match racing sailors in the world, period!” – Governor’s Cup Chair Christine Robertson Gribben.

Twelve U.S. and international teams will be invited to compete in 2020. The winners of the US Youth Match Racing Championship for the Rose Cup and the US Intercollegiate Match Racing 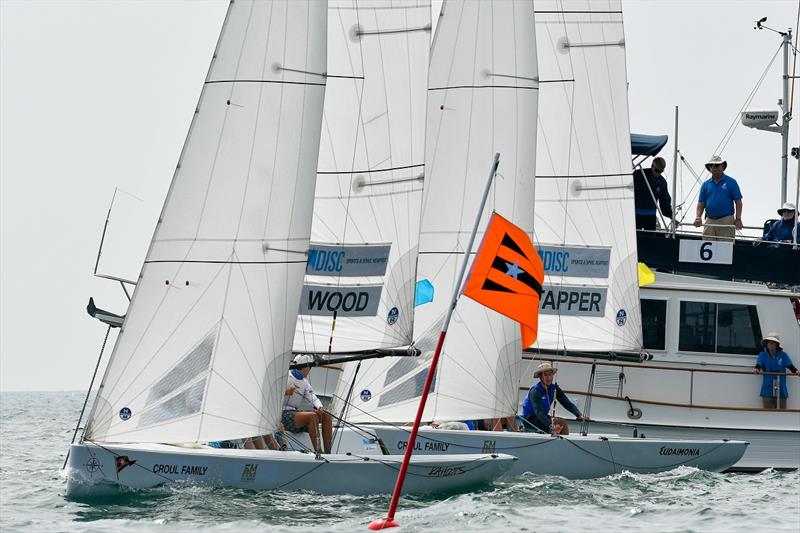 Championship will receive invitations if they file an RFI for the Governor’s Cup by the deadline. Balboa Yacht Club, as host, will also choose a skipper. The Selection Committee will invite the balance of the skippers based on resumes submitted as part of the RFI. A list of invitees will be posted by April 24, 2020. However, the Committee may choose to give early invitations to skippers that they recognize as among the top match racers as indicated by racing record, World Sailing ranking, and prior GovCup results.

The regatta will be held in identical “Governor’s Cup 22” sloops designed and built in 2016 for the event, and in particular, the conditions prevalent in Pacific Ocean waters off Newport Beach. The GovCup 22s have proven to be among the best boats in the world used for similar events. “GovCup Week” will include a double “round-robin” where each team will sail against each other twice. The top four from that stage will move on to semi-finals and finals, with the other teams continuing to fight it out for the remaining places.

The entry fee covers most meals for the teams throughout the week and housing is provided by Balboa Yacht Club members. “It is one of the more cost-effective regattas on the international circuit,” said Gribben.

The Governor’s Cup features the most extensive media coverage of any similar event. Live broadcasts include the opening dinner and “roast” of the skippers and teams, daily pre-race shows, Friday and Saturday press conferences, as well as live, high-def streaming of the racing Friday and Saturday with expert on-the-water commentary and a total of five cameras, including two drones.