The IMOCA Class meeting marking the end of the summer holidays was held on Thursday 27th August using virtual technology. This meeting enabled the members of the Class to carry out an early appraisal of what has happened in 2020, to vote on the next cycle (2021-2025) of the IMOCA Globe Series and to plan the route for what lies ahead.

A very thorough, international race programme with two round the world races – the Vendée Globe and The Ocean Race – was approved, as were the overall ideas for the new class rules. Today, we look at some of the key elements.

2020 Vendée Globe, 65 days to go: the clock is ticking for the IMOCA skippers

Registration for the Vendée Globe has just been completed, thus concluding four seasons of preparation and qualification for the round-the-world race through the IMOCA Globe Series Championship. The skippers are now in the final stages of sailing and training before the start on November 8. Many of them will be present in Lorient from 9th to 13th September for the 10th Défi Azimut with four days of racing, switching between speed runs, an offshore race and the race around the Island of Groix. 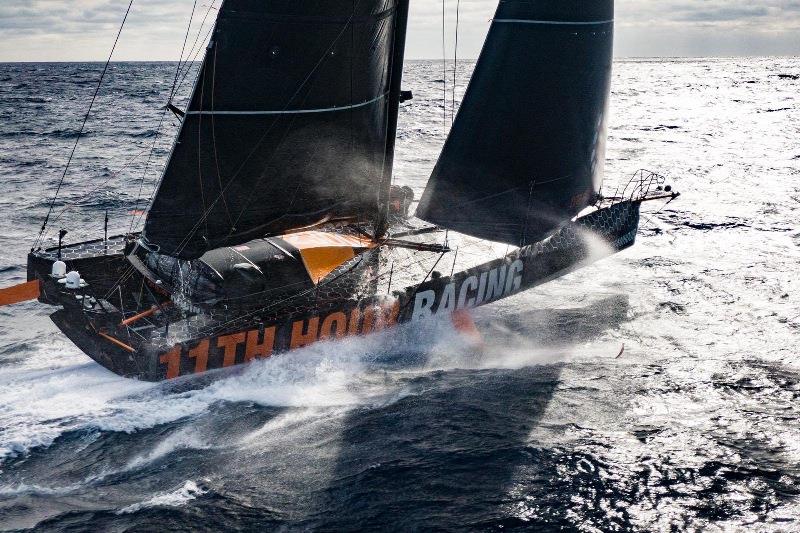 Confirmation that this is a dynamic, committed Class featuring an international and diverse line-up

The first part of the general meeting involved carrying out an appraisal of what has happened so far in 2020. With more than thirty boats lining up for the Vendée Globe (a record), the Class is in good shape with boats that are increasingly innovative and the race features a good line-up of skilled and committed skippers pulling together. In spite of the coronavirus pandemic, the IMOCA Class managed to organise a fantastic race this summer, the Vendée-Arctique-Les Sables d’Olonne Race.

“This year, we have done a lot of work on the rules too. They have been rewritten to make them clearer and more precise to match the requirements of all the teams,” explained Antoine Mermod, president of the IMOCA Class, who added that promotion and sustainable development were key concerns and will remain so in the coming years. The IMOCA Class also wants to encourage diversity. Six women will be at the start of the 2020 Vendée Globe and crews will be mixed for The Ocean Race (the round the world race with stopovers scheduled for 2022-2023). For the IMOCA Class, there is a clear desire to see more women taking part. 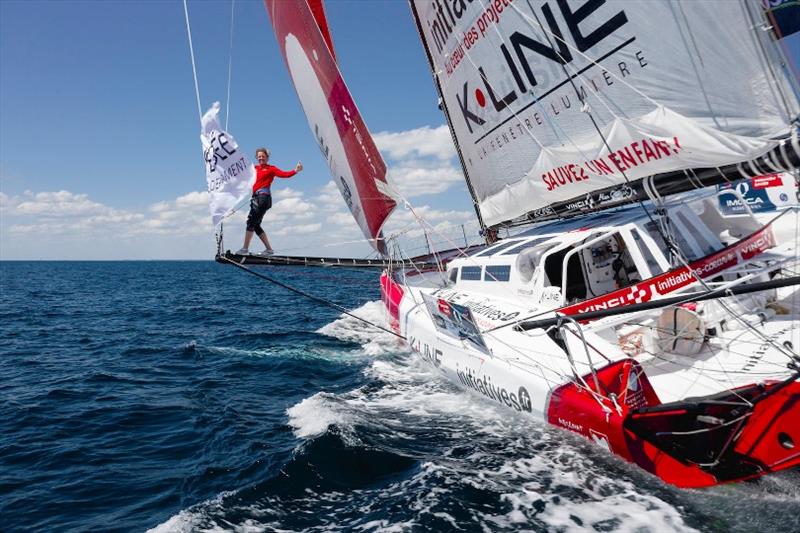 There was a vote in favour of the IMOCA Globe Series race programme for the 2021-2025 period. “We are proud to be able to announce a packed, high quality schedule with wide support from our teams,” explained Antoine Mermod. “It seemed essential for us to come up with a solid programme for the competitors and current and future partners. That confirms the robustness of our model, which brings together the world’s leading ocean races.” No fewer than eighteen solo, double-handed and crewed races feature in the programme with in particular the two big round the world races: The 2022-2023 edition of The Ocean Race and the 2024-2025 Vendée Globe. We will also see once again some prestigious races that the IMOCA skippers already know: the Transat Jacques Vabre (in 2021 and 2023), the Route du Rhum – Destination Guadeloupe (in 2022), The Transat CIC (in 2024), the New York-Vendée-Les Sables d’Olonne (in 2024). The Azimut Challenge officially becomes part of the championship and the Vendée-Arctique-Les Sables d’Olonne race will take place again in 2022.

In June 2021, a new race linking Brittany to the Mediterranean will be organised called The Ocean Race Europe, which will take place with crewed racing and with stopovers, a concept that won over the IMOCA members. Several towns have already signed up and applications are now open for the start location in Brittany and a stopover in the South of France.

In all, 14 countries will be visited by the IMOCA boats between now and 2025. “We have drawn up the best ever programme of events with all the major international races brought together in the same programme. Our boats are innovative, spectacular and sailed by skippered by highly skilled sailors who nevertheless remain close and accessible to the public. They are increasingly committed to seeing our sport evolve and play its part in society,” stressed Antoine Mermod. 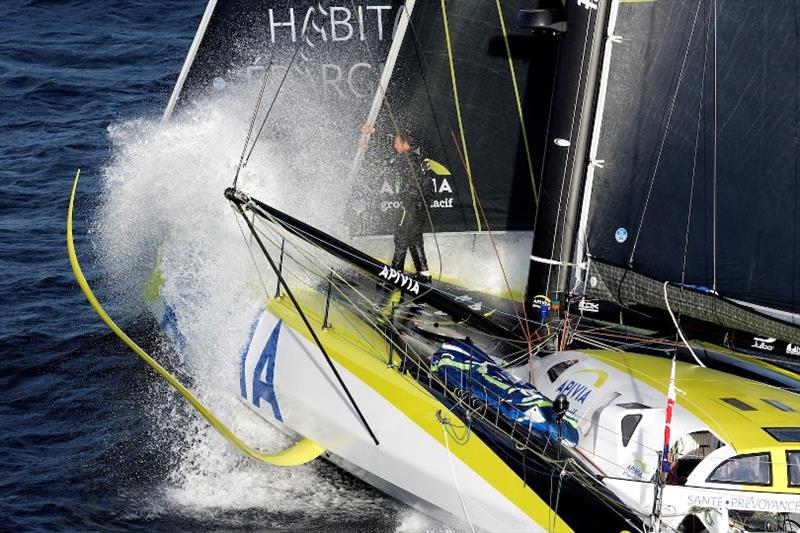 The general meeting also saw some important technical details put to the vote along with a plan to change the class rules for the 2024-2025 Vendée Globe. “The IMOCA is a Class that encourages innovation, as that is part of our DNA and helps us move forward. We don’t want to curb that aspect,” explained Antoine Mermod. “However, we are now in an economic context dominated by uncertainty and we need to be able to work on keeping costs under control. Reconciling innovation with cost control is not easy, especially given that the IMOCA projects are very varied.”

No foils on the rudders, a limit to the size of the foils, more standard elements, and the use of biomaterials…

Among the matters that were the subject of debate at the general meeting, only one was voted down: the installation of foils on the rudders.

Antoine Mermod: “The question was studied a lot with the teams through the class’s technical committee. This change will come in the future to the IMOCAs, but with the voting, we saw it was a bit too early to take this step, which is important in terms of R&D and costs. We are continuing to work on the matter as a mid-term objective.” For the foils, the design will remain completely free, but a limit to the size of the foils has been accepted.

At the moment, the mast, keel and hydraulics are defined as standard elements for the IMOCA boats. Other elements will join them – the boom and the foil and rudder systems. Among other key decisions, the use of biomaterials is being encouraged for the non-structural elements aboard the boat.

The membership of the board that has been elected: 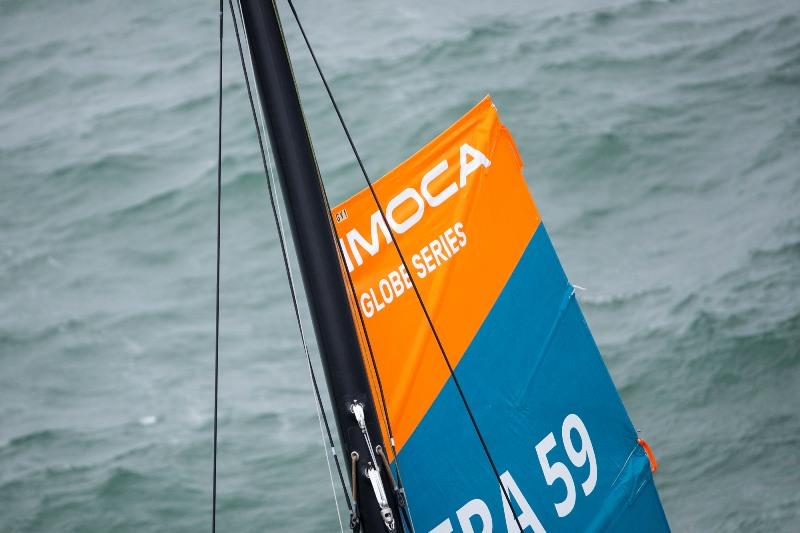