To take on the Jules Verne Trophy, you obviously need an excellent boat, an equally exceptional crew to drive her at her true potential, as well as a certain composure and nerves of steel to endure the wait for the right weather window.

Since Monday, the crew of the Maxi Edmond de Rothschild has been on the alert, ready to climb aboard and cast off on a 40-day sea passage the moment the Gitana Team’s router, Marcel van Triest, gives the green light.

In this way, the lives of the six sailors and all the team have been coloured by the rhythm of the weather analysis and their twice-daily updates. Now, after a five-day wait, the planets seem to be in alignment and everything is coming together for the crew to leave the dock in Lorient tomorrow afternoon. At that point, Franck Cammas, Charles Caudrelier, David Boileau, Morgan Lagravière, Erwan Israël and Yann Riou will make for the north-west tip of Brittany with a view to crossing the line offshore of Ushant some time on Saturday 9 through into Sunday 10 January.

On Tuesday 4 January, the five-arrow team switched to code yellow, a chromatic change synonymous with a possible departure within the next 24 to 48 hours. Since then though, the departure window has been constantly sliding and ultimately it is on Saturday night through into Sunday that the situation looks set to become clearer. “Code yellow is extending but for just reason!” assures Cyril Dardashti, director of the racing stable founded by Ariane and Benjamin de Rothschild: “After a period of standby spanning over two months and an initial fruitless attempt, we’re all looking forward to seeing the crew set sail. However, the record we’re hunting down is so demanding that this departure window is crucial. Together with Marcel van Triest we’ve been watching things play out in the right direction since Monday. We’re lucky in that the window in the North Atlantic is a long one, which has enabled us to play for time and let things in the south evolve so we can better position ourselves in relation to the weather sequence we want to hook up with offshore of Brazil. Today things are taking shape and it’s absolutely thrilling to be ready to tackle the Jules Verne Trophy again according to the timing criteria we’d set ourselves.” 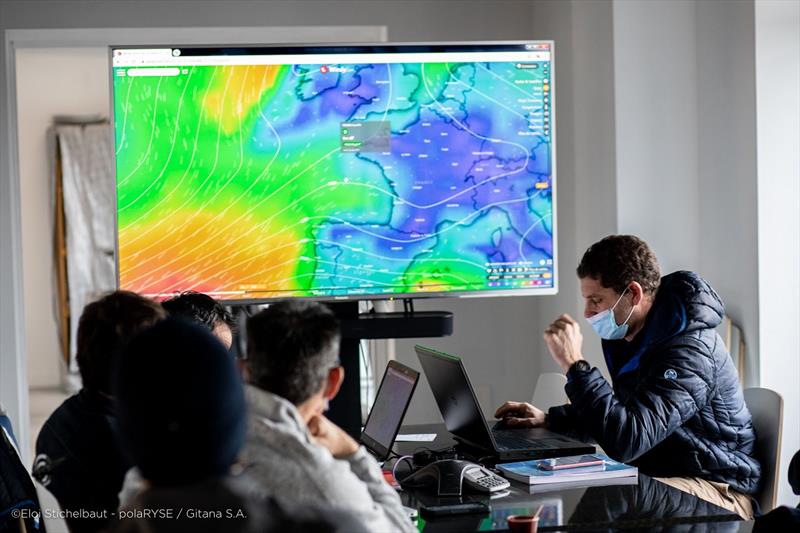 Exiting the Bay of Biscay with a NE’ly

Tomorrow morning, if everything goes according to plan, the Gitana Team will switch to code green. From that moment, everything will link together very quickly for the six sailors, who are preparing to secure the outright round the world record under sail, from loading the bags of personal effects to bidding farewell to their families, to the final weather briefing with Marcel van Triest. It will then be time to cast off, bound for Ushant and Le Créac’h lighthouse. As was the case in late November, during their first attempt, the night-time rendez-vous with this point will be their final contact with the French coast as the 32-metre giant turns her bows southwards: “According to our latest forecasts, we’ll likely set sail with a 15-20-knot NE’ly wind in the area in question on very manageable seas. The wind is set to fill out to 25-30 knots as we approach Cape Finisterre and the descent along the length of the Iberian peninsula will be bracing. However, the advantage of a NE’ly breeze is that we’ll have good seas. There’s a low-pressure system at Cape St Vincent which we’ll be hunting down before gybing towards the Azores High. Below the zone of high pressure, we’ll have to put in another gybe before setting a course for the equator”, explained Charles Caudrelier.

Though this weather configuration finally seems to be playing out as the crew wants after weeks of waiting, the descent towards the southern hemisphere will be far from restful as the timing is tight: “With this weather window we’re aiming for a sub-5-day time to the equator and a sub-12-day time to Cape Agulhas. If we were solely aiming to break the record to the equator, our departure timing is not the best, but it’s a compromise to ensure we have the best possible window in the Atlantic as a whole. For now, the latter seems quite favourable with a route that isn’t too extreme in the south, but we’ll have to adjust our trajectory again during our descent as that’s still a long way off and there’s time for things to evolve before then”, concluded the co-skipper of the Maxi Edmond de Rothschild. 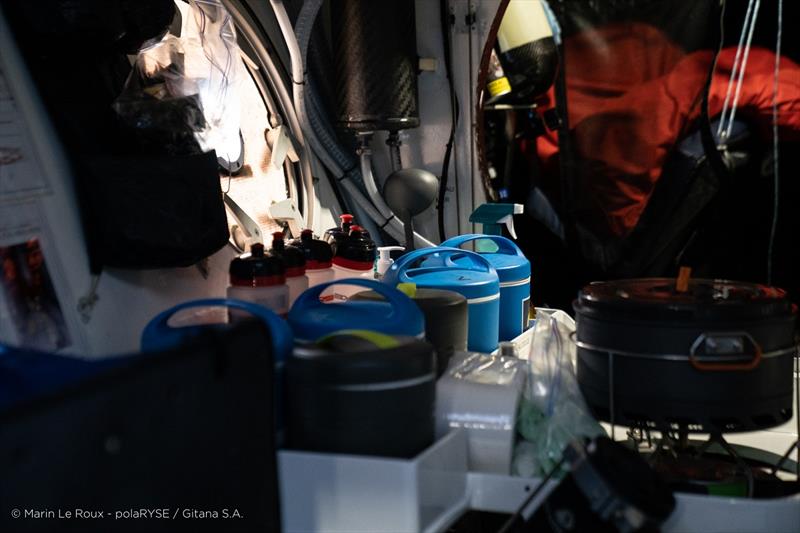