The past two months have seen the so-called developed world turned inside out, by an invisible, silent virus, which has grounded the world’s airlines, closed many borders and has made international sailing virtually impossible.

Some events will proceed, like the America’s Cup, Vendee Globe and any event which can cope with a two week quarantine period for its competitors to enter the country of the event. Or small groups of countries like Australia and New Zealand that may be able to cobble together a borderless bubble.

For the professional sailors who made their living from the grand prix circuits, it is an uncertain time.

In this interview, leading French sailing newsletter ‘Tip & Shaft’ spoke with Andrew McIrvine, the driving force behind the success of the International Maxi Association over recent years.

McIrvine has helped support key, focused events while developing and encouraging a broader range of yachts and owners into the fold. That growth includes developing the Maxi72 fleet and bringing the J Class under an expanded IMA umbrella.

Currently Andrew McIrvine, as Int Maxi Assoc. Secretary-General is locked down at home in London, keeping a very close eye on the COVID-19 developments around the world.

His parallel career is as a consultant vascular surgeon at Guy’s and St.Thomas’ Hospital, London, and at Darent Valley Hospital in Dartford, Kent. He also is a past president of the Section of Surgery, Royal Society of Medicine and served as a council member of the British Medical Association.

With current expertise and understanding of the medical and sailing universes, McIrvine is ideally placed to give a perspective on the effect of a medical event on the significant international keelboat circuits.

Tip & Shaft spoke with McIrvine, discussing how the Maxi Class was progressing and now how it is unfolding.

How are things this week with the International Maxi Class members, owners and sailors, these are pretty grim times?

Well, initially there was some enthusiasm and promise, people calling to say ‘what’s happening, what’s happening?’ That moved on to boat captains and tacticians calling to say ‘please, please try and run some kind of racing’, sometime but now to a gradual silence as each regatta goes over, one after the other, now speaking with some of the yacht clubs saying ‘are you going to make a decision soon because we need to tell people to cancel flights, and hotels and so on’.

But the real problem now is the cross border stuff, which is really difficult. If you tried to run an international regatta, now, you could not get crews there.

I have spent a disproportionate amount of my time looking at all the statistics and country worldwide things. The problem is that because I think the Chinese data is not to be believed there was the hope the other countries would follow their trajectory and hit a peak and fall off rapidly. It isn’t.

Look at the numbers in Italy, Spain and France, and it has peaked, but it is not coming down very fast. I don’t see it coming down very fast. We are either waiting for a vaccine or for some cocktail of drugs to work on people who are in hospital. And for me, the disturbing feature that has come out this week is that even if you have had it, you are probably not immune. 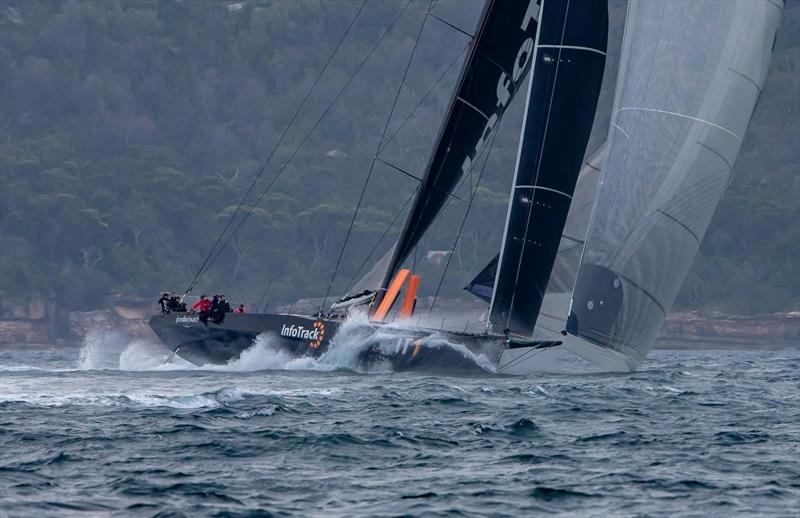 Could it still work out later this season?

I have a feeling that even if it opens up and everything gets better quickly, a lot of our owners will be in turmoil trying to keep their businesses going. What happened last time there was a financial crisis is that a lot of owners mothballed their boats. They did not want to be seen to be having fun when they had laid off half their staff. So the thing took a big dive. I have a nasty feeling we will see the same thing again. They are still talking about running Cowes Week.

There are a lot of people not being very realistic, not looking at what is really happening.

Even if Cowes Week did happen with just the Dayboats, two or three people in the same family or whatever, racing and going home. There is not much fun in that. I think a lot of people would say ‘why bother, there is not much fun there if you can’t have a drink with anyone afterwards?’ These are the things that make a regatta like Cowes fun.

So do you think we can rescue some (Maxi) events?

I think if anything is run, it will be on a national basis. They could run a small regatta in Porto Cervo with only Italian boats, but at the moment transport to Sardinia is banned even from other parts of Italy. There is no real end in sight on that. And the same with St Tropez. In October they would probably be able to use French boats, but there would restrictions. A lot of the Maxi fleet, of course, have crew flown in from America, Australia, New Zealand.

At the moment I am a bit gloomy about it all. I would love to be proved wrong. I would.

At the moment Copa del Rey is on. Yacht Club Costa Smeralda have cancelled their programme to the end of June, but they have said nothing about the Swans and the Maxis.

I see RORC saying they will try and run the IRC Nationals in September as nonsense – raising peoples hopes with no factual basis. The best thing is to say what you are cancelling, and leave it at that.

I really feel for the Pro sailors right now. I don’t know what will happen. Some of them have called me to say, ‘Please, please run something for the Maxi Worlds we need to feed our families.’

I think there are very few owners who keep guys on retainers. A lot of crews don’t even have contracts. 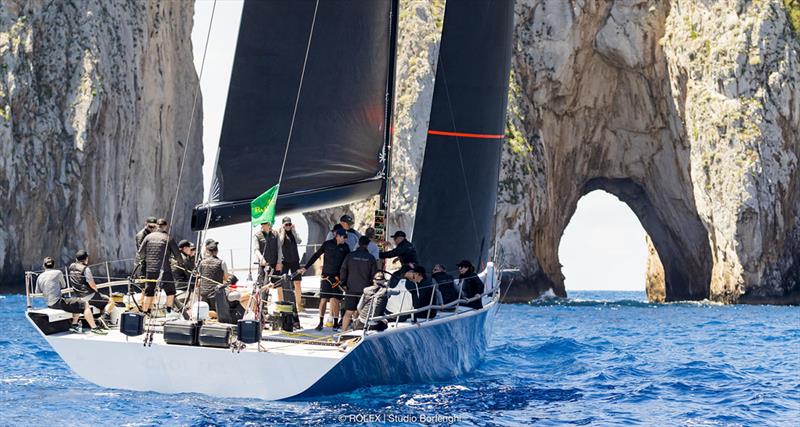 I think we might be writing-off this season and hope to God by April things have settled down, or we have a vaccine.

Of my hospitals, I usually work in one of them, the District General Hospital. They usually have an ITU of eight beds – and now they have expanded to 30 beds.

They still have 20 full right now, and they are all COVID patients.

Croydon has been the same, everywhere around here is the same. That is why I have got quite cross with some of my sailing mates, when they have said ‘it is not killing that many people it is no worse than flu’.

Hospitals don’t gear up like that and fill up like that in anybody’s living memory. It is considerably more severe.

I think people will work out that getting their boats up and running for one or two events, might not be worth it.

Most can’t get into yards in the Mediterranean or move ports and can’t easily ship to other countries. And meanwhile they will be trying to sort out their businesses. Even if we run something, it will be small. 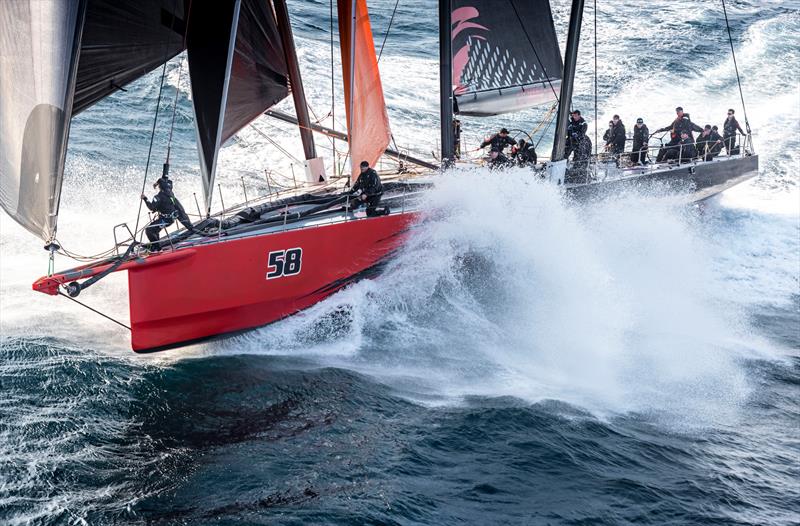 So there is a big challenge ahead for the IMA what do you have to do?

When I took over the IMA, the Association was basically one event, just the Maxi Worlds, and we have gradually grown to be able to give help, advice and sometimes some financial support to a load of other regattas.

And to my surprise, we have also been welcomed by many yacht clubs. We have worked very closely with seven main events.

What the balance is, we try and encourage our members to go to these events and the yacht clubs are happy. We will focus down, and we will just try and get good racing for them at these focused events. That is all we can do really.

We will continue with these main yacht clubs and events. I have just written to the Presidents of these clubs to say: ‘Terribly sorry about this year, but we will continue our support into the future’.

Everything is on hold, and I don’t hold out much hope of anything much happening this year. 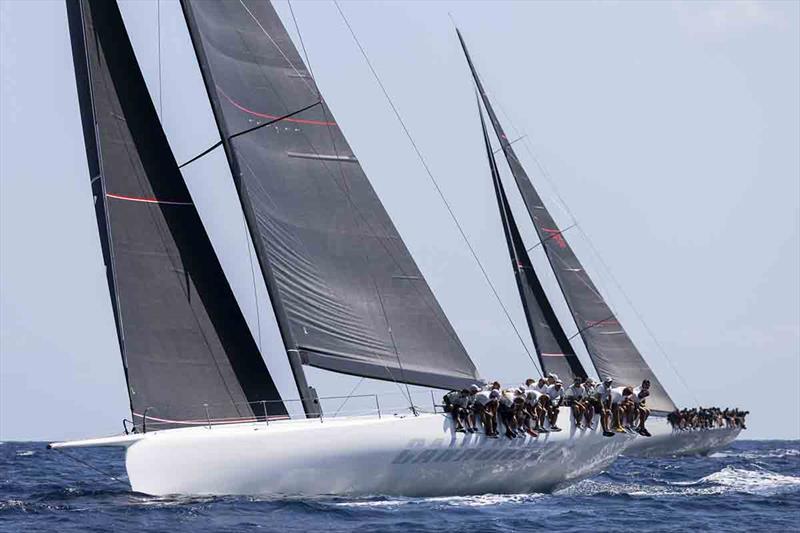 The Association was in good shape was it not?

It was fantastic. We have never been stronger. Ever since I started five or six years ago we had a stable membership.

We had an elderly membership of people who had joined in the heyday when it was more of a social thing, and they had sold their boats or passed.

So the numbers were trickling down, but we would get two or three new members. But then last year we have ten new members. It was booming.

We were turning up to every regatta and adding positive value. The new IMA President Benoit (Benoît de Froidmont) is very, very forward-looking and enthusiastic. We were expanding. We had a new app and tracking for events and so on.

That is not going to go away. I hope we can light that up again so we can just turn the switch back on. That is what we aim to do.

Do you consider that the same growth areas will emerge again. After all, these guys will still want to go racing, come what may?

I think so. Yes. We have had a bit of a change of focus. The Superyachts have gone to do their thing. There is a crossover size where they could come and race with us or do ‘kangaroo procession racing’ with the SYRA. 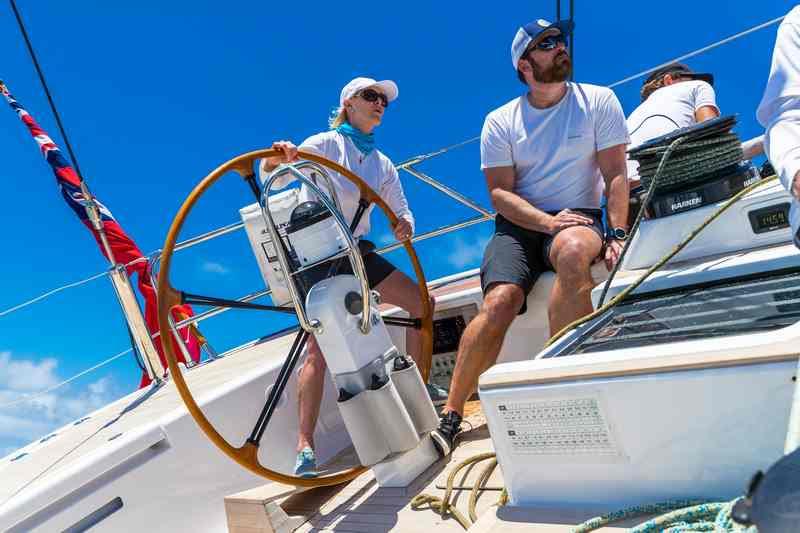 I think the future is we should cooperate. They have done good things with their rule. They have a reasonable amount of support. But I think the big superyachts are less keen on racing. Our numbers have switched.

Of course, if you go back to the start of the IMA, it was when Maxis were 80 foot long and had wire sheets and were the biggest boats in the world.

But the best racing for our guys is the 60 to 80-foot range now. People are talking about building slightly bigger than 80 feet, right now there is only Wendy Schmidt’s new boat.

Having gone to some lengths to split our fleet into different divisions, it is difficult because of the definitions or racer cruisers, and cruisers and so on.

So at three events we had good, significant numbers at last year, Capri, St Tropez and the Maxi Worlds.

We just split them into three performance bands, and that made for better, more exciting racing. I think we would focus on that. 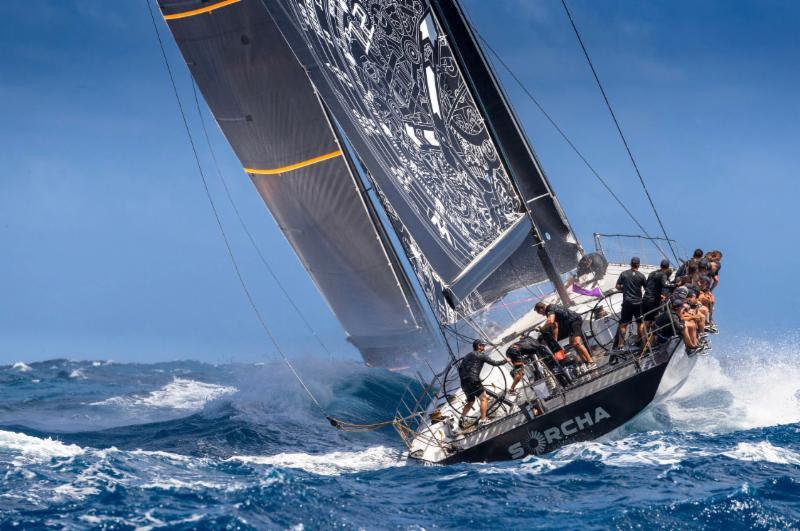