Due to the current situation caused by the Covid-19 and the restrictions derived from it, the organizers of the Puig Vela Clàssica Barcelona regatta and the Real Club Náutico de Barcelona have decided to cancel the 13th edition scheduled for July 8-11 this year and postpone it until 2021.

The safety and health of all those involved in the celebration of this event is the top priority of the organizers, who have taken the decision following the prevention measures recommended by the world’s health authorities.

Once the situation is normalized, the organizers will announce the new dates for this 13th Edition to be held in the best conditions, once again bringing together professionals and lovers of classic sailing in a unique nautical environment.

The Puig Vela Clàssica Barcelona regatta joins the long list of major sporting events, such as the Olympic Games, the European Football Championship or the Newport-Bermuda classic regatta, which in recent weeks have been forced to postpone or cancel their celebration due to the global pandemic caused by the coronavirus.

As every year, more than 500 top-level sailors from all over the world gathered in the city to sail on board boats full of history in the waters of the Real Club Náutico de Barcelona. A whole floating museum for the enjoyment of tourists, curious and lovers of classic sailing.

Barcelona’s racecourse, scene of the great duels between classics

The Real Club Náutico de Barcelona, Barceloneta beach, the Port Olímpic and the Port Vell are some of the exceptional viewpoints that, since the first edition in 2008, have allowed experts and the curious to become witnesses to a traditional 20th century style of sailing: without radar or GPS, with braided cotton lines and with vintage rigging and instruments. 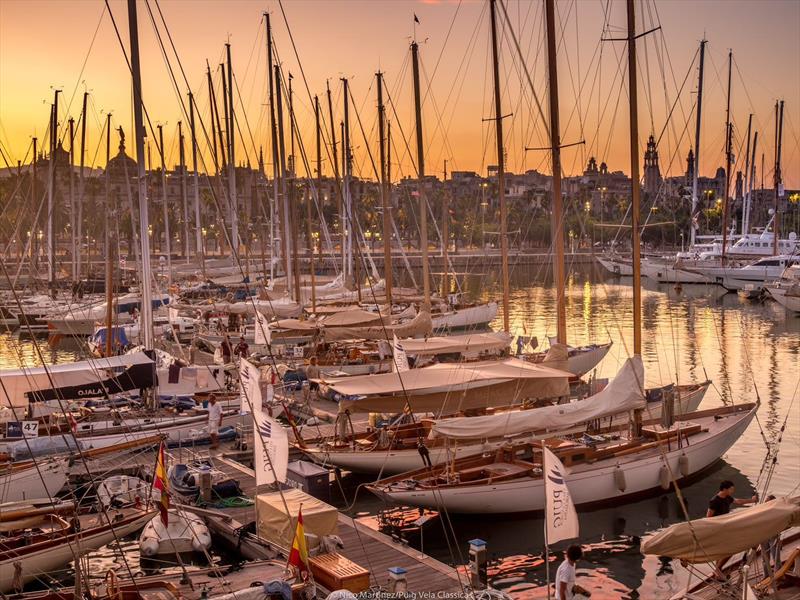 The Puig Vela Clàssica Barcelona regatta is the stage where great jewels of naval history have shown their elegance in a competition that displays the great values of its participants: passion, teamwork, skill and performance. Twelve years have passed since the first edition was held, with thirty yachts. In the last editions around fifty ships had participated like the Creole (1927), which took part in the Second World War; the Moonbeam IV (1914), where Grace Kelly and prince Rainiero of Monaco spent their honeymoon; and the Sumurum (1914), which has welcomed illustrious guests such as the singer of the Rolling Stones, Mick Jagger, and the ex-Secretary of State of the United States, John Kerry.

Over the next few weeks, the sails of the Puig Vela Clàssica Barcelona regatta will be raised on their social networks. The Instagram @puigvelaclassica is available to receive anyone who wants to join its community of more than 5,500 followers.

Find out more at www.puigvelaclassica.com