All seven SailGP teams were on the start line today in Sydney for the first round of practice races for the second season, including the winner of season one, Australia.

While all eyes were on Ben Ainslie and his Ineos sponsored team from Great Britain, it was the young Spanish team who forced all viewers to toss out their form guides.

Florian Trittel who has just qualified for the Tokyo 2020 Olympics in the Nacra as a crew is currently listed as skipper while trimming wing, with New Zealander Phil Robertson, last season’s skipper of the Chinese Team (which finished third overall but didn’t make it to season two) in an advisory/interim helm position while Jordi Xammer focuses on his own Olympic campaign in the 470. 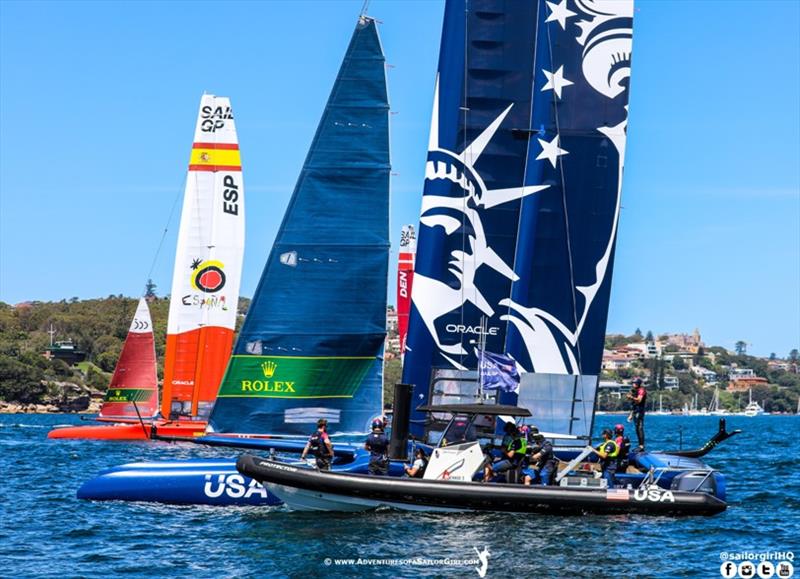 In the fourth and final race, Australia passed Spain on the final work to move into third, and relinquish the young team to their first finish outside of the top three. This also meant that the Japanese team, skippered by Nathan Outteridge, finished with a second, and on equal points with Spain, taking boat of the day in the first set of warm up races on a countback from the rookie team.

There were a few moves of the day, including a starboard rounding and immediate tack onto port while staying on the foils by the Australians, who as proven last season have impeccable boat handling, and a near miss with Great Britain on port, and Japan on starboard heading downwind in race three. Ben Ainslie opted to retire, but came back with all guns blazing with his second win for the day in the final race. 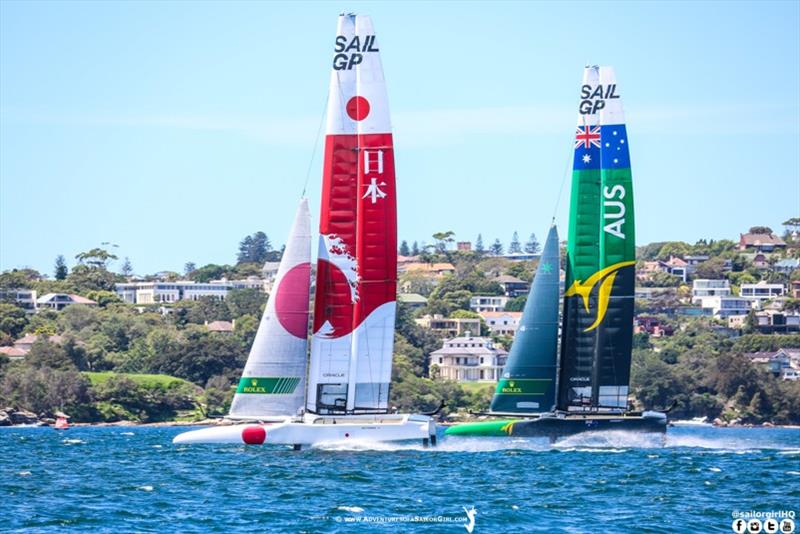 It is definitely going to be an epic race day come Friday for the opening day of Season 2 for the SailGP.