Close and competitive sailing was on the menu for the first day of the Teakle Classic Lincoln Week Regatta, with a mix of results across the four divisions.

The day greeted sailors with a fickle outlook early on as the race committee began proceedings with a lengthy postponement due to a lack of wind.

The scheduled 11am start was not to be with boats waiting around on the water for more than two hours before the forecasted sea breeze made its way in later than planned.

But as was expected, the fleet managed to complete two races around the cans in a building south-southeasterly breeze. 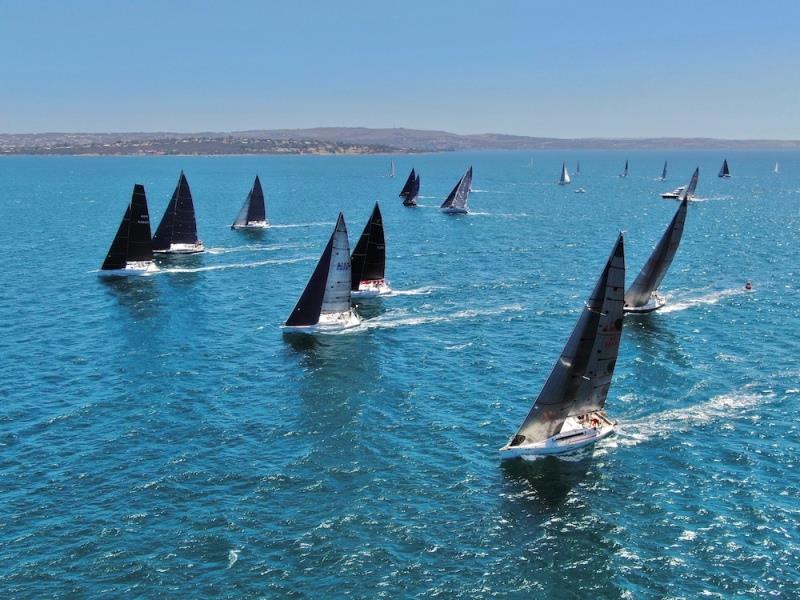 Matt Allen’s Ichi Ban was the pick of the boats in division one on IRC, finishing with a first and a second in the two races, but is closely followed by rival Geoff Boettcher’s Secret Men’s Business by just half a point.

A dead heat on corrected time in the second race between Secret Men’s Business and David Griffith’s Chinese Whisper has created an uneven score card which could throw up some tricks at the business end of the event.

On AMS in division one, Secret Men’s Business performed better taking two race wins ahead of Ichi Ban with two seconds and Quest with two thirds.

And on PHS, it was Secret Men’s Business again taking the lead with a 2-1, ahead of Chinese Whisper with a 1-3 and Ichi Ban with a 3-2. 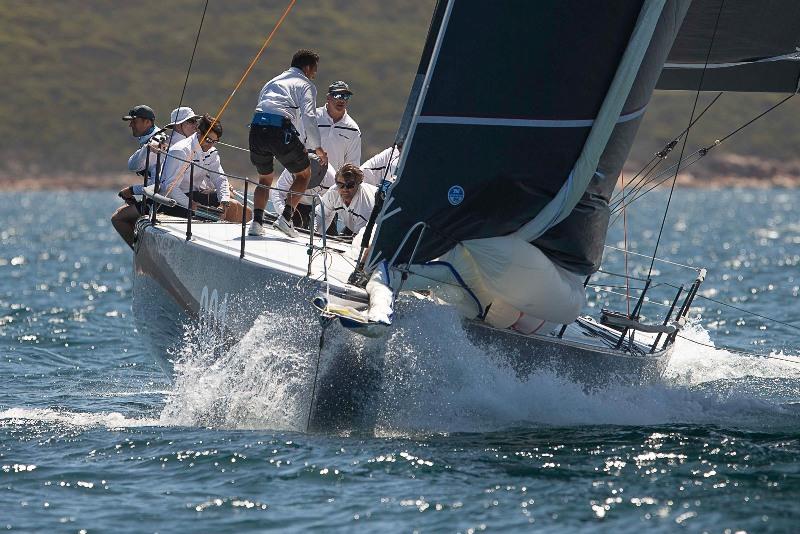 Victoire started incredibly well in both races and put the afterburners on, finishing well ahead of the pack and first and second on IRC in each of the races respectively.

Scarlet Runner leads the way on AMS, ahead of Flying Cloud in second and Mike Holmes’ Magic in third – Victoire is not entered in the AMS division.

On PHS it is Victoire ahead cleanly, with Scarlet Runner and Flying Cloud equal for second. 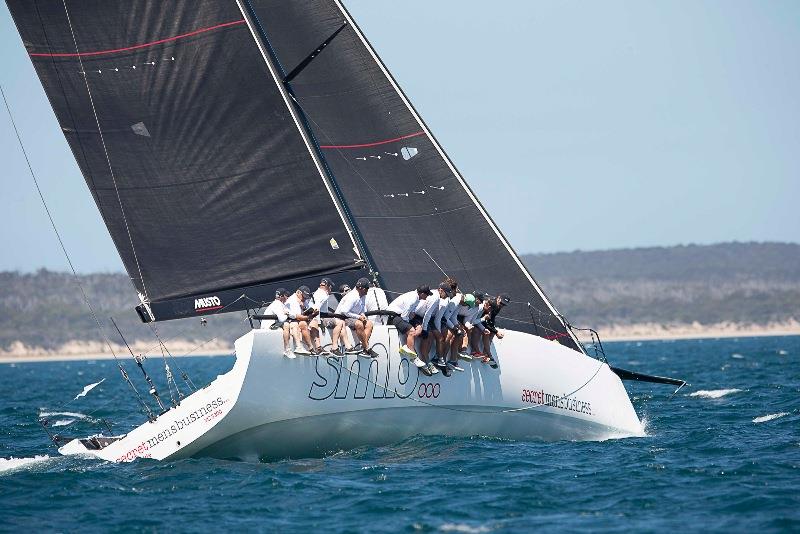 Murray Mackay’s Doesn’t Matter leads the way on AMS in division three with two race wins, followed by Simon Turvey and the Born to Mentor team in second with a 2-2 and Matt Stephens’ Lincoln Mentor team in third with a 4-3.

On PHS it’s a different story with Dale Price and Ron Parker’s Taniwha ahead with two wins, followed by Born to Mentor in second and Adrian Wotton’s School’s Out in third.

The division four fleet are competing only on PHS and after the first day it was the local boat Misty, skippered by Hayden Macfarlane leading the way with a first and a second in the opening two races.

He was followed by Wayne Knill and Paul Henshall in second sailing two-up in the Etchell Medium Rare, who finished with a 3-1, and Phil Kelly in third with a 2-3 on Steeple Jack. 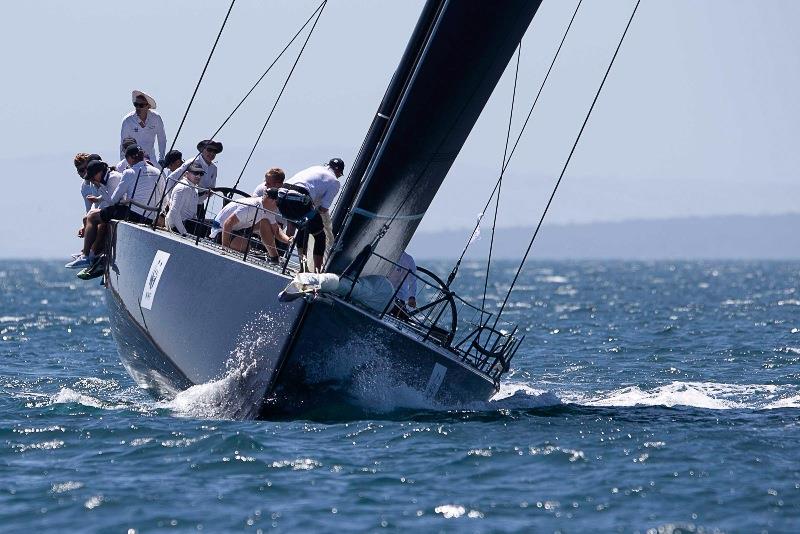 Tomorrow’s racing will see a longer passage race around some of the most beautiful coastline regional South Australia has to offer as the fleets head out of Boston Bay and south towards Taylors Island.

Wednesday is a shorter passage race inside Boston Bay that heads to the iconic Megga’s BBQ lunch in the Lincoln National Park, which will be followed by a further two races around the cans on Thursday to finish off the event.

For more information about the regatta head to lincolnweek.com.au 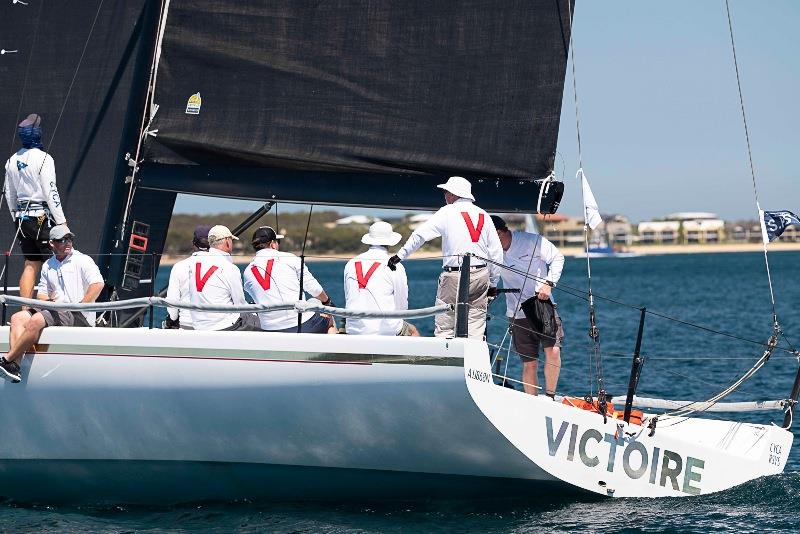