After trailing the leader for most of today’s Race 8 of the Australian 18ft Skiff Championship, the defending champion tech2 team of Jack Macartney, Charlie Wyatt and Lewis Brake staged a remarkable comeback over the final two legs of the southerly course to win a thrilling, action-packed race on Sydney Harbour.

tech2 trailed race leader Smeg (Michael Coxon, Ricky Bridge, Trent Barnabas) by 47s at the Shark Island windward mark, but took full advantage on the final spinnaker run across the harbour to finish near Clark Island with a winning margin of 49s over Smeg.

With just next Sunday’s Race 9 of the championship still to be sailed, there is little between the top two teams, which have dominated a highly entertaining series.

Discarding each team’s worst performance to date, tech2 has a total score of 11 points, followed by Smeg on 13, Noakesailing on 30, Shaw and Partners Financial Services on 37, Finport Finance on 38 and Winning Group on 39 points.

Today’s race, which was sailed in a 18-24-knot southerly wind, produced some spectacular spinnaker action on the long run from Clark Island to Obelisk Bay, a brilliant performance by the Smeg team on the two windward legs back from Obelisk Bay to Rose Bay, and individual battles of teams throughout the fleet. 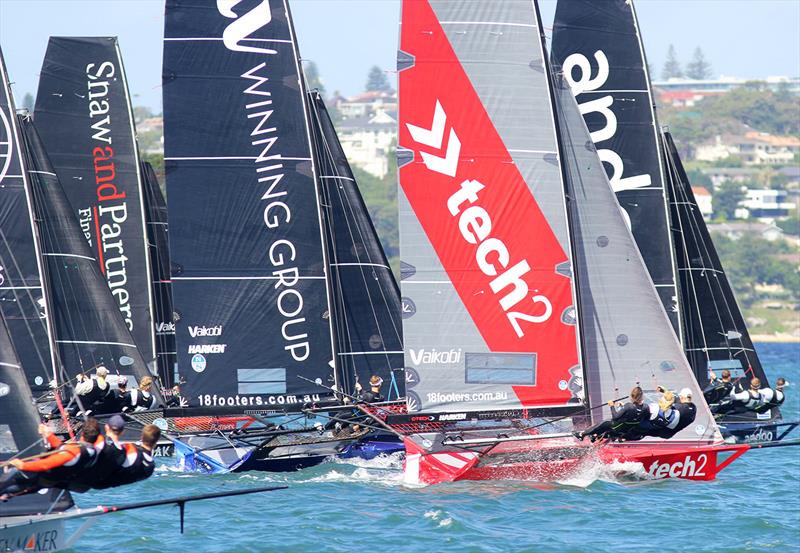 From the start the race produced action as the 16 starters (following pre-race incidents which prevented appliancesonline.com.au and Rag & Famish Hotel from starting) raced to the first windward mark off Clark Island with mere secs. separating the leaders.

Finport Finance and Smeg were locked together, and with spinnakers set, the pair quickly accelerated away from Winning Group and Yandoo as the fleet set off for Obelisk Bay.

Unfortunately Finport Finance capsized on the long run, leaving Smeg with a lead over tech2, which had recovered well after a slow start, Winning Group, Shaw and Partners, Noakesailing and Yandoo.

The Smeg team tacked early while most of the chasers elected to stay on a port tack across the harbour. The move proved a winner for Smeg which blew the fleet away and held a 50s lead over tech2 at the following mark at the southern end of Shark Island in Rose Bay. 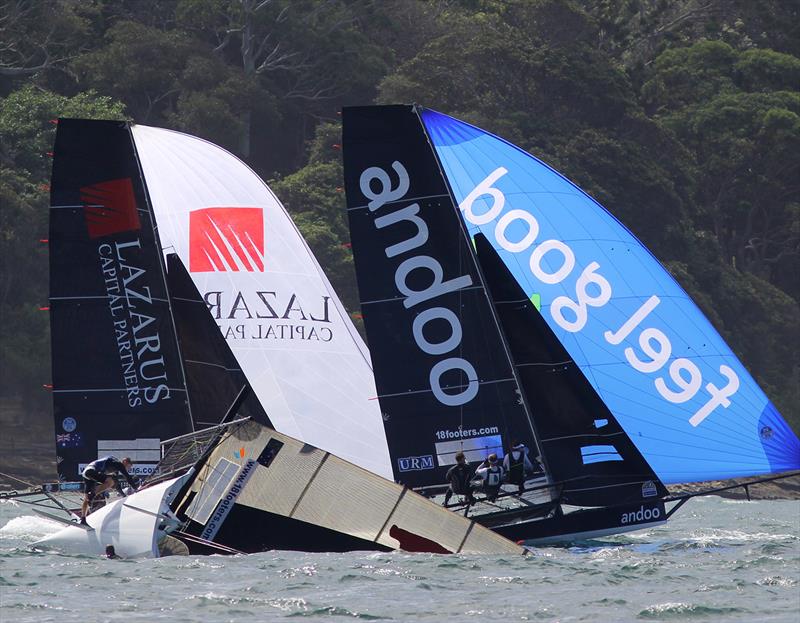 Winning Group was still in third place, but was then 1m20s behind the leader.

tech2’s downwind speed has been electric throughout the entire season and again brought the skiff back into contention. Following the reach across the harbour and the work back to Clark Island, tech2 had reduced Smeg’s lead to just 10s.

It was a real match race back to Obelisk Bay and little separated the two champion teams.

Once again, Smeg totally dominated the work back to the Shark Island mark and appeared to have the race under control when she held a 47s lead over tech2.

The championship has produced some dramatic finishes and some spectacular action. Next Sunday’s final should be one not to miss.

Race 9 of the Australian Championship, will be conducted next Sunday (February 14). Spectators can follow the racing on board the club’s spectator ferry, however due to the COVID-19 policy, numbers are limited. Booking online through the club’s website www.18footers.com is essential. www.18footers.com.au/18-footers-sailing/spectator-ferry 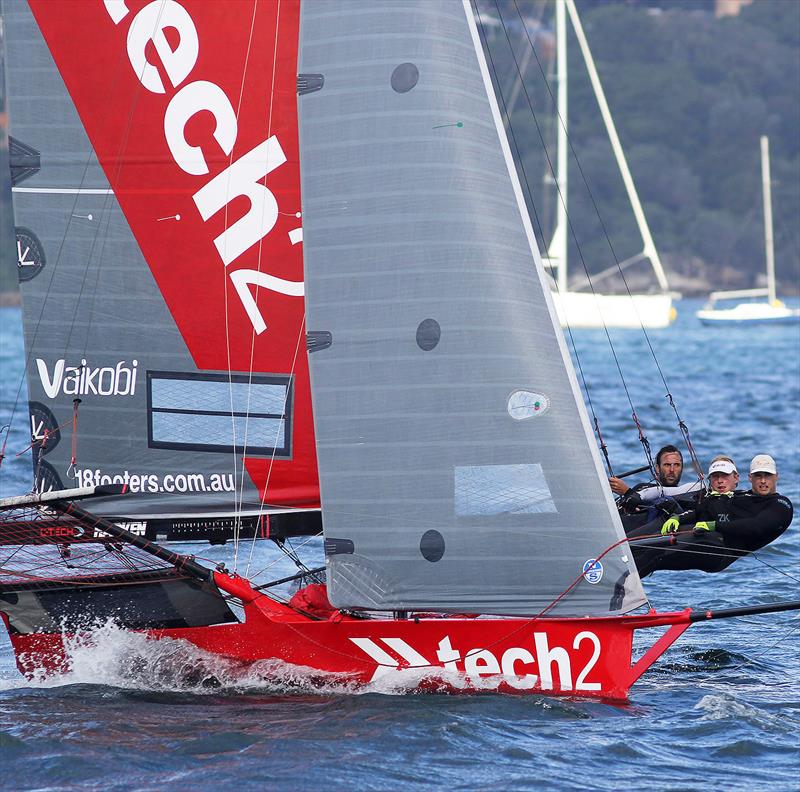