Alone on the Atlantic: How Energy Observer is adapting to the COVID-19 crisis

Like all Europeans today, Energy Observer does everything possible to ensure that the women and men working within and alongside the project are protected and can carry out their missions in complete safety.

For this reason, Victorien Erussard, Chairman, captain and founder of Energy Observer, and Jérôme Delafosse, Expedition leader and film director, have reviewed a different stopovers program for the boat and have adapted themselves to the new constraints imposed by the global coronavirus crisis.

Energy Observer arrived in the Canary Islands on March 25, 2020 after more than 1600 nautical miles since her departure from Saint-Malo.

The vessel left Santa Cruz de Tenerife last Saturday for a transatlantic towards the Caribbean arc, a sailing of more than 2800 nautical miles in full autonomy.

For the safety of the sailors and in compliance with the health restrictions in force, there will be no crew shift before the arrival in the West Indies. 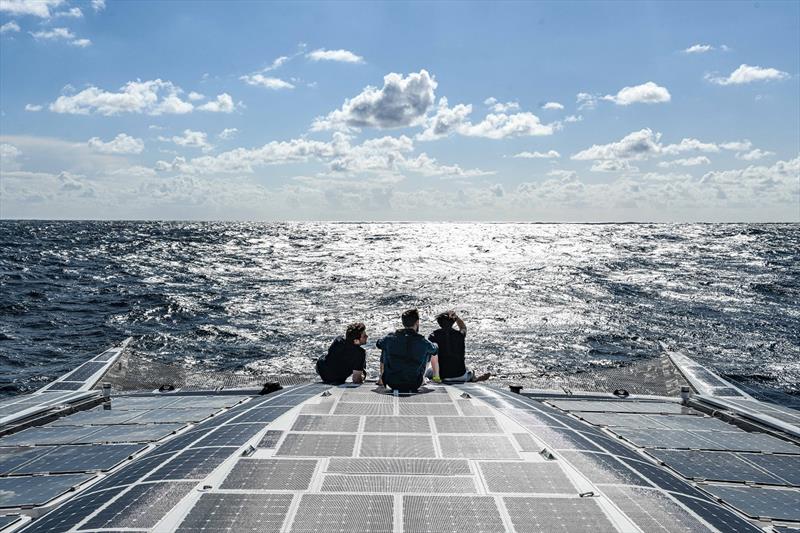 The stopover in Tenerife was only technical, allowing the ship to be bunkered remotely. The crew did not leave the vessel, the supplies being deposited and isolated in advance on the pontoon according to the necessary containment protocols.

Victorien Erussard and Jérôme Delafosse were due to embark in the Canary Islands for this first ocean crossing but were forced to abandon it to preserve the health safety of their crew members.

The sailors took advantage of this stopover to carry out a general check-up of the boat, which has been under significant strain during her passage from Brittany. On this first course during which wind and sea conditions were rough, Energy Observer was able to fully and successfully test the technological improvements made to the vessel in recent months, proving that they greatly improve her performance. The wings and new propellers even allowed the boat to reach 14 knots in heavy seas. Hydrogen reserves were little used, with the sun and wind providing most of the propulsion and energy needs. 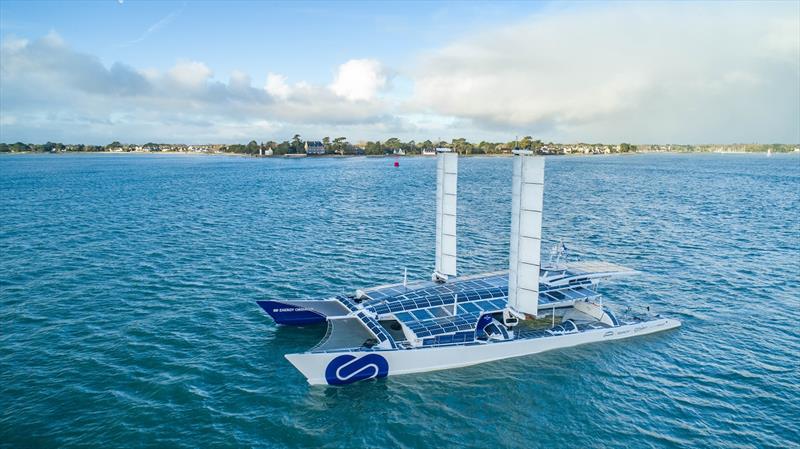 The boat’s schedule had to be impacted like any project and any company by the seriousness of the international health situation, which is hitting people and economies hard.

As far as the Odyssey is concerned, it was the decision of the Japanese Prime Minister and the International Olympic Committee to postpone the Olympic Games from Tokyo to 2021 that led to the modification of our initial schedule. Energy Observer’s journey will therefore change in order to include the vessel and her travelling exhibition village for the opening on July 23, 2021, as initially planned.

This year 2020, the odyssey would refocus on the Caribbean arc emphasizing on the protection of biodiversity, then sail to California if possible, with stopovers that should be planned in San Francisco and Los Angeles, cities that are particularly active in the challenges of innovation and energy transition. 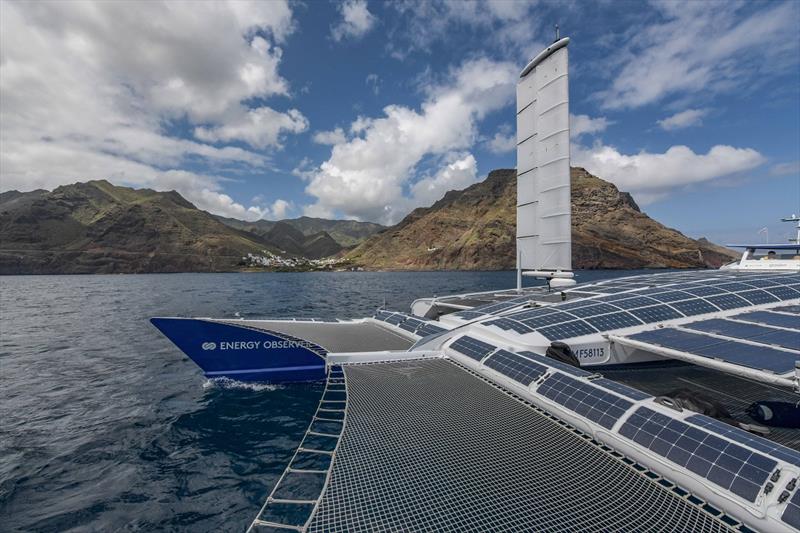 In view of the current health directives, the ship is therefore heading for the West Indies, where she would remain in confinement and be secured. She is due to arrive on April 20, taking advantage of the downwind trade winds. However, as the trade winds are not very active, Energy Observer will have to sail down to the Cape Verde Islands to benefit from them.

In the current context, the ship remains a concrete illustration of a new ecological, energical and technological model but also a laboratory of ideas and innovations that have already attracted the attention of many researchers, engineers, entrepreneurs, managers and scientists of all nationalities. Beyond the technical developments carried out onboard, her intelligent, decentralized and digitalized systems and her autonomy reinforce our vision of a world that needs to be reinvented.

They also confirm us in the idea that this unprecedented health crisis must lead us to take our responsibilities, to review our model and to set the guidelines for the “next world”, for the well-being of humanity and the protection of our planet.

Take care of yourself!