Sanremo, Italy, is all ready to welcome the 5.5 Metre fleet for its 2020 European Championship, which is being sailed from 25-29 August.

Normally only held when the world championship is outside Europe, the event has attracted 20 crews from nine countries.

International Class Vice President, Peter Vlasov, who will also be competing in Sanremo on New Moon II (BAH 24), has been in Sanremo a few days already preparing for the championship.

“It goes without saying that 2020 has been a very different and not at all an easy year so far. Since our return from the Worlds in beautiful Pittwater, Australia, none of us have been able to sail. A true disaster.”

“The Europeans in Sanremo represent the first opportunity for us 5.5 Metre sailors to get together and sail. It is absolutely fantastic here. The Yacht Club Sanremo and its team are welcoming us with open arms.”

“It’s good news and sad news. It is sad that so many of our international competitors from overseas or northern Europe simply could not find a sensible way to be here. They will be missed, that’s for sure.”

“But on a positive note, 25 per cent of fleet here will be brand new boats and I believe there are more to come. In this class there are always new people and new challenges.”

Turning to his own sailing on New Moon II, “All and all, Mark [Holowesko], Christoph [Burger] and I are very excited to be here. New Moon II is ready to rock and roll, and so are we.” 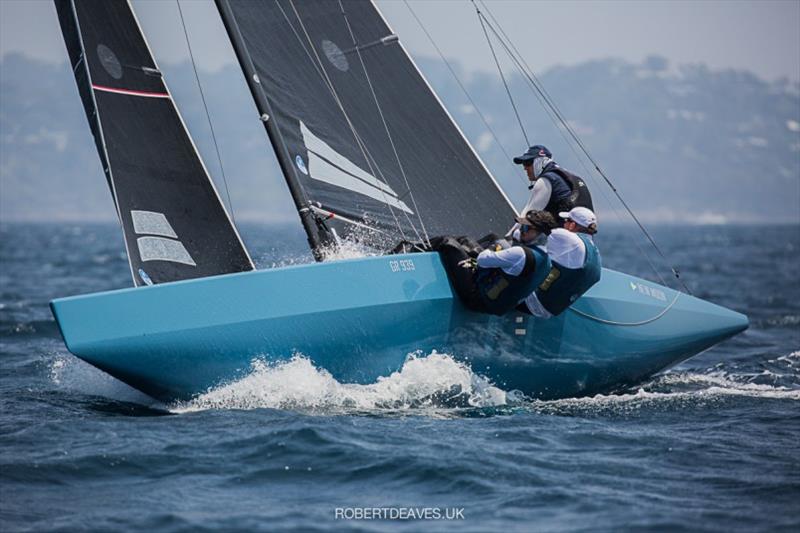 The fleet includes five of the crews who competed in Australia, some of whom are now in new boats. There has been a lot of investment in the class over the past year with five brand new boats taking part, and this will be the first competition for four of them.

Anthony Shanks is back for the first time since 2018, sailing on Black & White, SUI 219, with Daniel Schenker and Mark Dangel.

“I am really, really looking forward to going sailing. Last time I sailed anything was 2018 and I didn’t step foot on a boat last year. I had lots of plans for this year, but then coronavirus came along and that was that. I think it is imperative that we get sailing again and get out and do the thing we love doing. This whole situation makes you appreciate how important sailing is to you.”

“I’ve known Mark since the Worlds in Cowes in 1998. I coached Mark and Roni Peiper and they got third place. When Mark came back to Cowes two years ago they asked me to crew. The 5.5 Metre is one of my favourite boats, and one of the most fun keelboats there is. They are all so different but the racing is often really tight.”

He has a long family connection with the class. “The class means a lot to me and my family. My grandmother sailed one right back at the beginning.”

“They are amazing boats and that’s why I keep coming back. Whatever else you sail, you’ll never sail a machine like the 5.5 Metre. They are so responsive to the individual, which you don’t get on bigger boats.” 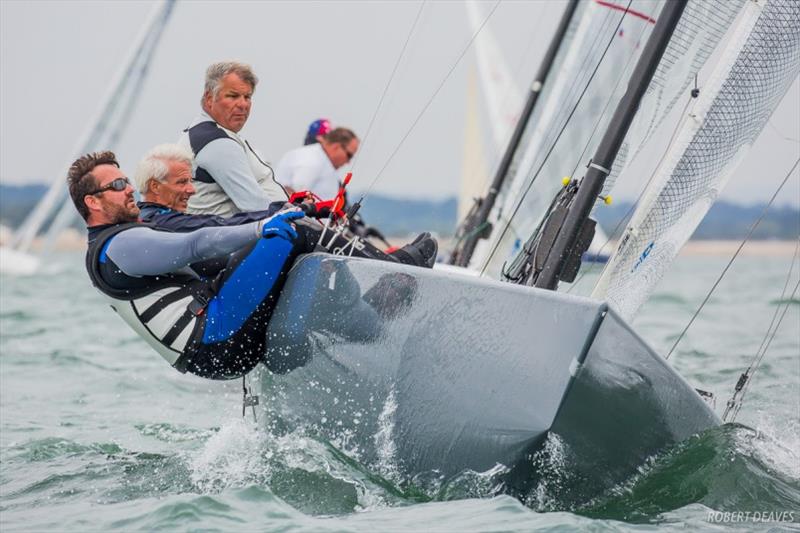 One of the more notable additions to the fleet this year has been the Polish boat Aspire (POL 17). As yet they have been unable to line up against any other 5.5 Metres, but there is ample pedigree in the boat and the crew.

Mateusz Kusznierewicz takes up the story. “I really enjoy sailing small keel boats such as Star, Etchells, Dragon and now the 5.5 Metre. I heard good things about the 5.5 Metre class, and the way everyone enjoys sailing those boats, from Mark Holowesko, Markus Wieser, Flavio Marazzi and Christof Wilke. We teamed up with my friend Przemek Gacek and bought as co-owners, the 2018 World Champion boat New Moon.”

“The 2020 Europeans in Sanremo will be our first regatta together. We are fortunate to have Simon Fry in our team. He is the current Dragon World Champion, a great sailor and good mate. This is our first season in the 5.5. We have set our goals for this and next year and we are proud to introduce a 5.5 Metre coming from Poland.”

Racing in Sanremo begins on Tuesday 25 August with a series of nine races through to Saturday 29 August. Registration and measurement will take place over 23-24 August. 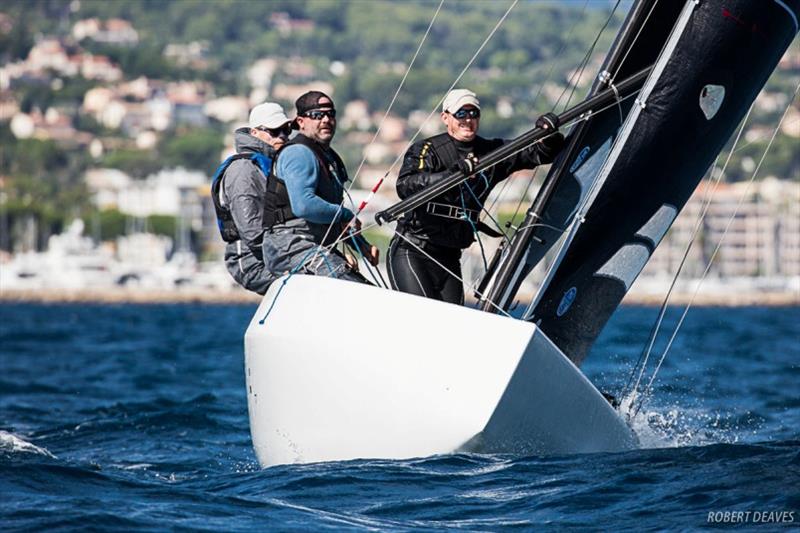