The IMOCA class has never experienced such enthusiasm and as 2019 gets under way, it looks like being a very exciting year.

At least six new generation IMOCAs will be launched in 2019 and more than thirty boats will be out there racing with in particular the Transat Jacques Vabre (start on 27th October from Le Havre) bringing together a record line-up.

Various new projects were recently unveiled and others will follow shortly. It is time for us to take a quick look at the fleet through the expert eyes of Jacques Caraës, the Race Director for the last Route du Rhum and the next Vendée Globe.

Things are really moving in the IMOCA class. The 2018 Route du Rhum saw an unprecedented line-up and it will be the same for the next Transat Jacques Vabre with no fewer than 25 to 30 double-handed crews expected. 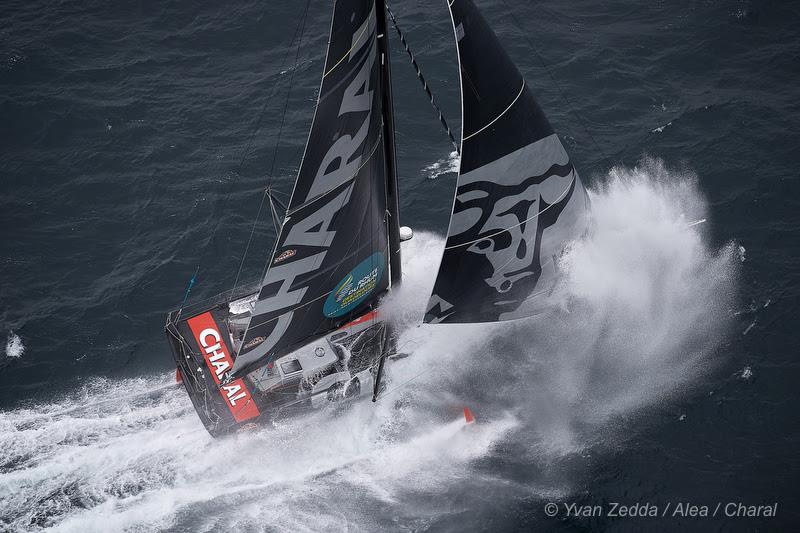 “The current boom in the class is something that is totally unprecedented,” stressed Jacques Caraës. So far, around ten sailors have obtained their qualification for the Vendée Globe, but around 35 projects will be up and running in 2019, while the Notice of Race for the 2020 Vendée Globe limits the number of entrants to just thirty. “This is the first time there has been so much demand for the Vendée Globe,” explained Jacques Caraës. “Qualifying will be down to the number of miles raced, so there is going to be a real competition to get to the start line. The sailors who didn’t complete the Route du Rhum, no longer have a joker to play. As is the case too for those getting their projects going later.”

Out of the twenty sailors, who took part in the Route du Rhum, eighteen are continuing with their project as they make their way towards the Vendée Globe. The only exceptions are Erik Nigon, who is looking for funding and has put his boat up for sale, and Vincent Riou, who has handed over the helm of his PRB to Kevin Escoffier (see below).

Other projects are currently being built, some of which will be sailed by sailors from outside of France. The British sailors, Pip Hare and Richard Tolkien have respectively bought the former Superbigou and Pindar, the Belgian skipper, Denis Van Weynbergh is now the owner of the former Spirit of Hungary, while the Italian, Giancarlo Pedote will be taking the helm of Yann Eliès’s IMOCA, Ucar-StMichel.

Saint-Malo based Maxime Sorel will be entering the circuit too in 2019 with the former Le Souffle du Nord/Team Ireland. As for Jean Le Cam and Sébastien Destremau, they may well return to the IMOCA class this year… We can see that between eight and ten IMOCAs remain available in the second-hand market, including some that are attracting a lot of attention, like the sought after former Safran and Hugo Boss…

For the moment, only one new generation IMOCA has been launched, Jérémie Beyou’s Charal. But later this year, at least six other new boats will be launched for Alex Thomson, Charlie Dalin, Sébastien Simon, Armel Tripon, Kojiro Shiraishi and Thomas Ruyant. These IMOCA were designed by four different architects: Juan Kouyoumdjian, Guillaume Verdier, Sam Manuard and the VPLP team. We should add that an eighth brand new boat may see the light of day, using the moulds of an IMOCA that is currently being built…

“This is a very interesting boom period, probably down to the new relationship with The Ocean Race, the crewed round the world race (ex Volvo Ocean Race), which will spread out the cost of the boats,” said Jacques Caraës. “The skippers competing on brand new IMOCAs automatically qualify for the Vendée Globe, once they have sailed at least 2000 miles. The Transat Jacques Vabre will be a great test, in particular concerning the reliability of these very powerful boats.”

Two bits of good news were recently announced. The first concerns Isabelle Joschke, who now benefits from the support of MACSF, which is returning to the IMOCA class. Jacques Caraës: “It’s great to see this enterprising and enthusiastic partner bouncing back with a new project. Isabelle Joschke, who was chosen as the skipper, is a pair of safe hands in the class. The boat being worked on by some very good technicians will be fine tuned in the coming months. There weren’t any women in the last Vendée Globe, but in 2020, we may see four lining up (Sam Davies, Alexia Barrier, Pip Hare and Isabelle Joschke).”

Other big news from late 2018: Vincent Riou will not be lining up for his fifth Vendée Globe and will be handing over the helm of his PRB to Kevin Escoffier. Winner of the last Volvo Ocean Race with Dongfeng, the head of the Banque Populaire research team, Escoffier certainly has a lot of technical knowledge and is a very skilled racer. After specialising in crewed racing, he is making the switch to solo sailing, which according to Jacques Caraës will not pose any problem for him.

“He will quickly adapt. He has an exceptional experience of offshore racing and with the support of Vincent Riou, he has a great teacher. He will have a boat that has been well adapted with huge potential in terms of speed thanks to her new foils. This is an ambitious project and Kevin will certainly be one to watch.” 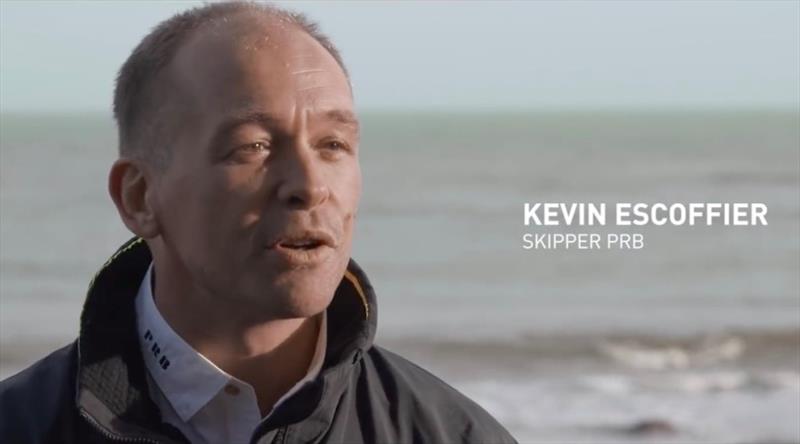