Fresh off sailing the recent J/70 South American Championship in Punta del Este, Uruguay, a number of teams headed back across the formidable Andes Mountains range back northwest to Algarrobo, Chile for the 2020 J/70 Chilean National Championship, hosted by Cofradía Náutica del Pacífico.

After the pre-regatta full-day training program that included an onshore debrief, the competitors continued to learn even more about Smith’s “speed secrets” during the course of the regatta. Juddie was on-the-water all three days of racing and provided post-race day debriefs at the yacht club for any of the sailors.

The sailors were treated to a fairly typical cross-section of wind and wave conditions off Algarrobo. Friday’s racing was light and shifty winds for most of the day. Then, on Saturday and Sunday, the fleet enjoyed 10-18 kts of breeze, increasing on Sunday to 15-20 kts…making for a few fun, full-out planing races downwind. 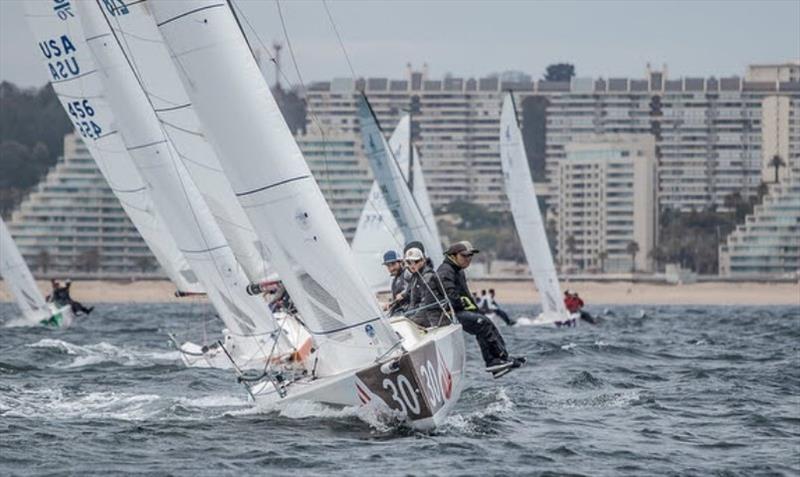 In the lighter breezes on the first day, the right side of the course upwind paid off the best. However, late in the day, the seabreeze affect started to pull the breeze left with a little more pressure. The strongest performance of the day was the Herman brothers on New Wave, they had great starts, solid tactics and very good speed to post a 3-3-2 to sit atop the podium at the conclusion of racing. Not far behind was Matias Seguel’s crew on Team Volvo with a 7-1-5 and in third was Vernon Robert’s Morenita team that had just finished sixth in the J/70 South Americans in Punta, posting a 2-2-10 for the day.

On Saturday, the wind built a little more and some of the stronger teams took advantage of the wind and wave angles, particularly downwind. The Ducasse family onboard Tsunami posted the best record for the day with a 6-9-1. Meanwhile, the regatta leaders on the Herman’s New Wave posted a 3-11-4 to hold on to their lead. Meanwhile, Seguel’s Team Volvo also held on to their second spot with a 4-12-2. 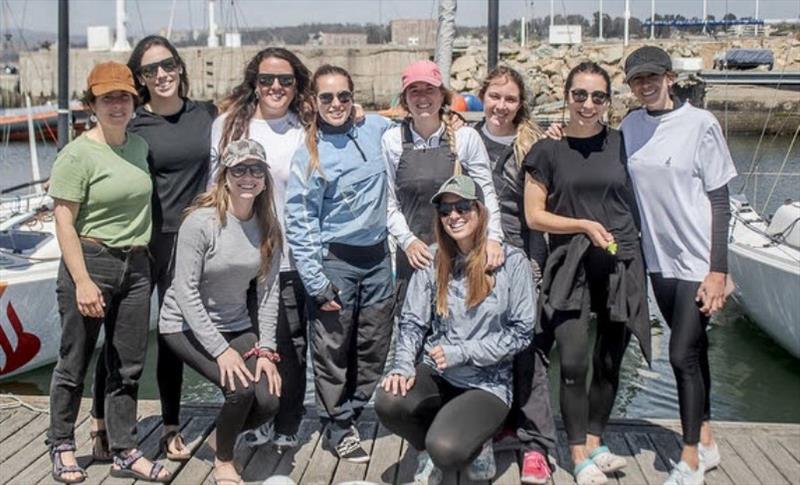 The stronger wind conditions on the final day certainly played into the hands of the more experienced teams. Dominating the final day and closing out the regatta with a strong performance was the Herman brothers on New Wave, posting a 2-1-4 for a 22 pts net (after one discard); that gave them a 13 pts winning margin. This was the second J/70 Chilean Nationals the Herman brothers have won, taking the first event in 2015 at Lago Panguipulli onboard Carolina.

Taking the silver was Seguel’s Volvo team, closing the regatta with a 3-5-8 for 35 pts net. Then, rounding out the podium was the Ducasse family on Tsunami. Their final day was a bit of a disappointment, as they had been in the running for the overall lead with Volvo and New Wave. They started off the day winning their second race in a row, but suffered an OCS in Race 8 and, therefore, ruining their chances to win the regatta. They closed with a second to take the bronze. 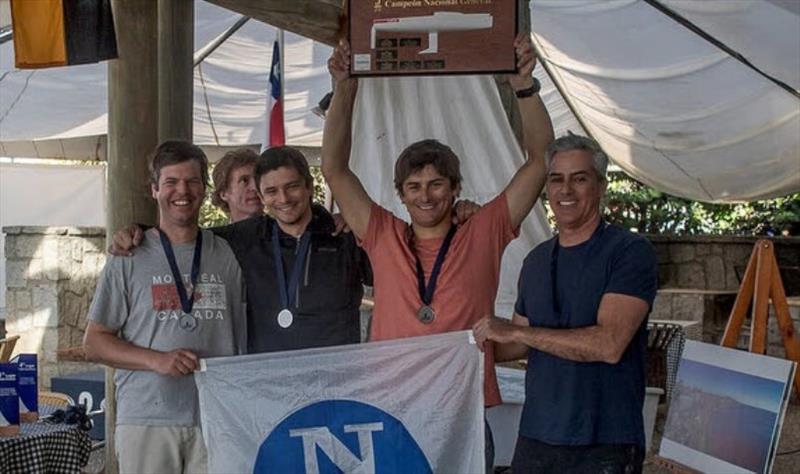 After an uncharacteristically bad fourth race, a 21st place Robert’s Morenita crew demonstrated why they are one of South America’s best J/70 teams, closing the gap very quickly on the leaders to finish just seven points from second place! In fact, they posted the best record of any team in the last five races- a 1-3-6-2-1, winning the last race by a big margin and securing fourth place. Rounding out the top five was Alejandro Perez’s team on Peligro.

Winning the Corinthians Division was young Alfredo Urzua on LA Negra, second went to Cristóbal Pérez’s IL MOSTRO, and third was José A Jimenez and family on Dark Side.