Sirena Yachts has sold its sixth Sirena 88 after the 26.81m/88ft model, the largest in the Sirena range, was first presented at the 2019 Cannes Yachting Festival.

With naval architecture by German Frers and interior design by Cor D. Rover, it is the 3rd unit in the Turkish brand’s flagship line to be acquired by an American customer.

The list of special requests and custom features that we’re implementing on this yacht is impressive, which reflects both our determination to meet our customers’ needs but also the flexibility of this particular model,” says Constantinos Constantinou, Sirena’s Director of North American Sales. 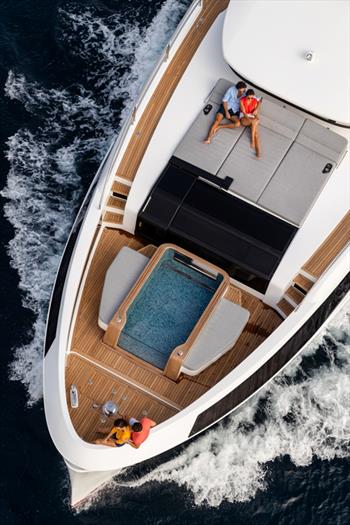 On the private foredeck (with direct access from main deck master suite) the standard plunge pool has been upgraded to also function as a Jacuzzi with accompanying comfortable loungers to suit the owner’s tastes and requirements.

The entire flybridge layout has been re-arranged with a custom bar unit on the portside yacht instead of the starboard side with a unique seating and dining area. Everything in the space is bespoke, from the design of bar stools to the lighting and the materials used throughout the yacht.

Upgraded MAN engines (1800 hp vs standard 1550 hp) and generators (40kW each vs standard 35kW) will be installed. As the owner intends cruising extensively aboard his yacht, he specifically requested that the yacht be fitted with both Humphree zero-speed stabiliser fins with interceptors and a Seakeeper gyro stabilizer as well, simply because he wanted two independent systems to provide complete redundancy should the need arise. 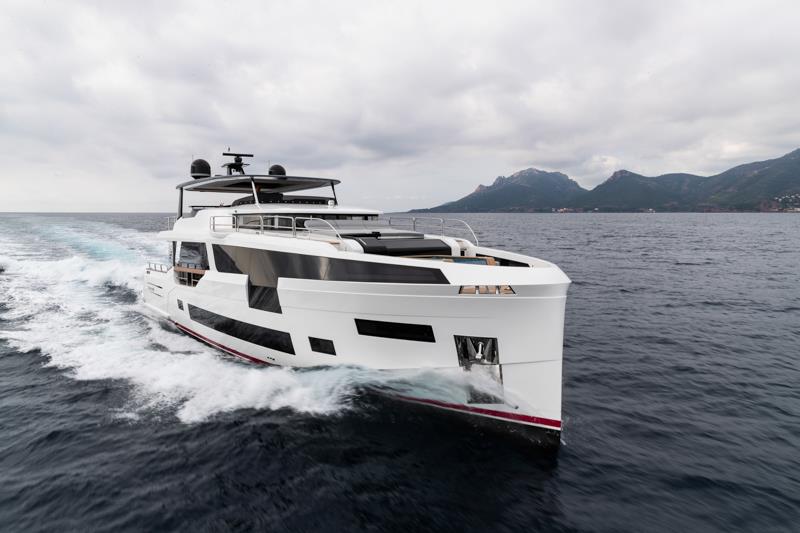 “We’re thrilled by the way the 88 has been received, which reflects the trend among owners seeking superyacht features in a more manageable size of yacht,” says Constantinou. “The Sirena 88 offers the kind of volumes you would commonly find on a 100-footer or bigger. In actual fact, we are the only builders in this size range who can offer a twin-level master stateroom without sacrificing the 5-cabin layout. No one else has managed that and you really have to go up to 120+ feet to find anything similar.” 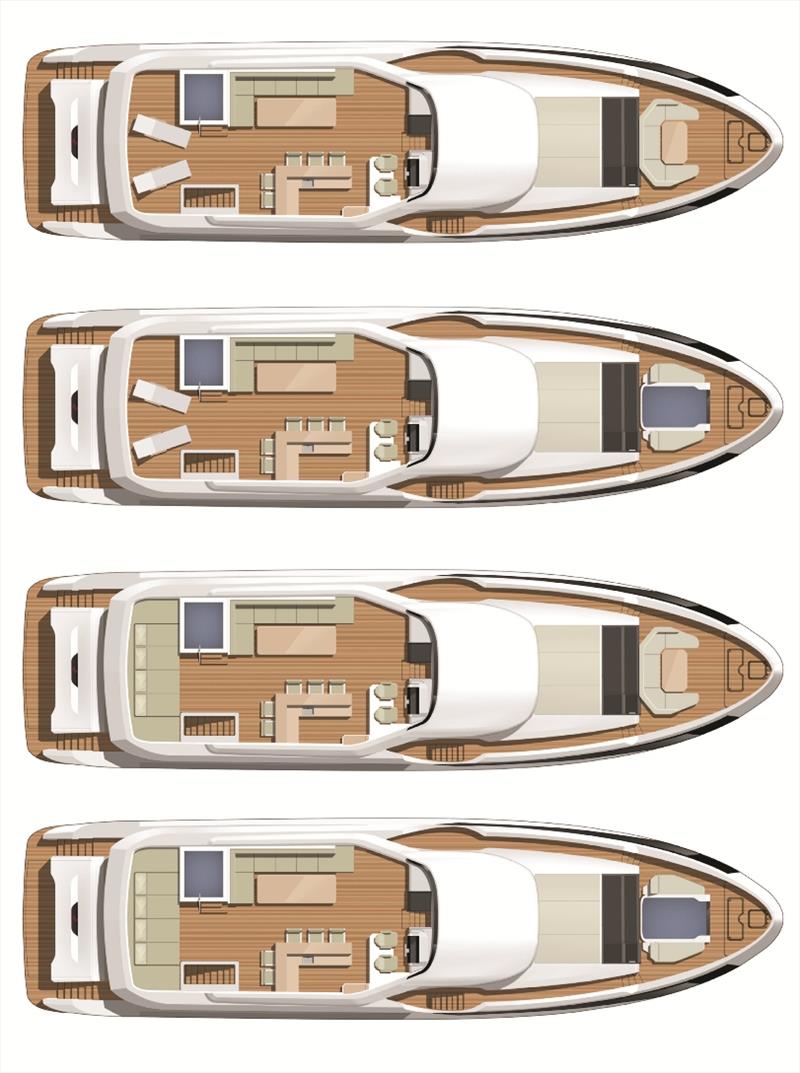