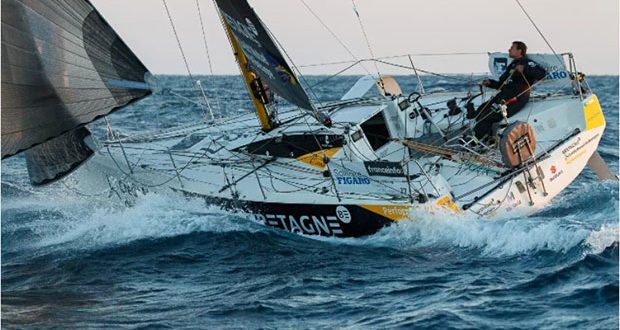 With well over half of the 490 nautical miles La Solitaire du Figaro’s Stage 2 course from Lorient to Fécamp completed by late this Monday afternoon, the leaders were negotiating the rocky North Western tip of Brittany ready to take on a much more technical, testing upwind section, tacking to windward towards the finish where the winner is anticipated early on Wednesday morning.

Pierre Quiroga (Skipper MACIF 2019), the 28-year old skipper originally from the Mediterranean who finished second on the first leg, led the fleet around the corner into the English Channel this afternoon, but his margin over Tom Laperche (Bretagne CMB Performance) was tiny – just a few hundred metres – as the pair made just over eight knots upwind.

The leading five boats were within one mile of Quiroga with General Classification leader Xavier Macaire, poised in sixth 1.2 miles behind. 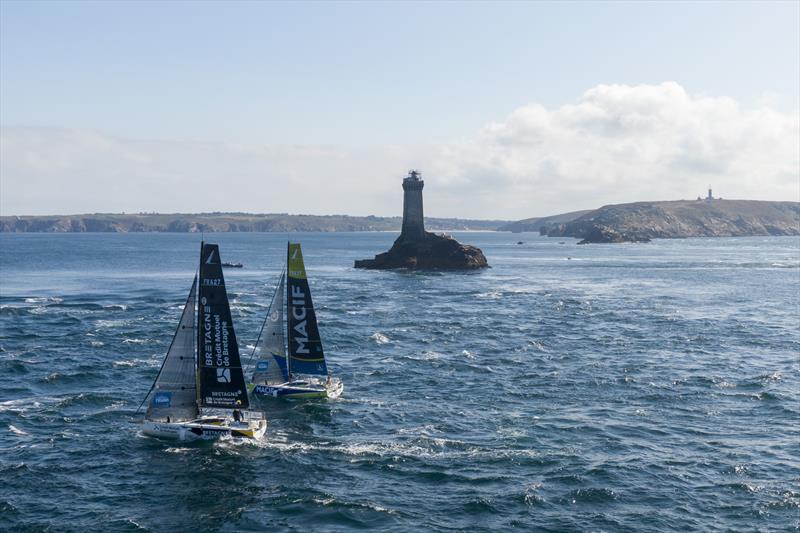 After a bad start on Sunday afternoon which – he admitted today – saw him next to last at the first mark, Britain’s Alan Roberts (Seacat Services) was holding a solid eighth place after having rounded the Rochebonne plateau buoy – off Les Sables d’Olonne – in 12th. Roberts has made place gains on the long, tight reach and close hauled stage up the west coast of Brittany but lost a little distance on the lead group.

“I was almost last at the first buoy off Lorient. Now, I am pleased to be climbing back into the fleet slowly but surely, it’s pretty cool.” Roberts reported last night. 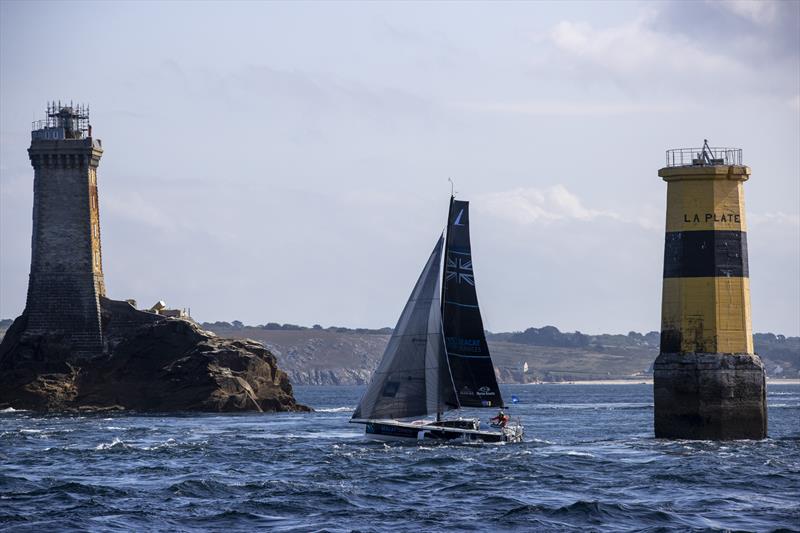 Ireland’s Tom Dolan was not so well placed this afternoon, 22nd on Smurfit Kappa-Kingspan but the sailor who finished fifth overall last year remains in a good mood.

“There is plenty of time to get back into the match.” Dolan shouted above the breeze, “There is all that rock hopping and tides in The Channel.”

The leaders were tucked in close to the coast at the point of Brittany, trying to hide from the outgoing, contrary tide. There could be some compression in the early evening if they are held up much, but the North Easterly breezes are set to remain until the finish which will be set close in to the small port town which is cut out of the high, white ‘falaises’ or cliffs made famous by the painting by Monet in 1881.

“The first night was fast, especially getting down to the Rochebonne plateau which was done under a gennaker (big headsail, editor’s note). There were good average speeds, around 14, 15 knots and that is not every day that we see this in Figaro Beneteau 3.”

There have been some technical problems in the fleet notably to Pierre Leboucher (GUYOT Environment – Ruban Rose) who had pilot problems. The skipper who was fifth on the first leg dropped to 23rd but had fought back to 18th this evening 4.9 miles off the lead but making a slightly slower speed than his rivals. Violette Dorange (Devenir) hit an object which caused the rudder to kick up and render a small crack on her hull with no water ingress reported. Martin Le Pape (Gardons La Vue) tore a spinnaker but was holding 14th, 3.4 miles off the lead.