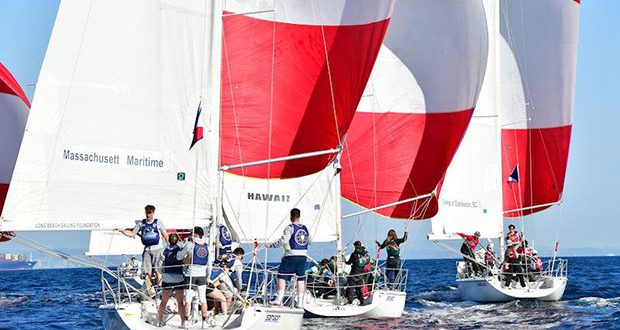 Defending champion Cal Maritime finished strong with three bullets in four races, but faced tough competition as their rivals dusted off the cobwebs and ascended into top form.

The POLA Harbor Cup is one of the leading intercollegiate sailing invitationals in the nation. Founded in 2008 and hosted by Los Angeles Yacht Club, it features three exciting days of one-design windward-leeward racing about an equalized fleet of Catalina 37 keelboats. In 2021 the event took a pause due to pandemic restrictions but returned today with an enthusiastic field of college co-eds. Racing continues Saturday and Sunday, March 12 and 13, on the waters off Los Angeles Harbor. 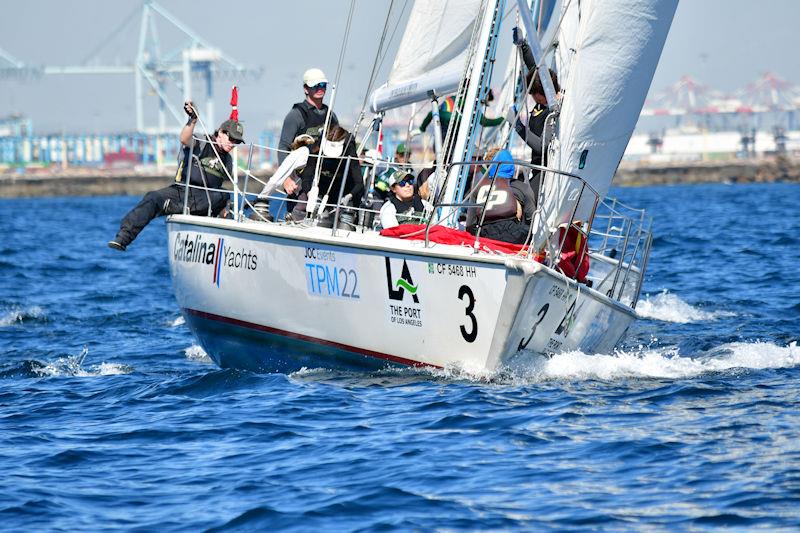 The ten teams of sailors from across the nation kicked off the event with a morning of practice in a building breeze, looking smart and confident in their maneuvers. East Coast crew were decked in shorts and t-shirts, as if to mock the snow-capped mountains in the distance, as the competitors pulled off three lively practice starts. And then at 1:30pm, it was the real deal! Racing began with the fleet all clear at the start of the first of Friday’s four races. Defending champion Cal Maritime led at the top mark and extended their lead over the fleet as they lapped the twice-around course to capture the first bullet of the event. University of Hawaii finished second; Univ. of California Santa Barbara, third.

The wind continued to clock and build as Race Two started. Massachusetts Maritime Buccaneers overtook the Hawaii Rainbows at the finish to take first, with Hawaii second, and the US Coast Guard Bears third. 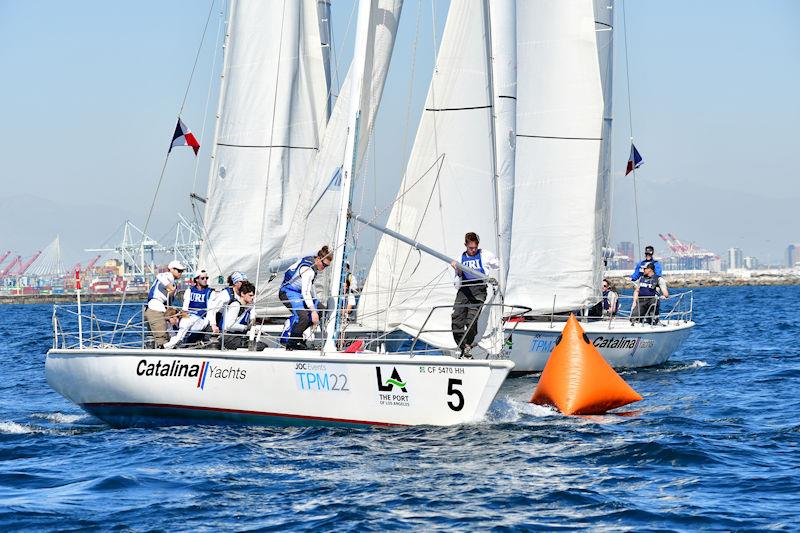 The fleet was more consolidated as Race Three began, in a crisp breeze of 15 knots. The Catalinas charged up the choppy course, led once again by the Keelhaulers and followed by US Naval Academy. After a dusty start the Midshipmen were returning to prior form: they had won this event in 2018 and in 13 years of racing often finished in the top three. They clinched second place in Race Three with College of Charleston – another past champion (2019, 2016) – close astern.

The Keelhaulers solidified their day with a final bullet in Race Four as Navy repeated their second-place finish. Univ. of Rhode Island Rams logged their best result of the day, finishing third in that fourth and final race.

“This is our first time being here and we’re super-psyched,” said Rams team member Ava Wilson. “Everybody’s new to these boats and we’re a new team as well. We’ve done as much as possible to prepare, and it is definitely interesting to be out there – especially competing with the other New England schools we commonly race against.” 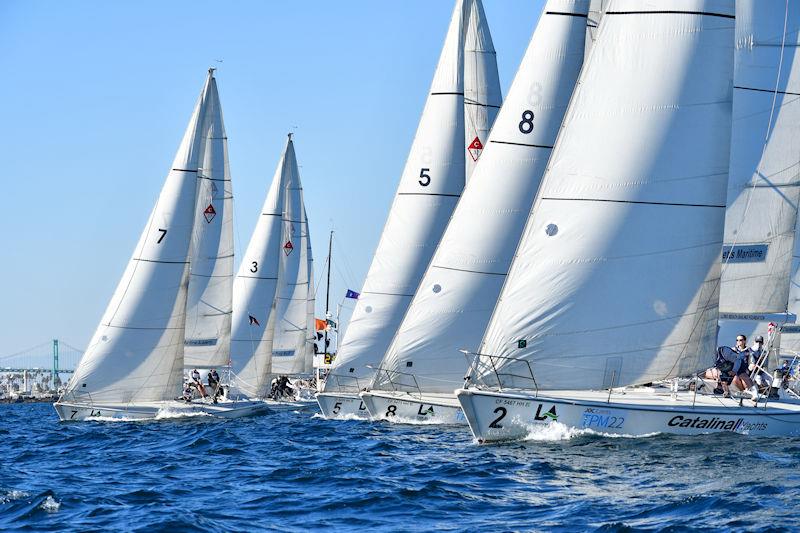 Wilson explained that although the Univ. of RI doesn’t own a big boat, the school does have an offshore team. “At home we race FJs and 420s – it was snowing when we practiced earlier this week!” she added. “When we go to regattas we see everything from J22s to Navy 44s, but we haven’t sailed the Catalina 37s. I think the real asset of our team is our combined experience. Everybody on this boat has an incredible resume, and I think all that talent coming together in one boat will really be great and we’ll get some good results.”

In addition to Rhode Island, the Univ. of Maryland Terps made their POLA Harbor Cup debut – encouraged by their performance in the Fall regattas.

“We got a taste of keelboat racing at the Navy McMillan and Shields events,” explained Michael Bisson, Terps team captain, referring to the two big boat regattas the US Naval Academy hosts each fall, on a fleet of 44-foot sloops. Rhode Island finished second in the Shields Trophy regatta in September, to Navy’s first; and repeated that performance in October’s McMillan Cup regatta.

“When we started there, most of our team hadn’t raced together on that kind of boat before,” Bisson continued. “But we came a long way, and decided we’d like to do it again, do it better, and come to Los Angeles! Our strategy is to start out pretty conservative and get a feel for the boat. Then as it gets going, we can really start nailing the maneuvers.” 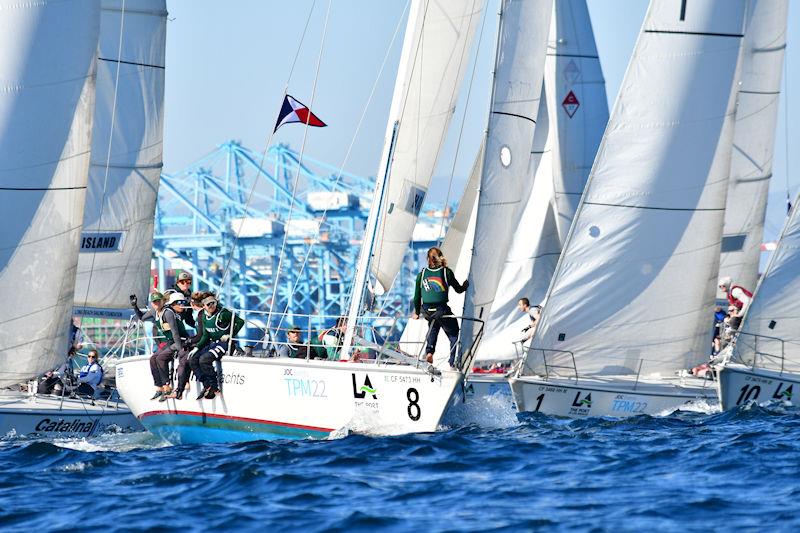 Racing will continue Saturday and Sunday, March 12 and 13, beginning at 11:30 each day outside Angels’ Gate.