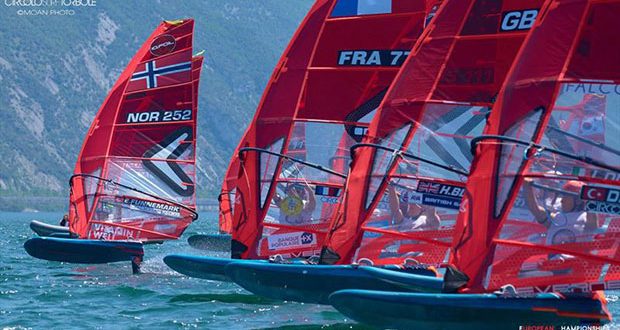 The second day of racing at the iQFoil Class European Championships held on Lake Garda, at the Circolo Surf Torbole, Lake Garda, in northern Italy, was supposed to be an early wake-up call for the 256 participants. But the wind was working to a different schedule.

The day became a struggle between ‘giants’ in the top positions for both men and women. French sailors now lead both fleets, with Nicolas Goyard in the lead among the males and Hélène Noesmoen among the females

The championship is the first major regatta for the class which is being used as the equipment for the Mens and Womens Windurfing events at Paris2024, which will be sailed in Marseille.

The sailors were to be ready to race in a northerly wind, which was insufficient to start racing at 8:30 as hoped. The wind dropped inexorably, but fortunately, thanks to the bora in Trieste, a southerly wind of 15-18 knots arrived very early, ideal for continuing the event programme with the ‘course’ races.

From 11 a.m. onwards, in fact, a good wind arrived that allowed four “course” races to be held consecutively with the first windward mark, a discipline that requires at least 10 knots of wind. The starts of the races were spectacular and saw far fewer disqualifications than the slalom races on the first day. 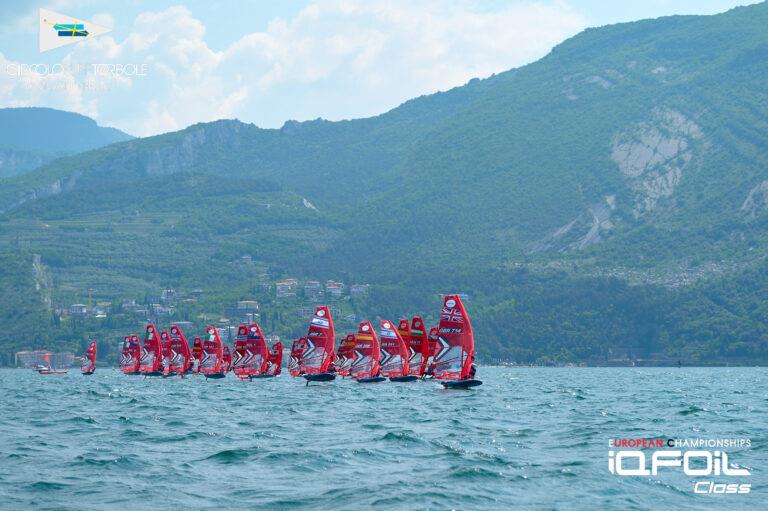 With three firsts and an 11th on the day in the discipline course, French reigning World and European champion Hélène Noesmoen (Silvaplana 2021) is first but tied on points with Tokyo2020 bronze medallist Emma Wilson (GBR, 1-1-10-2), both two points ahead of the other British Islay Watson, European silver medallist in 2021 in Marseille; for her a 4-3-8-1 in today’s four races. The Italians are still a little behind, after the twentieth place, despite some good partial lack of regularity. Marta Maggetti is twenty-second, followed closely at 4 points by Giorgia Speciale. 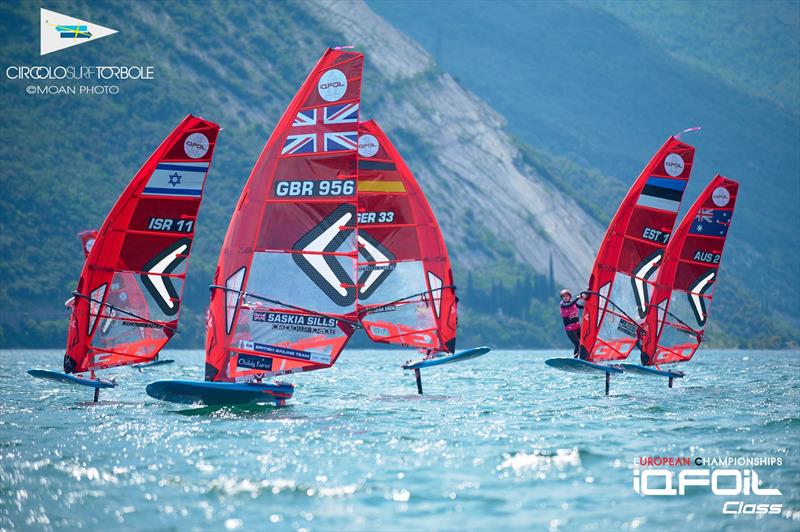 In the men’s category, the first positions were naturally played out among the “giants” of the discipline: leading with 7-14-1-1 Nicolas Goyard, who has the advantage of 6 points over Dutchman Luuc Van Opzeeland (49-9-9-1, European and World bronze medallist 2021 iQFoil class).

Provisional third place for Dutch Olympic gold medallist Kiran Badloe (30-5-3-3), 10 points behind Goyard. Italian and Circolo Surf Torbole’s home idol Nicolò Renna moved up one position, to fourth with the same score as Badloe, but drops one place after the tiebreaher is applied. Badloe made his gain despite scoring maximum points in the first race of the day due to a startline infringement. He redeemed himself in the next three courses with a 10-1-2.

On Thursday 19th the fleet will be divided into gold and silver fleet (first 77 males and first 47 females) with slalom or course races scheduled, depending on the intensity of the wind and, possibly, the marathon race. Scheduled start at 12:00.