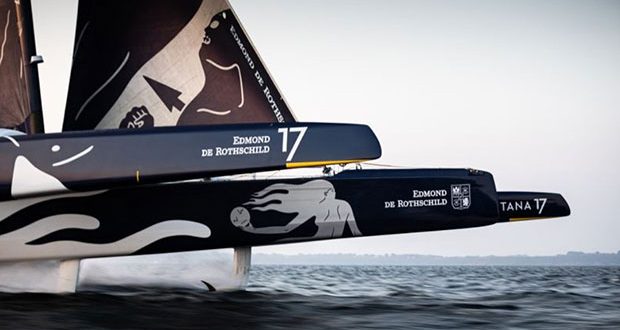 As scheduled, since 1 November, the Maxi Edmond de Rothschild and her crew have officially been on standby to set sail on their Jules Verne Trophy attempt.

Moored in Lorient, her port of registry, the 32-metre giant is ready to head off on the theoretical 22,000 nautical miles that make up the legendary round the world record under sail. Together with their router Marcel van Triest, the skipper duo on Gitana 17 have been pouring over the weather in search of a favourable window, which equates to the best possible time slot for their departure.

It’s an ambitious project given that the current record stands at 40 days 23 hours and 30 minutes, which has been held by Idec Sport since 2017, and as a result the five-arrow team is allowing itself the necessary time and means to properly line itself up on this famous Atlantic launchpad. 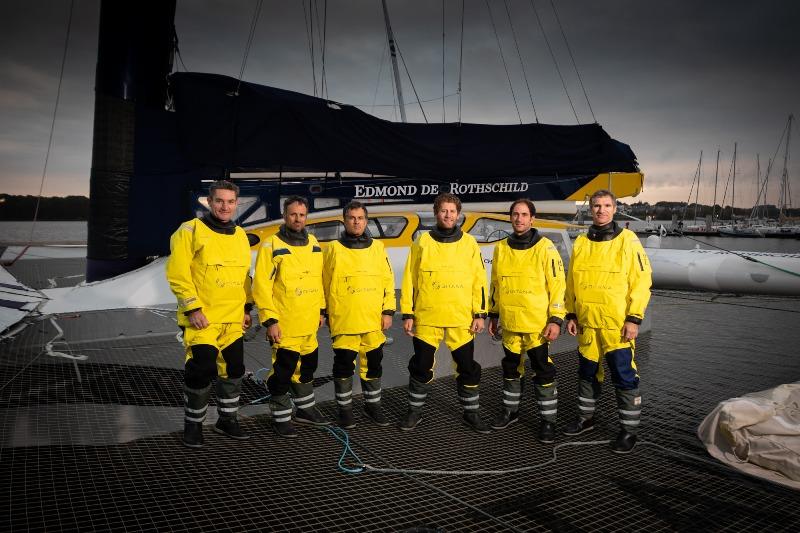 For nearly one week, Marcel van Triest, Franck Cammas and Charles Caudrelier have been analysing the different models (European and American) of the grib files on a daily basis in the hope of pinpointing the perfect weather window with which to set sail on the Jules Verne Trophy. “Each of us is doing our own analysis and then we discuss our findings each morning to compare viewpoints and decide on the day’s colour coding, which we pass on to the crew and the team”, explains Franck Cammas.

“Within the specifications, the weather at the start is naturally a crucial aspect in our decision about whether or not to trigger the start procedure, but we’re actually looking further forward than that with the scenario as far as Cape Agulhas (ref: the southern tip of South Africa, which marks the entrance to the Indian Ocean). As a result, we’re also casting our net wider to take in the end of the South Atlantic, which means we have to take into account the forecast for up to ten days or so”, points out Marcel van Triest, the router for the Maxi Edmond de Rothschild, before going on to describe the current situation in detail:

“Last week, we were carrying out an in-depth study of a window which involved leaving Ushant on Monday (2 November) once a front had rolled through. And even though the weather forecast to the equator and South Africa was appealing, we rejected that option because the conditions for the start were full-on – upwind conditions in 6m waves to make the start line – and there was a gradual deterioration of this route. Right now, there’s a stationary low-pressure system offshore of Gibraltar. This very slow phenomenon is climbing offshore of the Iberian peninsula and is set to clear away via the British Isles over the coming days. However, it’s forming a roadblock situation because it’s having a direct influence on play by causing the trade winds in the East Atlantic to stall. The first option we agreed to let go of was not a weather window suitable for the start of stand-by, rather it was a January window… The likelihood of hooking onto the right low-pressure system in the South Atlantic amounted to 25% and it would have been a long journey to turn back in this instance and there may have been a high price to pay if there were other great opportunities missed in the meantime.”

For now, the Gitana Team is on code black and its weather cell believes that there are no opportunities to set sail over the coming days, as the router explains: “For another way through to open up, we’ll have to wait for the said disturbance to clear away, which will in turn enable the Azores High to re-establish itself and the tradewind to settle back into position level with the Canaries.” Patience is the watchword!

During the period of standby for the Maxi Edmond de Rothschild, which the five-arrow team has scheduled to run from 1 November to the first few days of February 2021, any changes in the situation and a possible departure date for the boat will be announced via a colour coding system as detailed below:

“Each code corresponds with a weather sequence as well as an action, which must be carried out by the team. The majority of the elements are already aboard the boat but there are still a few details to be sorted. For example, within this timeframe, we’ll have to load up with 40 days of food and the sailors’ bags. The health crisis we’re going through right now also means that there are some extra steps to take. All the team, and the six sailors in particular, will be tested within the timeframe offered up by our coding system so we can set sail with confidence and the necessary guarantees”, explains Cyril Dardashti, the director of the Gitana Team. 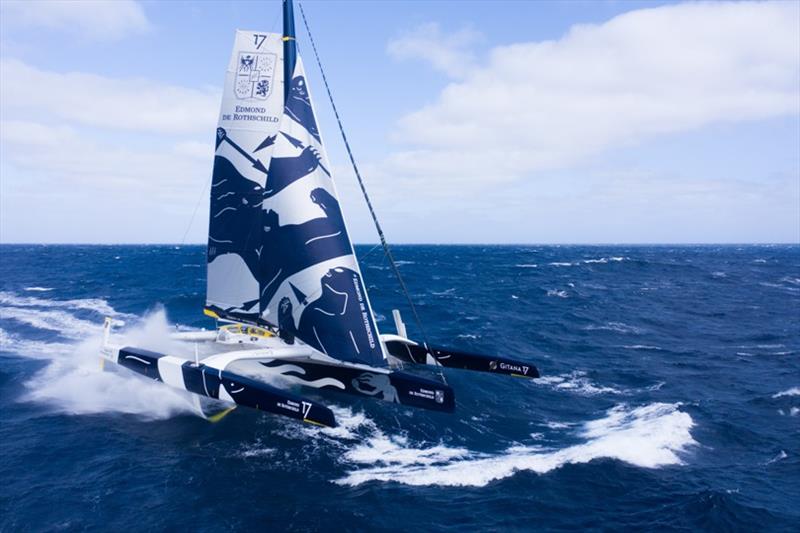 The wait for the perfect window is never easy to deal with, whether it’s for the crew, whose daily life can change from one day to the next, or for the shore crew. In order to get through this standby as best they can, the sailors and the team have set up a routine: daily sports sessions, weather analysis, weekly training expedition and checks for wear.

“To maintain contact with the boat, we come over to her every day. That also enables us to review the details, especially those related to ergonomics or the on-board organisation, and make a few tweaks if necessary. Above all though, we’ve been keen to go for a sail once a week or every 10 days tops, according to the weather forecast, so that we don’t find ourselves in a situation where we’re setting sail around the world with too long a break from the sensations of sailing offshore”, explains Charles Caudrelier.

On Sunday, the thirty-three solo sailors in the Vendée Globe will kick off the round of circumnavigations for 2020-2021 by setting sail from Les Sables d’Olonne. The images of these sailors casting off are sure to whet the appetite of our skipper duo, who are already champing at the bit to take the Maxi Edmond de Rothschild on her first round the world, the first circumnavigation for a flying maxi-trimaran! 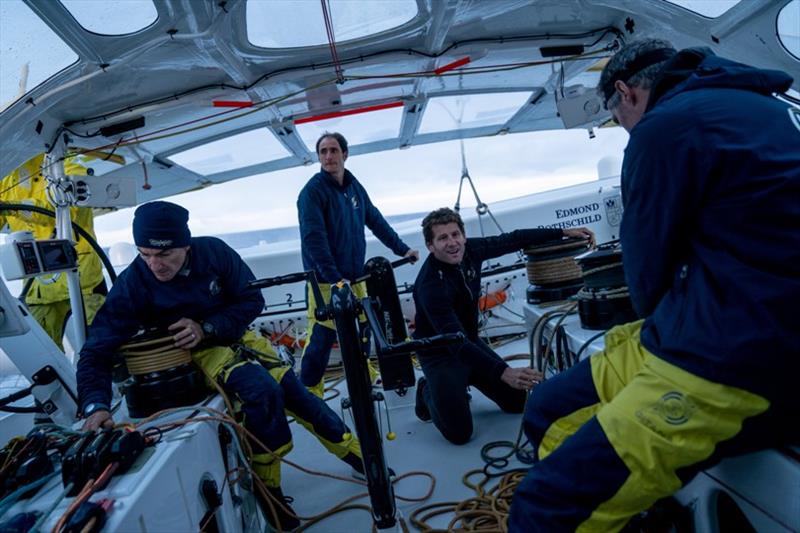