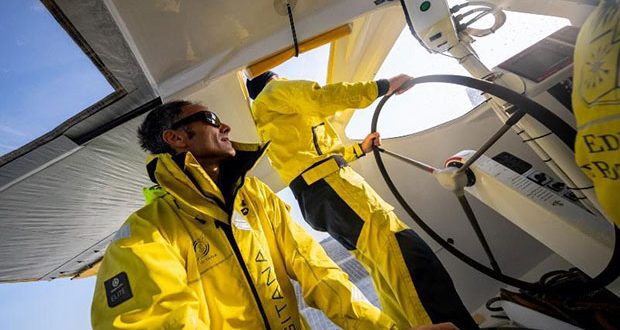 After a long weather briefing carried out remotely with the router Marcel van Triest, the entire crew of the Maxi Edmond de Rothschild gathered alongside Cyril Dardashti, director of the five-arrow team, has taken the decision to switch to code yellow, with a possible departure in a little over 24 hours.

Although the weather models are still refusing to indicate a perfect window, Franck Cammas and Charles Caudrelier, the two skippers, are keen to give themselves a chance of setting sail to conquer the Jules Verne Trophy and make their own luck by crossing the imaginary line offshore of Brest early evening tomorrow, Tuesday 24 November.

To set sail, or not to set sail? That is the question

This Monday, their actual departure is still cloaked in doubt and a great deal of uncertainty. Though everything is coming together to guarantee the right weather conditions at the start with the prospect of making the equator within a very respectable timeframe, for now the South Atlantic remains less inclined to offer up the ideal context to give free rein to a hassle-free descent on the quest for a sequence of low-pressure systems in the Southern Ocean.

Due to the Saint Helena High, which is making forecasts very tricky, there’s a risk that in ten days or so, the favourable winds may escape the sails of the Maxi Edmond de Rothschild, slowing progress in her hunt for the outright round the world sailing speed record. On one model, it works; in the other, the crew gets stuck. 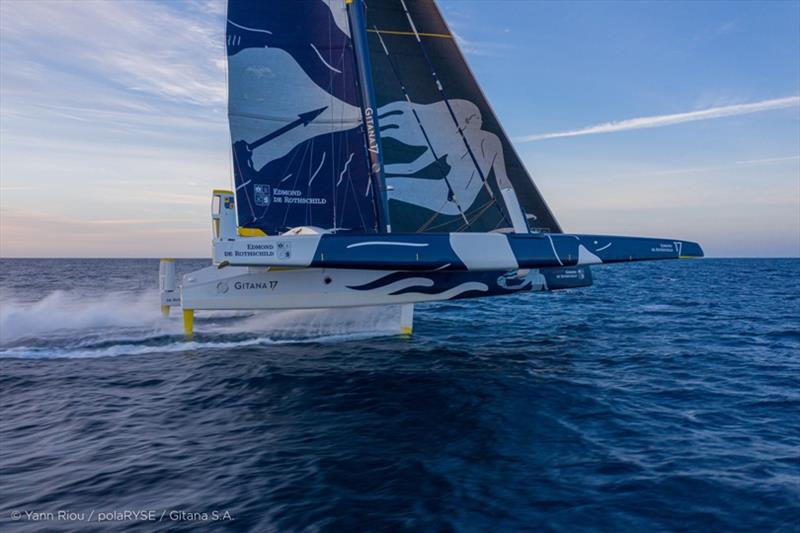 Uncertainties in the South Atlantic

“Today, on both the American and European models, the situation is relatively clear for the start, provided the crew sets sail shortly before a front rolls through, behind which conditions will deteriorate with the arrival of a small mobile ridge of high pressure with lighter winds”, explains Marcel van Triest, the boat’s seventh man, who is studying and analysing the situation. This top Jules Verne Trophy expert remains very confident with regards to the crew’s chances of kicking off its fabulous ride in style.

“Even though it varies a little from one model to the other, including a 6-hour deal to negotiate the doldrums, there is every chance that the crew can make the southern hemisphere in four days and 12 hours. However, that’s where the situation becomes complicated and blurred”, he adds. “We’re faced with a very shifty situation that is evolving quickly. The danger is that we’ll miss the train and get crushed between two areas of high pressure in the South Atlantic. It poses a real threat, even though there is still a possibility of linking onto a course that takes us behind the high pressure. Right now, in this very progressive system, it’s circulating very low down in the south.” 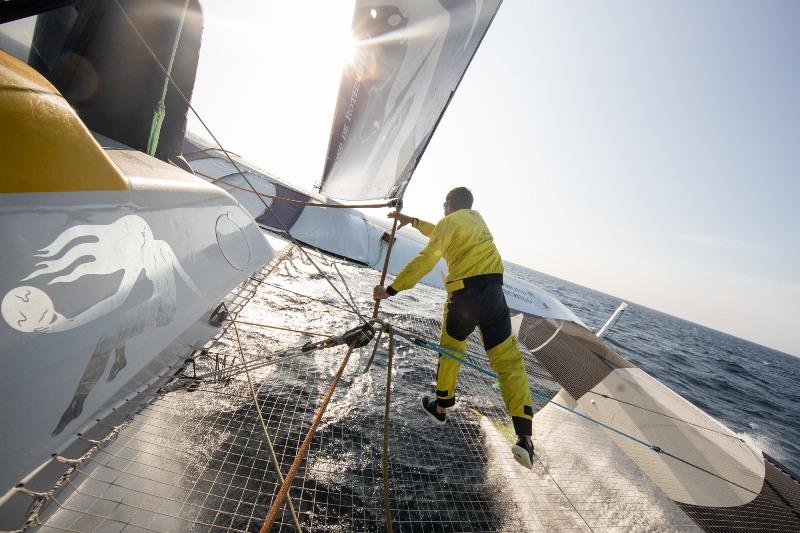 With regards to this situation, albeit driven by a real urge to set sail and attempt to break the record time of 40 days, 23 hours and 30 minutes held since January 2017 by the crew of Francis Joyon, Franck Cammas and Charles Caudrelier are eager to give themselves every opportunity to snap up this late November weather window, which remains ajar today.

This evening and tomorrow morning, they’ll study the situation again with the analysis of the new weather models. In the meantime, the six men who make up the crew are preparing to board the boat at midday tomorrow for a departure from the team’s base in Lorient, Brittany, at midday. At that point, they’ll set a course for the imaginary line between Le Créac’h lighthouse on Ushant and Lizard Point so this area offshore of Brest will be the start and finish destination for this planetary circumnavigation, which they have every intention of completing at full speed aboard their flying boat. 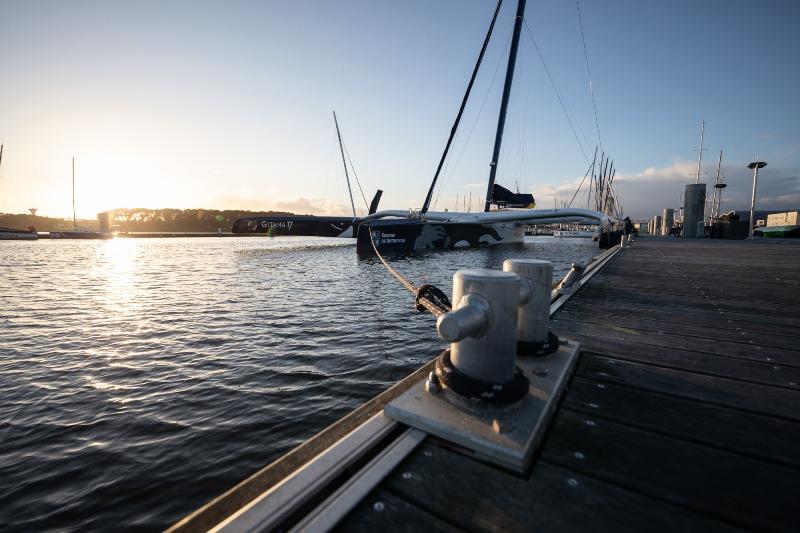 Reminder of the standby codes:

During the period of standby for the Maxi Edmond de Rothschild, which the five-arrow team has scheduled to run from 1 November to the first few days of February 2021, any changes in the situation and a possible departure date for the boat are announced via a colour coding system as detailed below: