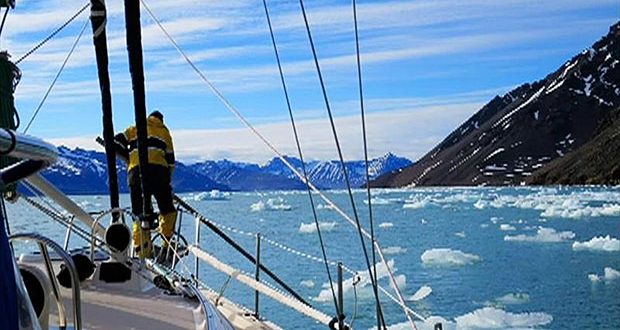 The third in the series of webinars is now available to view via the link below.

Escape to Svalbard, a Norwegian archipelago between mainland Norway and the North Pole.

Judith, who is Danish, and Haakon, who is Norwegian, live in Denmark and sail Touché, an Island Packet 380.

Join them as they explore one of the world’s northernmost inhabited areas. Svalbard is known for its rugged, remote terrain, frozen tundra sheltering polar bears, Svalbard reindeer and Arctic foxes, and glaciers. Summer brings the “midnight sun”, sunlight 24 hours a day, while the winter features spectacular displays of Northern Lights.