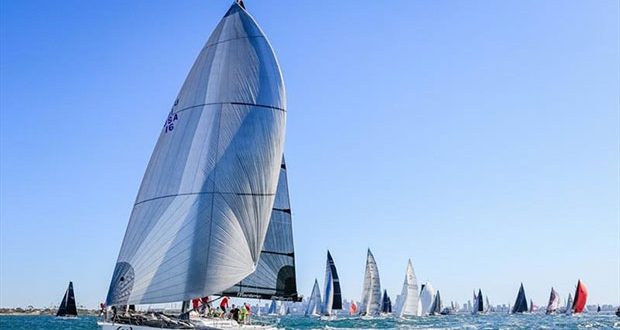 Extasea seals victory in the 2022 Melbourne to Geelong Passage Race

The 179th Melbourne to Geelong Passage Race started under spinnaker for over 200 yachts in a gusty 12-18 knot northerly breeze.

There was a mixed bag of boats making the most of the sensational wind conditions as they left Williamstown with 50ft monohulls to 24ft multihulls leading the charge towards Geelong in the early stages of the race.

It was the team aboard ‘Extasea’ that navigated the changing wind conditions across Port Phillip Bay best. The Cookson 50 from Royal Geelong Yacht Club took home Line Honours after finishing the race in under four hours.

Queensland-based Schumacher 54 ‘Maritimo‘ was hunting ‘Extasea’ up the channel by minimising gybes with their symmetrical spinnaker. However, Ray Roberts and Michael Spies aboard ‘Maritimo’ ran out of time to close the distance and came in second place.

Following shortly after was the Pugh 40 ‘Chutzpah’ skippered by Bruce Taylor finishing third fastest across the line.

Despite a downwind race the sailors had to make some big tactical decisions in navigating the large marine farm exclusion zone in the middle of the bay alongside a large drop in wind pressure. 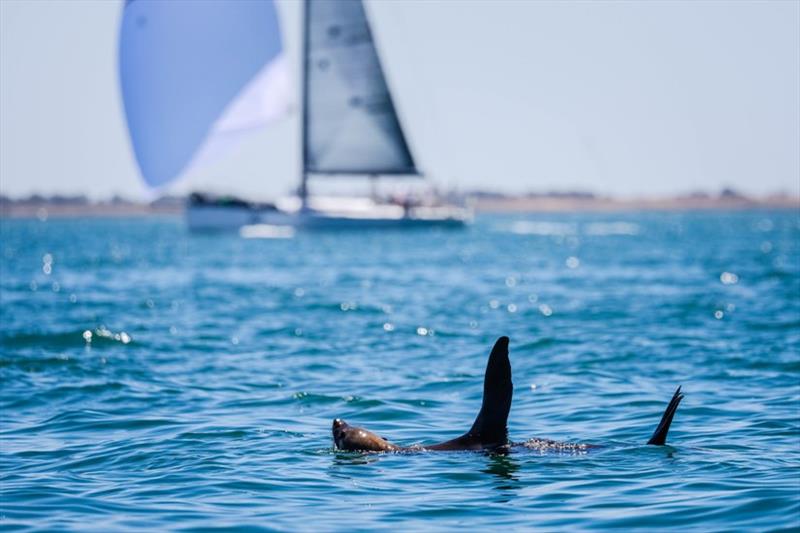 “It was tricky because everyone went to the west side and we went to the east, we were a little bit unsure what was happening but the breeze came in just in time,” Line Honours winner Paul Buchholz explained.

Local knowledge paid dividends for the Geelong based sailor who skippered his team into Corio Bay in first place. “Corio Bay is fantastic and it’s a hometown so it’s always good to come up that channel ahead.”

Buchholz has been competing in the Passage race since 1987 and hasn’t missed a year yet and is looking forward to the festival that comes alongside the racing. “Part of the deal with this weekend is to catch up with old friends and make new acquaintances as well.”

The south-easterly sea breeze pushed in shortly after the front runners crossed the finish line which favoured the smaller boats for the IRC Handicap overall trophy as they finished in stronger wind pressure.

‘Antagonist’ from Royal Melbourne Yacht Squadron skippered by James Lynch came away with the Lou Abrahams Perpetual IRC Trophy for the 2022 Melbourne to Geelong Passage Race. 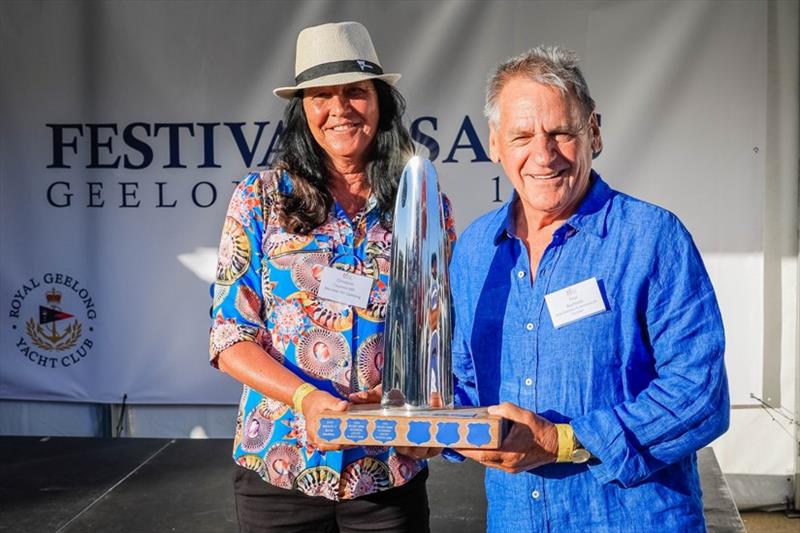 Festival Chair, Roger Bennett is elated with conditions Port Phillip and Corio Bay provided for the sailors to kick off the regatta. “What a fabulous welcome back for the iconic event,” Bennett shared. “It’s a rare treat for the sailors to sail under spinnaker all the way to Geelong and what a way to start the weekend.”

“Like many major events, it’s been a roller coaster at getting this event off the ground and it wouldn’t have been possible without the ongoing financial and operational support of the Victorian State Government and City of Greater Geelong.”

Plenty more racing is still to come with three more days of racing scheduled including the Melges 24 Class National Championships as part of the Festival of Sails.

The full list of results can be found here…