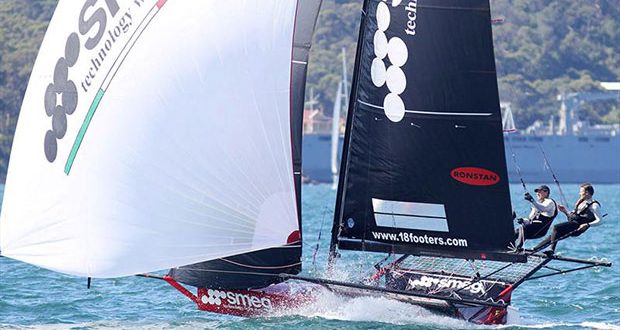 Many of the Australian 18 Footers League’s new team combinations will go into next Sunday’s Race 1 of the NSW 18 Footers Championship on Sydney Harbour practically untested due to some poor conditions since the 2021-2022 season began on October 24.

Following a delayed start to the season, as a result of Covid restrictions, the 21-boat fleet has had to suffer unfavourable race conditions as several new teams attempt to build up critical teamwork.

Two weeks ago there was very little wind, which continually changed direction, then last Sunday the fleet was battered by strong westerly winds in excess of 20 knots. 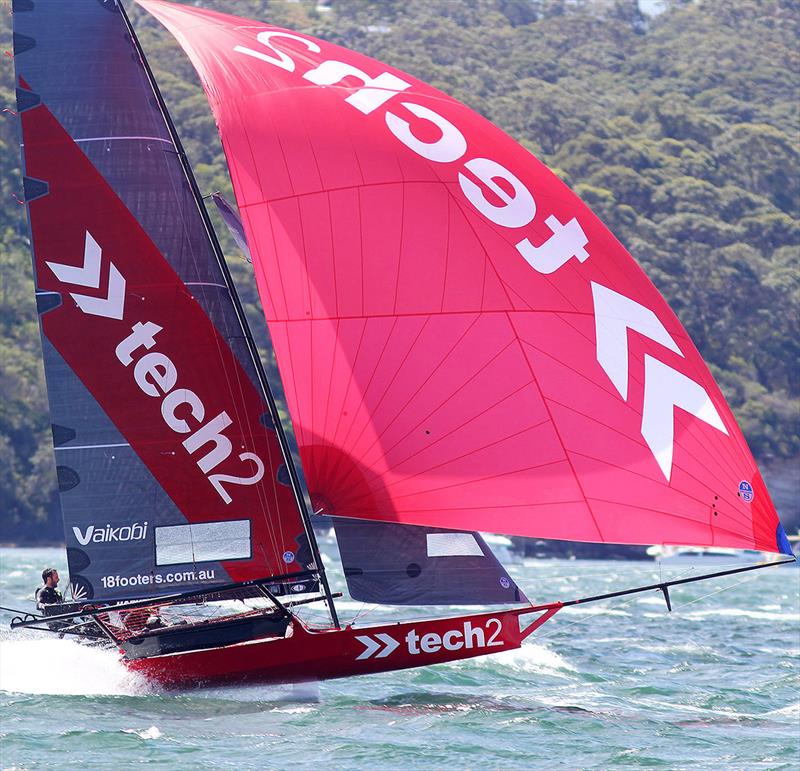 The current Australian champion Tech2 team of Jack Macartney, Charlie Wyatt and Lewis Brake have continued to show the form we saw in 2020-2021 and will go into the NSW series as a strong favourite, following two wins and a close 2nd placing in the last three races sailed so far.

Trying to find Tech2’s biggest challenger is not so easy, again due to the racing conditions so far, but the battle amongst several contenders should be a highlight of Sunday’s contest. 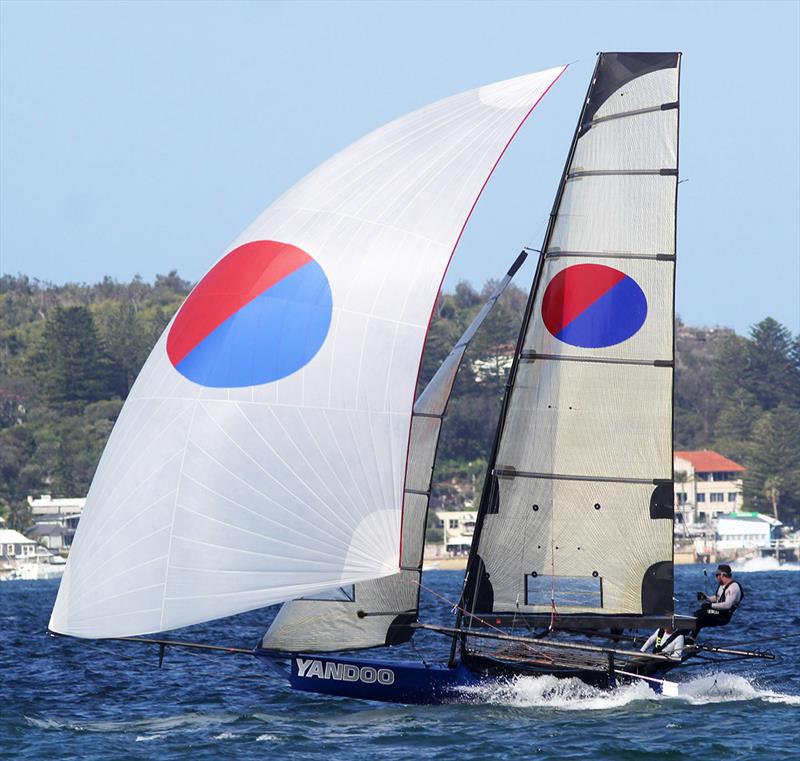 On displayed form leading up to Sunday, John Winning’s new Yandoo skiff has shown consistently good speed and with a high calibre, experienced team of Mike Kennedy and Fang Warren on board, Yandoo poses one of the biggest threats to the Tech2 combination.

Normally, the 2021 JJ Giltinan world champion Smeg would challenge Tech2 for favouritism but the skiff’s regular skipper Michael Coxon will miss the race through injury. 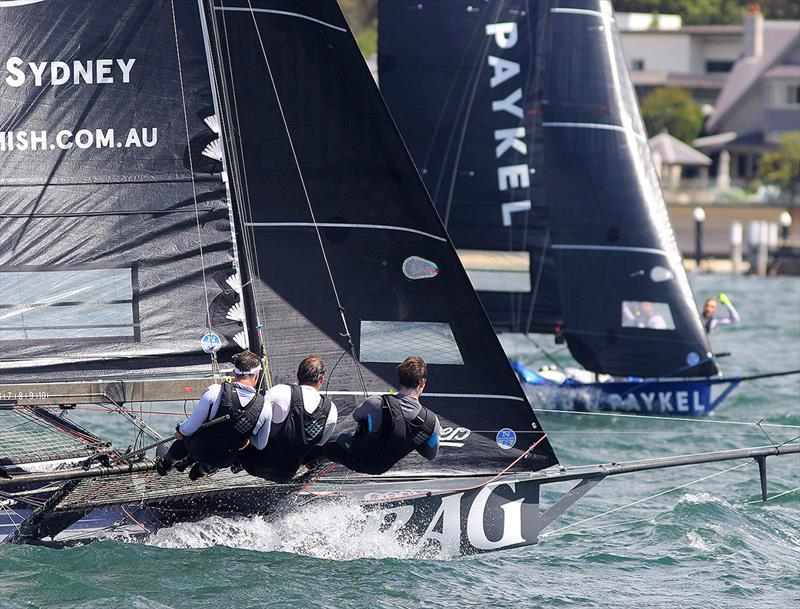 Marcus Ashley-Jones’ new Lazarus Capital Partners showed some of her potential in two earlier races before a late gear problem forced her out of a recent race, while another new skiff, Sean Langman’s Noakesailing is still to hit the water. Sean is likely to still be in charge of his 2020-2021 skiff on Sunday.

Another strong challenger on Sunday should be the Spring Championship winner, The Oak Double Bay-4 Pines skippered by Aron Everett. The team has been one of the most consistent teams over the past three seasons and continues to show her form in all wind ranges.

Possibly the most exciting part of the season so far has been the way two of the ‘rookie’ teams have performed.

Balmain Slake and Rag & Famish Hotel have both been at the ‘pointy-end’ of the fleet in most race but it shouldn’t be a surprise as both teams are being led by champion, young skipper with impressive international result to their names. 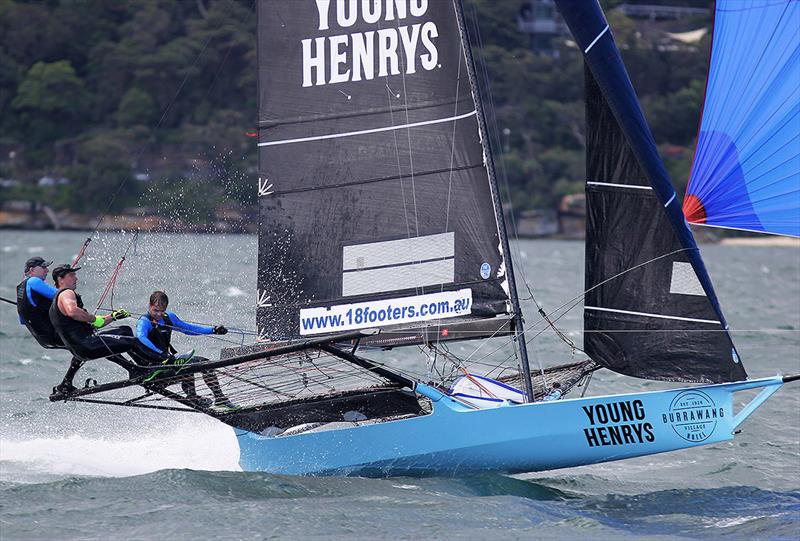 Some of the other teams showing good form and who are expected to improve as we move through the NSW Championship are Fisher & Paykel (Jordan Girdis), Finport Finance (Keagan York), Noakes Blue (Yvette Heritage), Burrawang-Young Henrys (Simon Nearn), Noakes Youth (Tom Cunich) and Shaw and Partners Financial Services (Steve Thomas).

Spectators can follow Sunday’s Race 1 of the NSW Championship on board the club’s spectator ferry, however due to Covid policy, numbers are limited. Booking online through the club’s website www.18footers.com is essential. www.18footers.com.au/18-footers-sailing/spectator-ferry