Light winds at the RNZYS meant Day 3 of the NZ Womens Match Racing Championships got off to a slow start this morning, but afternoon breeze filled in allowing the second robin to be completed and our semi-finalists to be decided.

Celia Willison (RNZYS YTP) and her NZ Womens Match Racing team had a strong start to the regatta, winning all 7 races in round robin one but dropped off the pace a little in round robin two only managing three wins and qualifying second overall. However it was enough to get her into the semi-finals where she came up against the Royal Prince Alfred Yacht Club team helmed by Juliet Costanzo. 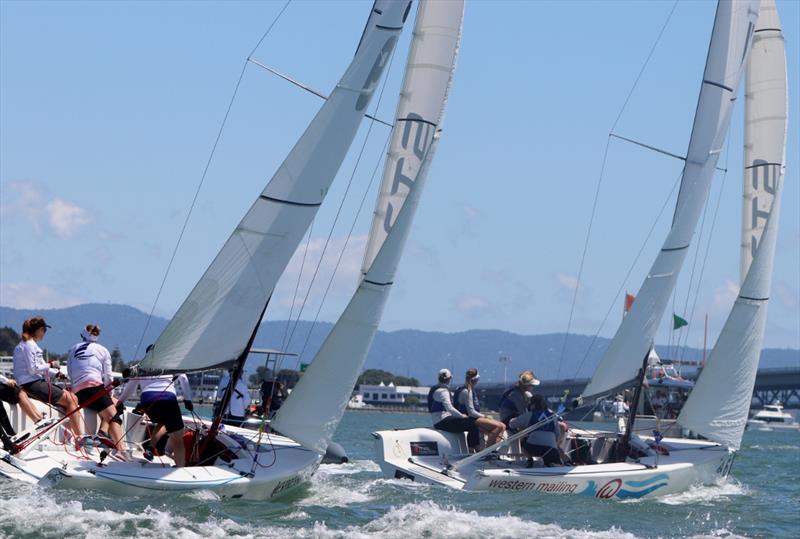 After two races were sailed, it is Willison who has the upper hand heading into tomorrow with a two nil lead, needing only one more win to book a spot in the final – Today was much better than yesterday, we had some nice breeze build in the evening and we managed to get two wins under our belt. We only need one more win tomorrow but we are a bit nervous about the light winds that are forecast as that isnt our really strong point, but were really keen to give it a go and we have the advantage over Juliet because she needs to go out there and win three races to beat us.

Costanzo is still very optimistic about her teams chances tomorrow, but was rueing a couple of small errors which proved costly today – We were sailing really well today, our first race got abandoned which was going to be a really close one. Then when we started the race again we made a bit of an error in the pre start and that basically gave the race away because there werent many over taking lanes available with the strong tide and light winds. In the second race we were looking good, we led off the line and still had the lead on the final downwind but we made another little error and that cost us the race, but thats no worries we have all day tomorrow to push even harder.

The other semi-final is between kiwi Olympic sailor Susannah Pyatt, who was the top ranked skipper after the double round robin, and American Allison Blecher who qualified in third. Blecher, all the way from the California Yacht Club, stamped her mark on the semi-final early by winning the first two races, but the experienced Pyatt with her back against the wall – came home strong in the last race of the day to ensure she still has a chance to make the final tomorrow. 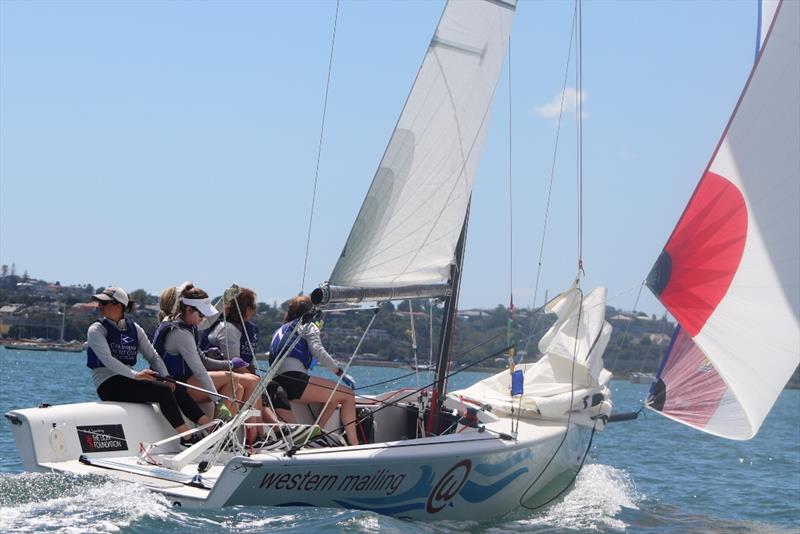 Speaking off the water, Pyatt was thankful she managed to win that final race after a strong showing across the first two days We were really happy with how we sailed in the round robins and were stoked to come out on top. Started the semi-finals today and we were leading the first one but got becalmed at the top mark so that was a little bit of a tough one watching them sail round us. The second race we missed some opportunities so we knew we had to give it everything to win the third one but the team hauled and we got one on the board so we are still alive!

Blecher was positive about how her team went today and seems to like the conditions we have here in the city of sails – We were sailing really fast out there and we were confident in what we were doing which allowed us to win those first two races. We made a few goofy moves in our third pre start but tomorrows another day so were looking forward to getting back out there and making the final. Its beautiful sailing out there, the breeze was nice this afternoon you guys have it really good here!

Finals day will get underway at 10am tomorrow breeze permitting and with both semi-finals nice and close, its going to be another superb and exciting day of womens match racing at the Royal New Zealand Yacht Squadron.