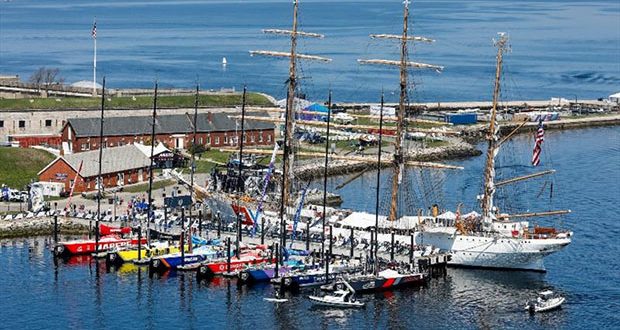 Posted by: YachtBoatNews in Boat News Races & Regatta 09/03/2020 Comments Off on The Ocean Race 23 Views

The Ocean Race is returning to Newport, RI, USA

Sail Newport and The Ocean Race announced today that for the third consecutive edition of the competition, The Ocean Race will make its only North American stopover in Newport, Rhode Island, in the spring of 2022.

The Rhode Island stopover will be one of ten stops during the eight-month 38,000 nautical-mile race around the world, which begins in Alicante, Spain, in October of 2021 and finishes in Genoa, Italy, in June of 2022.

“This is terrific news for our state, again bringing global attention to Newport and Rhode Island as premier tourist destinations and promising to generate tens of millions of dollars in spending and economic impact,” says Governor Gina M. Raimondo, Governor of the State of Rhode Island.

“I am grateful that The Ocean Race recognizes the value of coming back to the Ocean State and equally grateful to our partner and the official event host, Sail Newport, which has worked hard to ensure this successful event returns,” she adds.

For the first time, Newport will be hosting two fleets, the IMOCA 60s, foiling boats which push the limits of technology, as well as the one-design VO65 class, which produced the closest race in history in the 2017-18 edition. 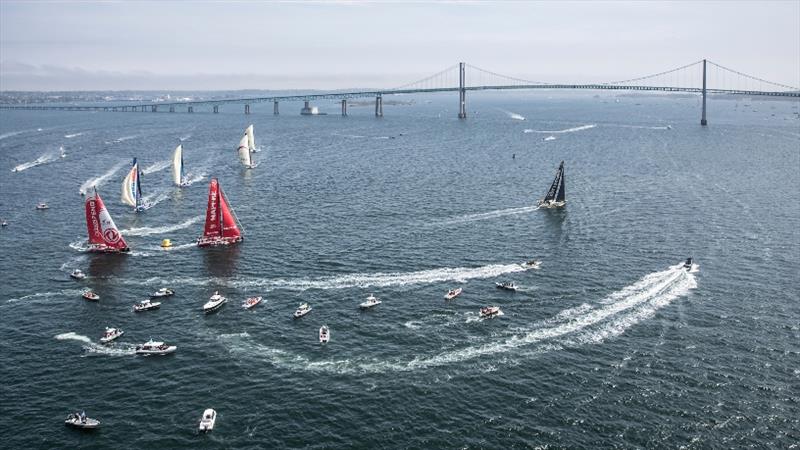 “This is the pinnacle event of the sport of ocean racing. These athletes are spending 24 hours a day for weeks on end transiting oceans in storms and calms and as a community we have the privilege of welcoming them to the only stop in North America. Our entire community will greet them as we have greeted seafarers for generations. We will welcome them and celebrate the human victory overcoming monumental challenge,” says Brad Read, Executive Director of Sail Newport.

“Newport remains an iconic venue for generations of sailors,” says Richard Brisius, Race Chairman of The Ocean Race. “It is a town built around the water, and people here hold the race close in their hearts, which makes it a stopover to look forward to for all of our sailors and stakeholders.

“When you walk through Fort Adams State Park and down the streets of Newport, you feel enthusiasm and passion for The Ocean Race, and that’s something we take pride in and want to return by bringing a great event here again in 2022.” 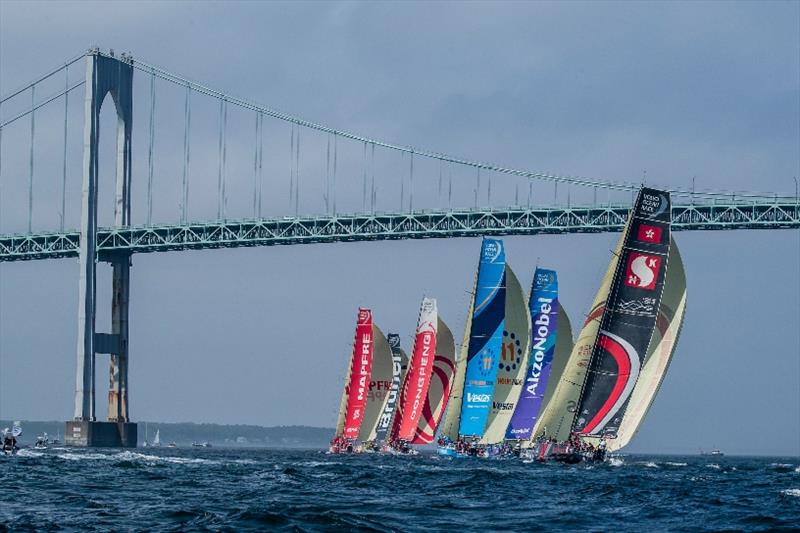 According to Read, the event had a wide-ranging economic and tourism impact on the community. Organizers released a detailed economic impact report [PDF format] that showed that the 2015 stopover generated an estimated $47.7* million to the Ocean State’s economy.

“The Ocean Race is one of the three pillar events in the sport of sailing, alongside the Olympic Games and the America’s Cup, and as such, it provides inspiration and motivation to sailors and sailing fans of all ages,” Brisius adds.

“But beyond that, The Ocean Race, along with Newport-based partners like 11th Hour Racing, demonstrates that sport can have an impact beyond the playing field. With a comprehensive and innovative sustainability program, together, we are leading the way in making a positive difference in our community.” 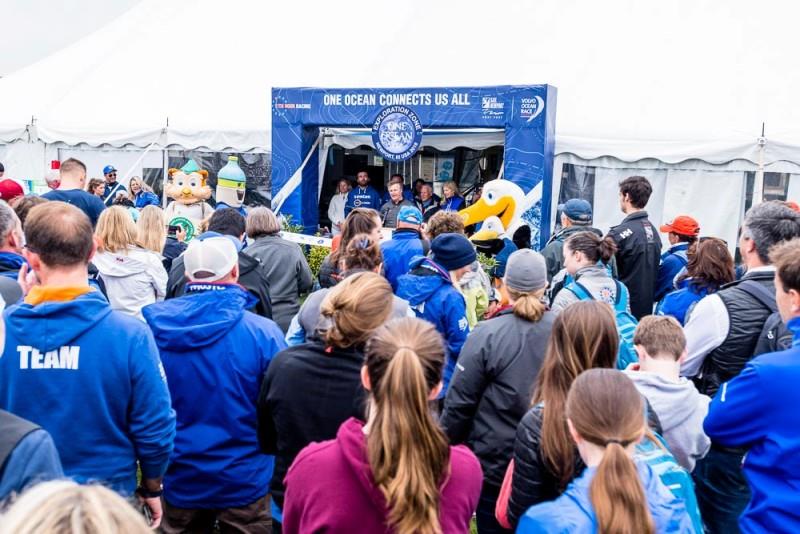 The 2015 stopover in Newport marked the birth of the sustainability program for The Ocean Race, an initiative that subsequently expanded to all stopovers in the 2017-18 race.

Coit adds, “The 2015 and 2018 race stopovers exemplified how to make large-scale, public events sustainable and also educated visitors about ocean health and the need to reduce the plastic pollution that fouls our seas. The Department of Environmental Management looks forward to our partnership with The Ocean Race, Sail Newport, and all stakeholders in continuing to model green practices and confront environmental problems at the local, state, and global levels.”

During the 2018 stop, for example, at the Newport Ocean Summit, Rhode Island became the first state to sign the UN Environment Clean Seas Pledge, leading to a Governor’s task force on plastic pollution and a forthcoming state-wide ban on plastic bags.

Also, 14.8 tons of greenhouse gas emissions were avoided through the use of a biodiesel fuel blend for generators. At the same time, an alternative transportation campaign inspired 7,561 visitors to use bikes and water taxis instead of cars to visit the race village.

Charlie Enright, who grew up sailing locally on Narragansett Bay, has led teams in the past two editions of the event and has his sights set on taking on the challenge of a third race in the new, foiling IMOCA 60 class, with the support of 11th Hour Racing. He takes pride in seeing an event of international stature come to his hometown.

“The Ocean Race is a worldwide sporting event, and to host a stopover in Rhode Island is no small undertaking. I’d say it takes a village, but it certainly takes more than that,” Enright said.

“A successful event takes an active State Government that provides the infrastructure to host something like this. It means the City of Newport expanding its tourism season into late spring and the organization of Sail Newport – a small non-profit on Narragansett Bay – taking on the world,” Enright adds. 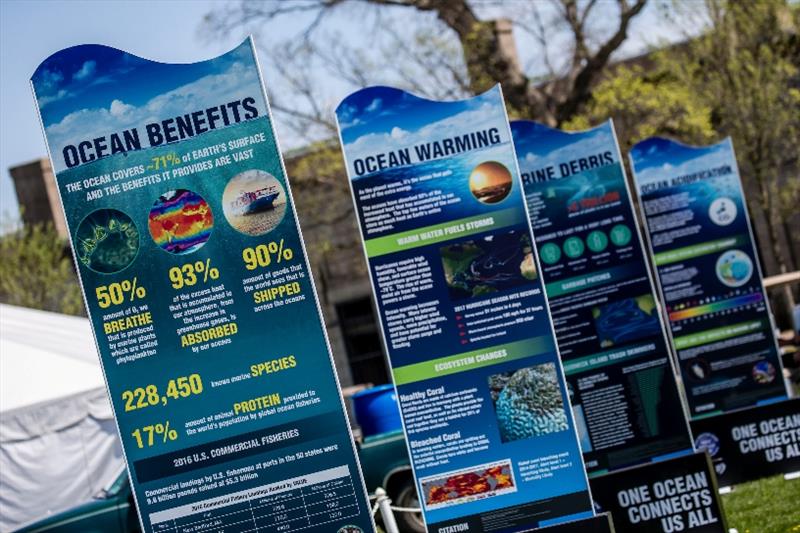 Newport stopover. Race Village – 11 May 2018 – photo © Jesus Renedo / Volvo AB”It’s humbling and for me it’s a big point of passion and pride. It’s great to be sailing in and out of Newport, seeing all the spectators, and really having a home-field advantage in an event as international as this is a very special thing,” says Enright.

Read adds, “At Sail Newport, we have seen the desire of the Rhode Island community to pitch in and help. The most emotional part of this race is watching our community embrace the race, the sailors and the excitement of the race village. That’s what keeps us coming back to host this international race.”

After the Newport stopover, the fleet will race the last, long ocean leg across the Atlantic to Northern Europe, before finishing the race in the Mediterranean in June. The full race route will be released in the coming days.