The new display solves the biggest problem boaters face onboard: It is extremely bright and easily legible in direct sunlight, it handles very high temperatures, and is incredibly fast – offering more than 60% better performance than the previous generation display.

A new benchmark for marine displays

Orca CTO Kristian Fallro says: “We put ourselves to build the best portable display ever made for boaters. The Orca Display 2 offers chartplotter-level brightness combined with high-end tablet screen resolution. Add to that an etched glass surface that minimizes screen glare and our TrueShift optical film that allows you to view the screen with polarized sunglasses, and you have yourself an amazing screen that is legible in any condition.”

Millions of boaters already use iPads and personal tablets for boating. A big challenge with these devices is that they turn off when they are used in direct sunlight or on warm days. Orca Display 2 uses a custom designed battery and high-quality components to handle temperatures from -15C to 55C (5 to 131F) ensuring reliable navigation no matter how hot it gets.

Orca Display 2 is 60% faster than the original Orca Display, which was already the fastest navigation display in the marine industry. While traditional chartplotter manufacturers don’t reveal their processor speeds, Orca is not afraid of doing so. It is running an 8-core CPU with 2.2 GHz performance cores and a dual-core GPU for instant chart response.

Orca will reveal more information about the Orca Display 2 progressively over the next weeks. Pre-orders begin in February 2023, with shipping in March 2023.

“The Orca Display 2 is our next step towards creating a modern alternative for boaters. The Orca Display 2 runs the Orca navigation experience, but it is also opening up the platform for other marine applications making the Orca CoPilot an open alternative to the closed ecosystem of the legacy chartplotter manufacturers”, said Jorge Sevillano, Orca’s CEO. 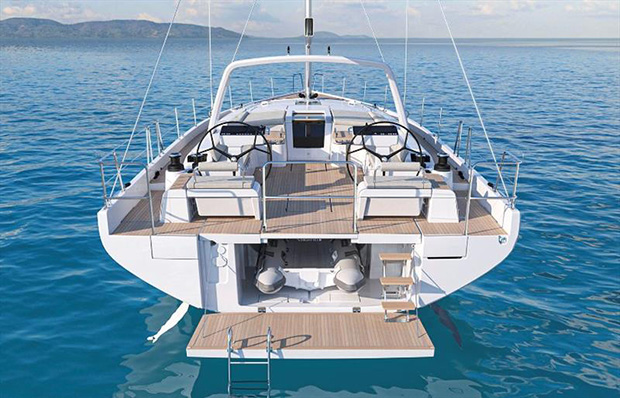 The new Oceanis Yacht 60 flagship – Elegance redefined What makes a ...