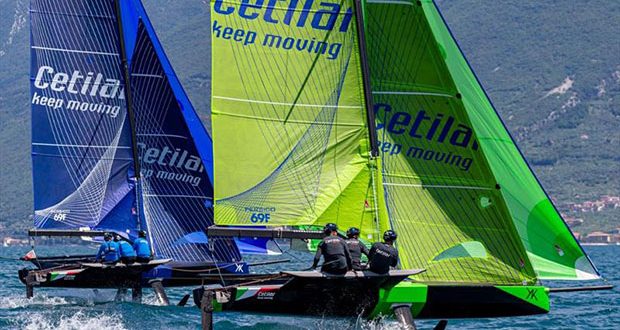 The Persico 69F Cup returns: the regattas of the second edition will begin on 30 April in Malcesine

The first regatta of the second edition of the Persico 69F Cup will start on 30 April, unleashing the innovative foiling boats onto the waters of Malcesine.

Following last year’s inaugural season, the 69F Class is attracting a lot of attention from sailors worldwide. Some of the 14 teams who have confirmed their participation include well-known professional sailors, notably Umberto Molineris who contested the last edition of the America’s Cup as part of team Luna Rossa.

Roberto Lacorte’s Flying Nikka ITA 47 team won the last edition and is now ready on the shores of Lake Garda, keen to put his team’s experience to the test. “We are aware that after last year’s victory we have developed all the manoeuvres well and also the management of the boat, but it will be necessary to work even harder to counter the competition who are also very motivated. The crew worked hard on physical preparation and have already done a couple of practices in the water. We have also developed a database of technical information regarding the best way of driving, trimming and doing the manoeuvres.”

What role do you determine on the Persico 69F?

Roberto Lacorte: “The boat is extremely fast and nimble and only has three crew, so everyone is equally important. Everyone must be well prepared to execute their specific role. The flight controller has to do the most physical activity and is certainly the most tiring role onboard, whereas the helm must remain concentrated and precise at all times.” 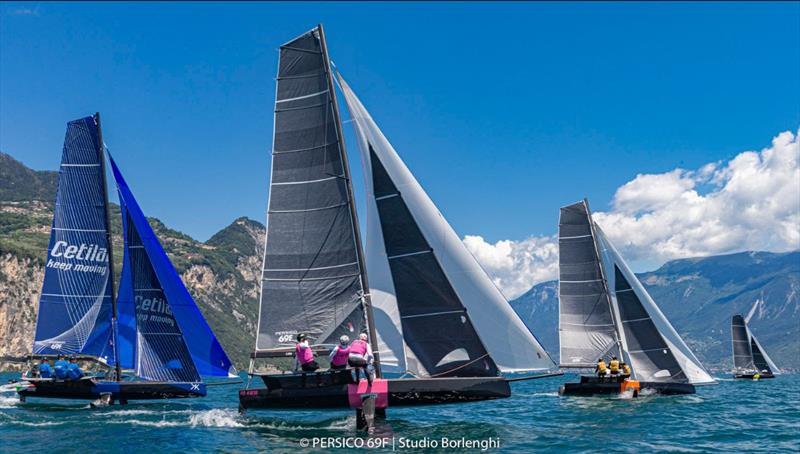 Foiling is the future of sailing; what advice would you give to those who climb onto the Persico 69F for the first time?

“I would say not to be intimidated but rather to get involved in the adrenaline that this type of boat creates. At first it may seem all too quick and fast, but in reality, it is just a matter of training and success will come “.

These wise words will undoubtedly be helpful for Alessandra Angelini’s team, who are taking on the Persico 69F Cup for the first time in 2021. Alessandra, an aerospace engineer and sailor who raced in two Olympic sailing campaigns, matching race in London 2012 and the Nacra17 class in Rio 2016, can’t wait to get started.

“I am happy to participate in the PERSICO 69F CUP, my team will be composed of Duccio Colombi at the helm, Umberto Molineris as mainsail trimmer and me as a flight controller. Umberto just came back from the America’s Cup with Luna Rossa and will be getting on the boat for the first time this week. Duccio and I have already been training on the boat and think we have the roles sorted, but we might still shift things around”.

How should you handle the Persico 69F compared to the other boats you have sailed, like the antique Marga 1910?

Alessandra Angelini: “In the 69F there is much more reactivity than in the Marga, as the wooden structure allows it to be more in sync with the sea than the new materials that are used now. The Persico 69F is also much more nervous, it flies over the water and you don’t have that feeling of weight that you carry around with boats like Marga that weigh 12 tons! The thing that surprised me a lot is that I found a lot of similarities with Marga in that there are no winches and there is a lot of manual work, so in many respects, it resembles the 69F where you have to use human ingenuity to optimize all manoeuvres “. 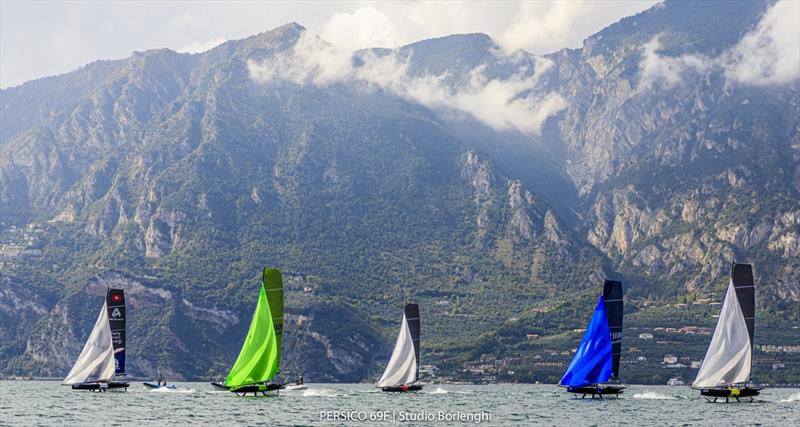 Last year the Academy by Santi Lange was also born, the Olympic champion who also baptized the boat, with the desire to support the young foiling talents of future Olympic protagonists.

The choice to use only six boats reduces the environmental footprint of the class. The class is set up with a “six-pack” of six identical boats supplied by 69F and teams will rotate through them during the course of the regatta. The high-performance foiling boats were designed by Wilson / Marquinez, built in pre-preg carbon fibre by Persico Marine company in Italy. These boats provide emerging young sailors with a world-class tool to race at the highest level.