After beginning its five-year Odyssey on April 9, the vessel, Race for Water, arrived in Madeira on Thursday, April 20 for a short three-day stopover before heading to Bermuda.

This first stopover will allow the crew to make a preliminary assessment of the energy mix and review the first tests with the kite on this ambassador vessel of the Race for Water Foundation.
Since leaving Lorient, Race for Water’s crew has not wasted any time. Between the job-list that goes with setting off on a five-year expedition and handling the renewable technologies on the vessel, they have had little time to devote to the contemplation of our oceans. In fact, it has been all go, because the Skysails Yacht team have taken advantage of the 12 days of sailing from Lorient to train the crew in how to handle the high-altitude kite.

Skysails Yacht’s two German engineers, Xaver and Bernd, organised and ran some tailor-made courses: a presentation of the system, handling, maintenance, theory and operation. Thanks to some good weather conditions, the kite was flown almost every day from Lorient, carrying Race for Water to the Portuguese archipelago of Madeira at around five knots, without use of the electric motors. Driven by the propellers, the motors were even transformed into a dynamo, by the propulsion of the vessel, becoming generators of energy and recharging the batteries. According to Martin Gaveriau, the on-board engineer, the immediate power saved amounted to about 20 kW.

“This is, of course, a point of the operation, it will take us hours of sailing to optimise the performance and refine the range of use,” Gaveriau said. “In any event, the first tests have been very encouraging.” The traction kite was tested by every crew member, winning unanimous approval and they are already keen for the next long drag race in the trade winds.

Race for Water should be back in these trade winds shortly. The three-day stop in Madeira will allow for part of the crew to disembark, revictualling with fresh food, and the welcoming of Marco Simeoni (President of the Race for Water Foundation) on board. The 100% energy-autonomous catamaran should quickly be back on its way to Bermuda, with an estimated arrival on around May 20. 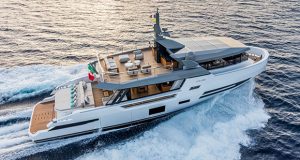 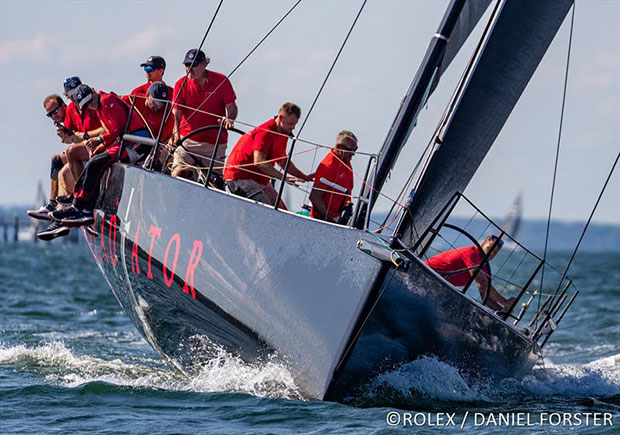